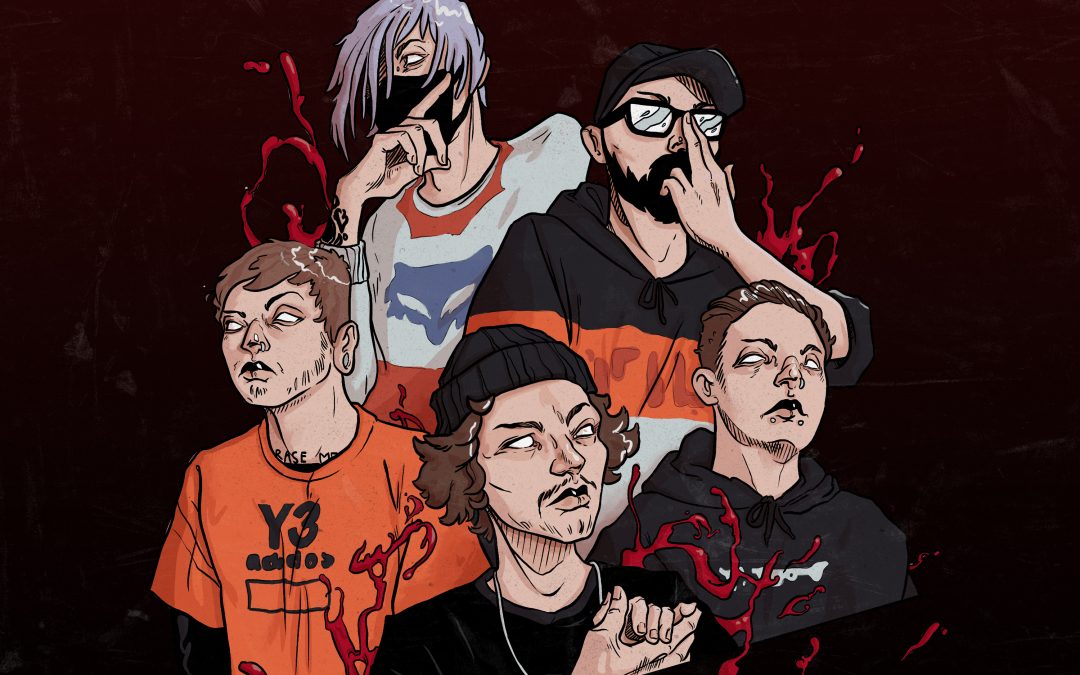 Melbourne’s Alpha Wolf have never been ones to shy away from the darker parts of the human soul, and on their new single Restricted (R18+), vocalist Lochie Keogh stared as deeply into the void as he could, to face the monster inside us all. “Restricted is about selfishly bearing the burden and weight of something terrible that’s happened to someone you love. While you struggle with feelings of helplessness and the inability to protect those you care about, your mind wanders and fixates on exacting revenge so brutal and heinous that you can no longer differentiate between the monsters out there, and the one inside yourself.”

Guitarist Scott Simpson dove deeper into the formation of this track and that moment where everything just clicked. “The main ideas for this song were started when Mitch came down for a writing session in my studio. We knew we wanted to push the boundaries of how heavy we could take Alpha Wolf. As it came together musically we knew it was heading in that direction, but as soon the vocals were added onto the track it just went to that next level, and fast became a favourite of everyone in the band.”

Since their inception, Alpha Wolf have been known for their creative and confronting music videos. To truly bring this vision to life, the band enlisted the help of cinematographer Ed Reiss who helped the band map out a vision for this video. “Coming onto this project, we wanted to convey a narrative that could be reinterpreted by the viewer.  It’s a sobering reality when you learn just how many people experience abuse in one way or another in their lifetime. Developing the narrative as we did, we ended with a project that left a lot of room for personal interpretation. Filming this project in the middle of a pandemic gave this project it’s difficulties, but I think it worked to our advantage.  It gave the actors the real world anxiety that helped them tap further into for their characters, further into the mind state of dream vs. reality.”