Geoff Ong releases a new track we can all probably relate to – Over and over Again! 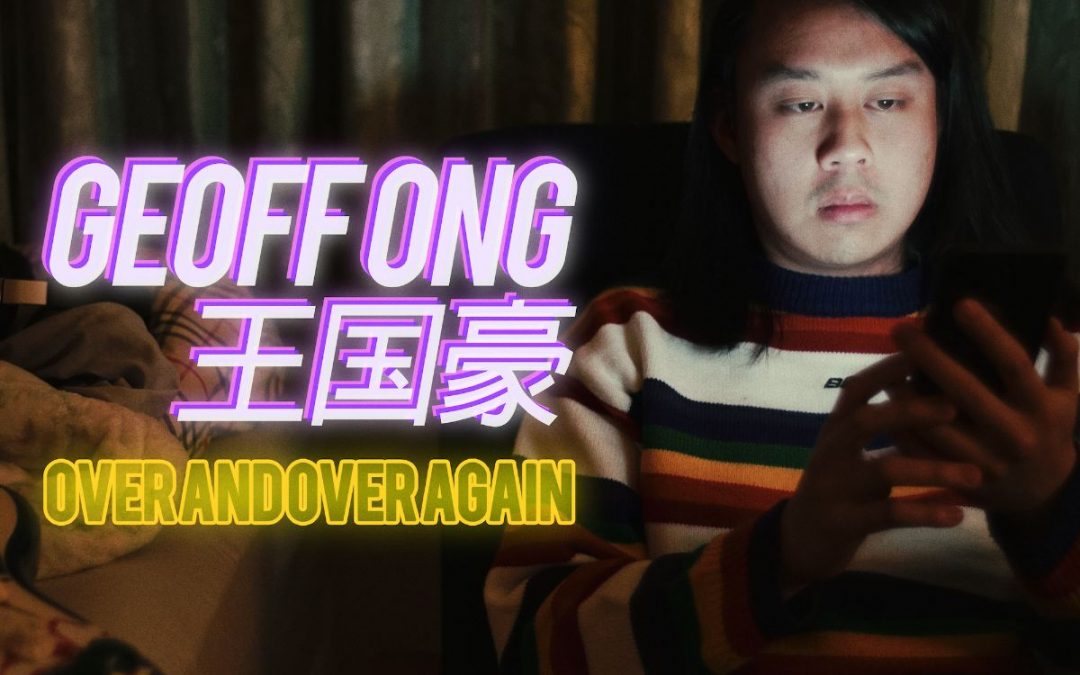 Known for his highly infectious pop tunes and quirky DIY videos, Geoff Ong has dropped another gem of a single, ‘Over and Over Again’, which delves into the relatable topic of social media-induced anxiety.

Listen to ‘Over and Over Again’ here

The new single serves as a warm-up for the Auckland-based artist’s upcoming album MAYBE IT’LL BE ALRIGHT, which is set for release on November 20. Pre-save the album here.

‘Over and Over Again’ is in keeping with Geoff’s skilful knack for turning out catchy pop songs, which leave you humming the hooks for days. He also delivers a strong lyrical message, with an open and honest account of his personal ups and downs when it comes to social media. “I feel like we’re all so hyper-stimulated and hyper-conscious of how we are perceived online, and honestly it makes me feel quite anxious sometimes. I’m constantly comparing myself and my life to other people’s,” he says.

“Being in the music industry, it’s especially hard not to look at my friends’ successes and wonder what I’m doing wrong. There are so many complicated questions to think about when using social media. What am I comfortable sharing? What does this post say about me? How does that align with who I want the world to think I am?”

Geoff cleverly portrays this internal battle in the self-made lyric video. “I feel like we’re often genuinely trying to use social media to feel some sort of meaningful connection, but somehow we just end up talking past each other. So I thought that I could represent that idea in a visual way by having the lyrics play out in real time as a text message conversation on screen.”

‘Over and Over Again’ will sit alongside already released tracks such as ‘I Don’t Know’, ‘Into Into You’ and ‘Fingerprints’, as well as some never-before-heard songs, on Geoff’s highly-anticipated debut album MAYBE IT’LL BE ALRIGHT. The album is a slice of irresistible pop, made up of earworm melodies and hooks, cleverly wrapped up in relatable lyrics.

Geoff Ong is a jack of all trades (singer, songwriter, musician, producer and more!) who has been a part of Auckland’s music scene for the better part of six years. His penchant for pop has earned him the respect of his musical peers and has seen him amass a fanbase of discerning music aficionados.