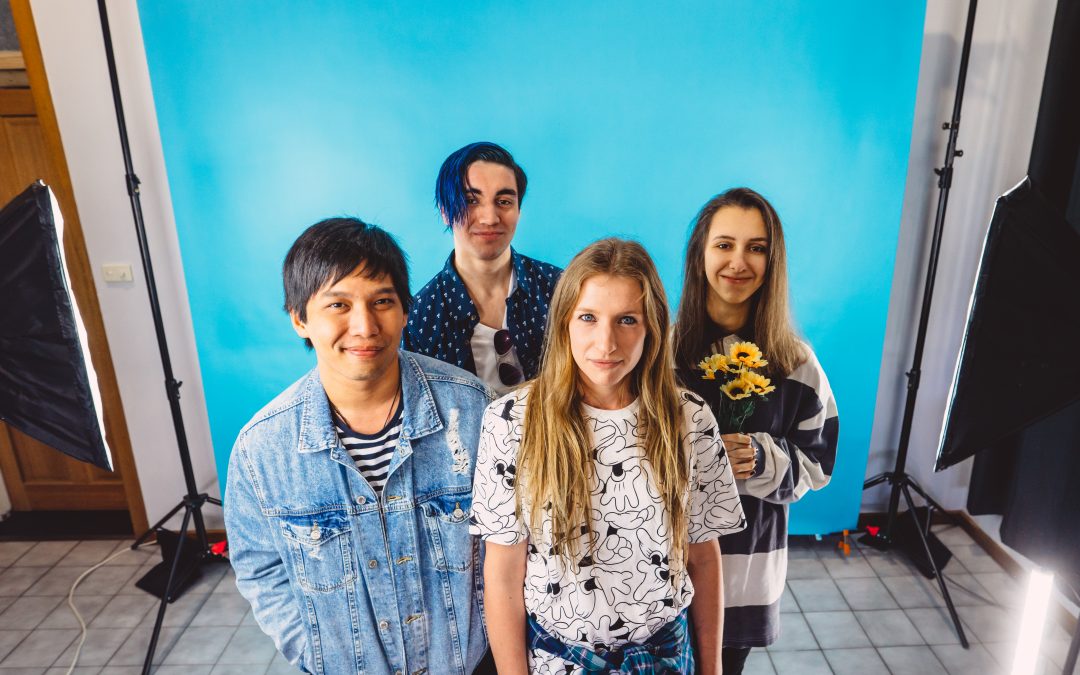 On the surface, “The Fire” is a bouncy pop-punk anthem that combines catchy guitar riffs and punchy drums with pop-sounding melodies. However, the lyrics carry an emotional story that contrasts with the “happiness” of the track. The song is about dealing with destructive habits or addictions and letting yourself down because of the inability to get rid of them. The theme of fire is used as a metaphor: destructive habits consume you like fire consumes a candle.

The colorful video was inspired by iconic late 90’s/early 2000’s bands such as Blink 182, Smash Mouth or even Aqua! What contrasts with all this poppy happiness are the shots of candles slowly burning down, reminding us what the song is about.

Since their formation in 2019, they have played many shows across Sydney and made a name for themselves in the scene. It earned them the opening slot to the Hands Like Houses regional tour in Narrabeen. Their tracks got played on national radios and web radios, such as Triple J, Triple J Unearthed, The Faction.‘What You Wanted,’ charted number #73 on The Faction Hardest 100 (2019) and ‘Breathless Breathing’ aired on Channel 9GO in the show Amplified.

The past months have allowed the band to focus on their songwriting, their aesthetic and artistic vision and the message they wanted to put out in the world. “The Fire” is only the beginning of what they have planned for the rest of 2020.

“Combining catchy melodies and a big punchy sound, these guys are a band you’ll no doubt see a lot more of from here on out.” – Born Yesterday Music

“All in all, this release is a strong start for A Swift Farewell. It’s an easy listen and a perfect example of how a new band can collaborate with an experienced producer to make listeners know they aren’t here to muck around.” – Hysteria Mag