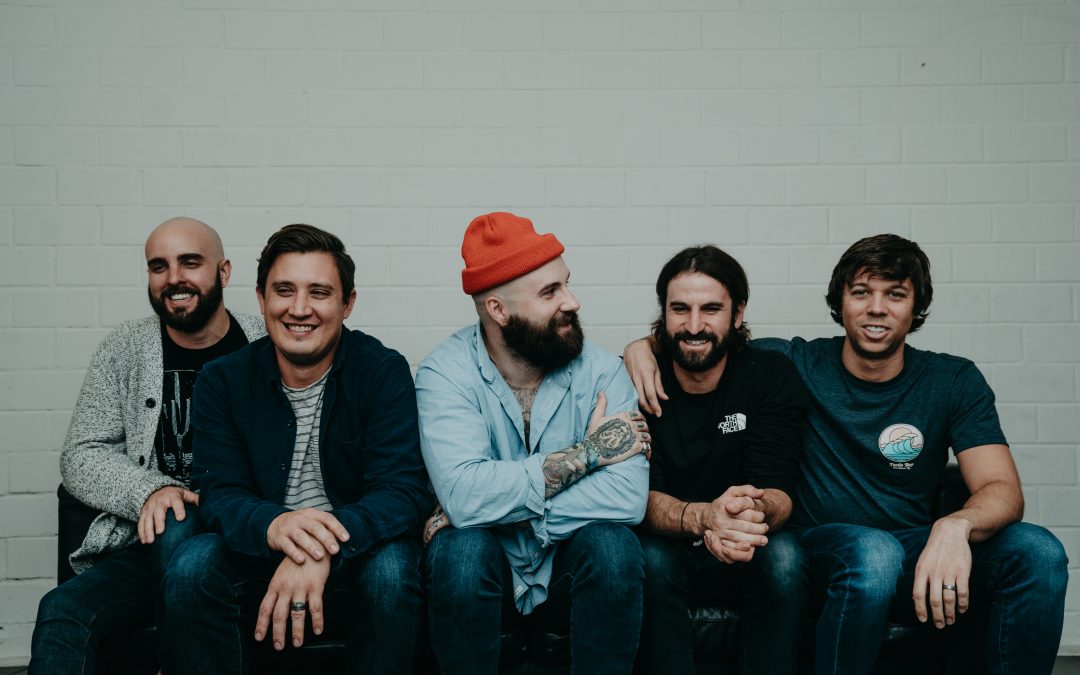 Admittedly, August Burns Red is one of those bands I was late to catch on too. I was immensely impressed with the Grammy-nominated 2015 single ‘Identity’ and thoroughly enjoyed their ensuing LP ‘Phantom Anthems’. The typical ABR style consists of metalcore featuring solo-like guitar that interplay with screamed vocals. It also mixes plenty of breakdown-like riffs with verses. It was assuring to hear from the first track that they’re still holding true.

Lead and rhythm guitars are shared between JD Brubaker and Rambler. Jake Luhrs scream-yelled vocals sounding as sharp and aggressive as ever,. This is topped off with fantastic rhythm support from Dustin Davidson on bass guitar and Greiner behind the drum kit.

A clear highlight comes early on in the album at Track 3, ‘Paramount’. Living up to its track title, I’ll be damned if this doesn’t get chosen as a single and/or get the music video treatment. With a tempo that nearly borders on thrash metal, plus oodles of great melodies, from vocals as well as the lead guitar. There’s plenty of tempo changes to keep everyone entertained, with even a “Whoaaaa” singalong part designed for a live audience, which always goes down well at a metal show.

The band typically like adding in other musical influences on some songs. ‘The Lighthouse’ features (slightly) cleaner vocals, assumedly sung by bassist Dustin Davidson, as well as a spoken-word interlude over slapped bass lines. Being a slower song, this fifth track seems to also serve as a chapter-end to the first half of the album. ABR also dabbled briefly in the djent style on ‘Dismembered Memory’. Following the likes of Periphery, with sharp popping syncopated guitar and bass notes, especially during the bridge.

For those who like their tunes darker and heavier, then Track 8 ‘Bloodletter’ is for you. Luhrs’s vocals are noticeably more growly and the guitar flourishes aren’t in the front seat. There are veins of Gothenburg melodic death metal and plenty of crunchy riff-drops; this is ABR in one of their angriest moods.

A couple of songs exhibit great technicality, like the solo on ‘Extinct by Instinct’. But is overshadowed by the powerful first half of the album, making them somewhat forgettable, such as ‘Empty Heaven’. The last track on the album, ‘Three Fountains’, is perhaps the least convincing track. Despite being an album-closer, the song still lack in the dynamics department, especially compared to the rest of the album. It also stretches well past six minutes. The “adrift-in-the-ocean-during-a-storm” atmosphere of the middle passage could have been explored more, or even repurposed into an instrumental ending.

For sure, ‘Guardians’ carries the ABR style of slick guitar leads over verses, groove-heavy fills and categorically harsh vocals. The first half of this album feels like an extension of their previous release ‘Phantom Anthems’, though the last half takes on a darker in mood. However, taking a step back and hearing the album for what it is, the calibre is still high, production is excellent and there are huge amounts of aggression and energy for everybody. Again, there’s ‘Paramount’, which I’ve gone back for countless re-listens!