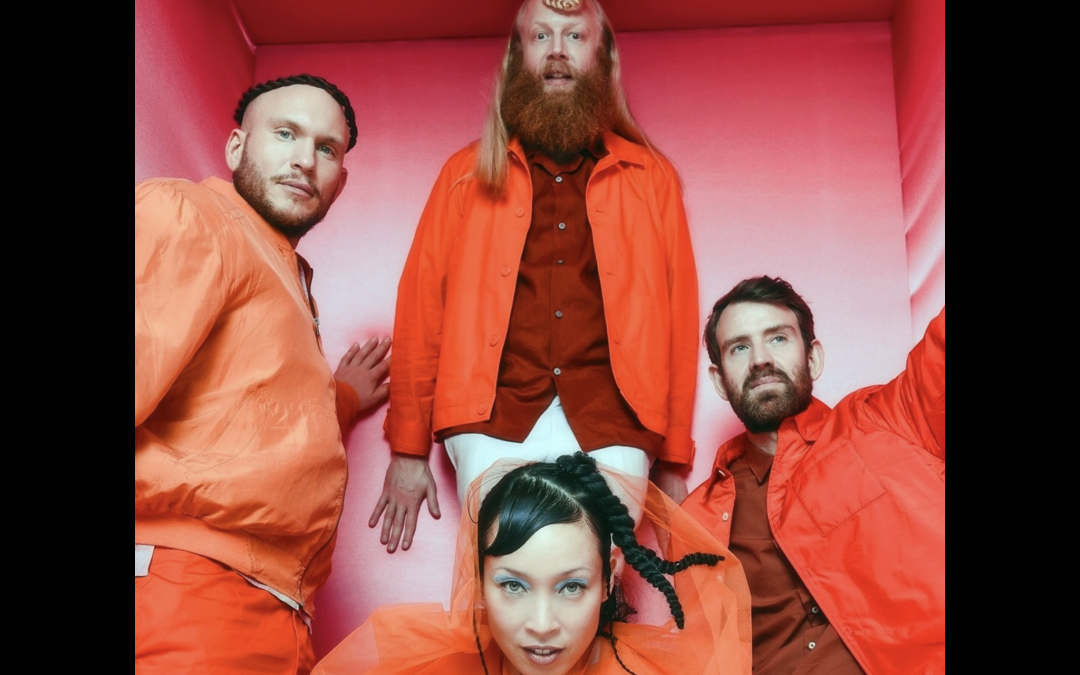 Little Dragon have been on a recording rampage for most of their collective lives – managing to release an album or EP roughly every two years since their self-titled debut in 2007. Fast-froward to 2020 and their sixth full length sees them joining forces with iconic electronic label Ninja Tune for the eleven tracks of enchanting aural goodness that is New Me, Same Us.

Opener ‘Hold On’ sets the futurist RnB vibes early on and highlights the effortless-but-inarguably-well-crafted melodies (especially those permeating from Vocalist Yukimi Nagano) that are a hallmark of Little Dragon’s sound. The gushing synth-pads, meandering-under-neon-lights-at-3am momentum and street savy delivery immediately conjurors likeliness of the unmistakable Kali Uchis (who later makes an appearance on the positivity-encouraging ‘Are You Feeling Sad’).

The hyper-stylised synth runs on ‘Rush’ sound more as if they were played by a musician donning diamanté-studded sunglasses on a yacht in Miami rather then in the snowy Swedish city of Gothenburg. This command of escapism and projections of particular moments in time and space that really stand out to me throughout New Me, Same Us.

The opening line of ‘Kids’, exclaims that ‘I feel good, my life is about to explode!’ comes across as both a vessel of positivity for moving passed our present global pandemic, as well as eerily prophetic, implying some kind of foreknowledge of the current cosmic shifts that seem to be occurring.

Fans of consistently consonant harmonies and immaculately delivered vocals will find many a musical treat on this opus, which seems manifold in influence. I can hear clear elements of trip hop in the timbral decisions of some of the low end synth voices of the latter part of the album, as well as classic funk/soul in some of the rhythmic patterns that are made use of earlier. The music nerd in me even delights at the use of dub delays on the vocals in ‘Kids’.

Even the track listing appears to have been contemplated carefully with closing track ‘Water’ dripping out of the listeners ears and mind in a remarkably final-feeling manner.

As a whole, the album comes across like your cool, slightly older friend that you had during a formative phase of your life: offhand, approachable and chill, while still being undeniably refined, cultured and intelligent. All in all, this is well rounded album which I reckon would compliment both a mulled wine at home or a crisp lager by the beach.