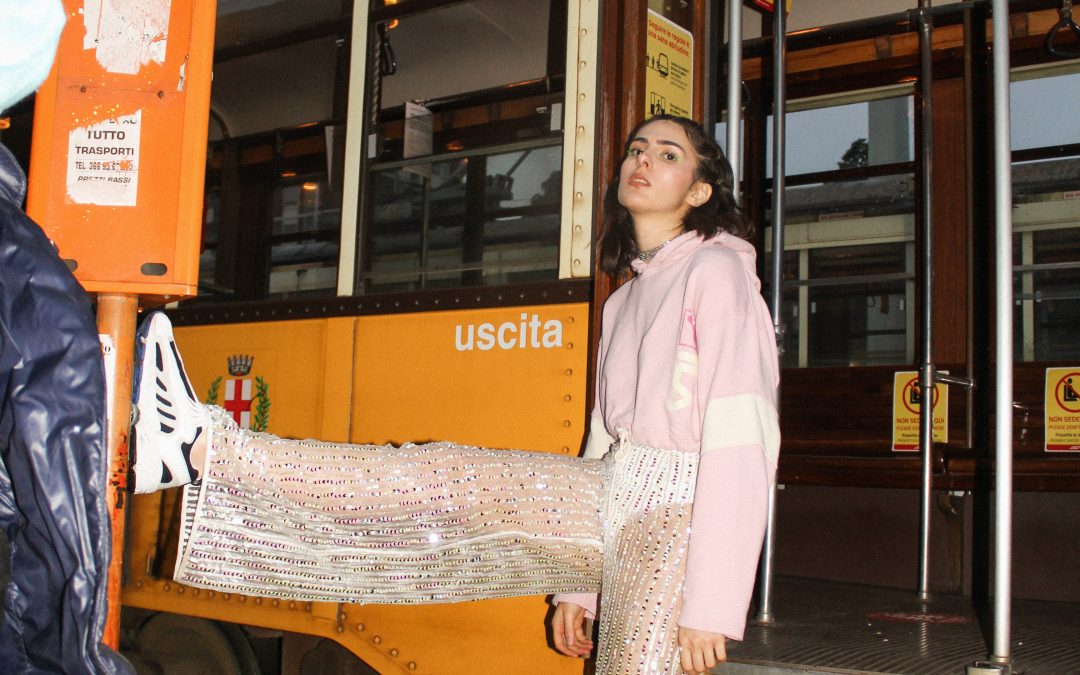 There is something about this track that just feels almost nostalgic in a comforting way. It almost takes me back to the 90’s when artists did homemade, film-style videos and just kept it simple. ‘Something Special’ is a nice acoustic track that really elevates the more raw sound in Alessia’s vocals. This is the track you can just chill to or sing-a-long to when you’re thinking of that awesome person in your life. Then to top it off the accompanying video just ties into it so perfectly with that homemade feel and the good feelings the song gives you. You can’t help but smile a bit.

FOR MORE INFORMATION, CHECK OUT HER OWN PERSONAL PRESS RELEASE SHE SENT US:

Billboard says my single “OMG” was their Queer Necessities of May 2020 and nss G-Club said I’m one to keep an eye on.

It all started with my dad allowing me to play in his recording studio as a baby: I was surrounded by good music all day long and when I started singing everyone noticed there was something special (and POP) about my voice. In my teen years I delighted my inner Hannah Montana several times: at age 12 I debuted on the popular italian national tv show “Io Canto” (“I sing”), followed up by a real arena tour with the rest of the cast; at 17 I randomly was cast in The Voice Of Italy and – fast forward – I’m now 22 and I’m an independent artist, vocal producer and vocalist making music with producers from all around the world from my tiny home studio in Milano.

My edm records  are on LoudKult, NCS, oneseven, Sirup,STMPD and where supported by Spotify, Nicky Romero and Martin Garrix.

My soft-pop single “Something Special”, was written with Ryan Stewart (Carly Rae Jepsen, Alan Walker, Simple Plan) during a video-call session and did the vocals by myself in the intimacy of my small home studio. I also made a music video directed by my best friend aka the guy that inspired the song.

“Something Special” is stripped down, raw and intimate celebration of real friendship; the production is minimal and leaves space to the vocals, that are nicely supported by the guitar throughout the whole song and a hint of rhythm towards the end.

Ryan took care of production and mixing, and my friend Davide Ruffini mastered it at the Wisseloord Studios in Hilversum, NL.The visuals were directed by me and my best friend Walter Coppola (photographer for Kappa, Mahmood and other major italian artists), who also shot the artwork and directed the video with Megan Stancanelli. The green outfit from the video was completely taylor-made by Serena Nappo in Naples. Graphic design by my friend (and awesome singer too) Salvatore Esposito aka @theartofeko.