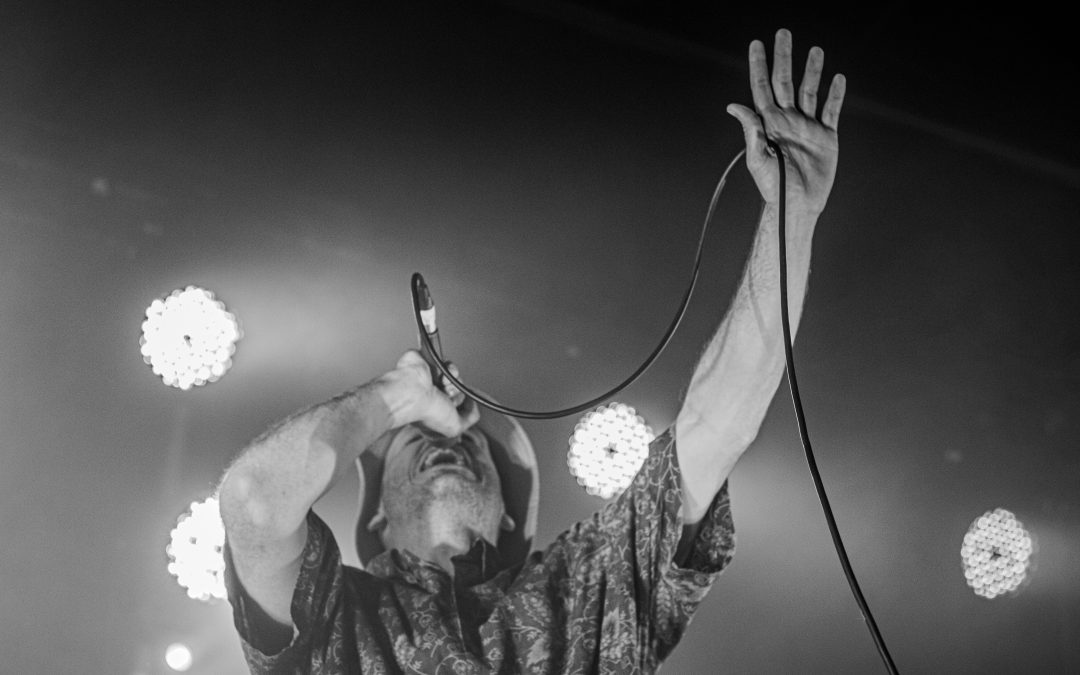 As part of Elemental Nights, Hollywood in Avondale became one of the main venues for shows. So this was the second time I was here and it actually felt so familiar like this was a normal venue I go to, but it’s not. The last time I was there was for Church & AP. However this time I was there for a sold out Avantdale Bowling Club show. As I arrived to the venue I expected it to be buzzing already but it was quiet. In saying that the first act wasn’t due on for an hour but I got there early as Tom Scott posted that there was limited merch and I just had to have it, sadly that wasn’t there yet either.

After about half an hour or so the crowd began to flow in and by the time the first act took the stage, it was about half full with people still trickling in. Phodiso kicked off the show, chosen by Tom himself to open the show. After recently releasing his ACT 1 EP, I was looking forward to seeing him perform live. He took the stage with 2 women on backing vocals, a percussionist and Mazbou Q on the decks and BV’s as well. There was no theatrics to this performance. It was just pure confidence and energy. Phodiso performed an incredible set that I couldn’t fault and the crowd were definitely absorbed in it as well. At the end of his set he let the crowd know about the solidarity meet-up for the #EndSars movement which took place in Aotearoa Square the following day (Please look into it!).

Hollywood had become very packed at this point. There really was no moving around as everyone got refreshments and got their spots. Though it was at this point that the merch he had got made had arrived. People swarmed the table as to not miss out, I was definitely one of them.
Then as I’m just outside the door, I hear music start and Avantdale Bowling Club take the stage. The crowd were practically building at the seams and were so excited as Tom Scott dove into the performance. There were even people in the front row practically reaching out to him. There was a lot of energy coming off all the performers, you could hear and see their passion. I don’t know if it’s because he was just excited to perform or because it was hometown show. Either way, there was definitely a strong positive energy in the air. Tom occasionally stopped to speak to the crowd, my favourite part was when he touched on friends being on the guest list and being emotional support rather than supporting him financially. Though it sounded like he was just being funny there is definitely a strong sentiment in that – support your friends! There were also moments where Tom just delivered bars without music, bringing more power to the words he was rapping.
The show felt like it just kept going and going and honestly I don’t think anyone had a problem with that. The crowd was really having the best time! I didn’t think there would be any surprises but I guess I didn’t know what to expect. But as he is performing ‘To Live and Die in AD’ – Melodownz joined him on the stage. Both all smiles as they performed together. I don’t know if it was this moment or just the fact it was a sold-out crowd or both, but you really just saw how special this all was/felt.

This show was definitely a great one and probably one of the best that was part of the Elemental Series.An incredible show that just reminded you how talented our locals are and how hard they actually work.