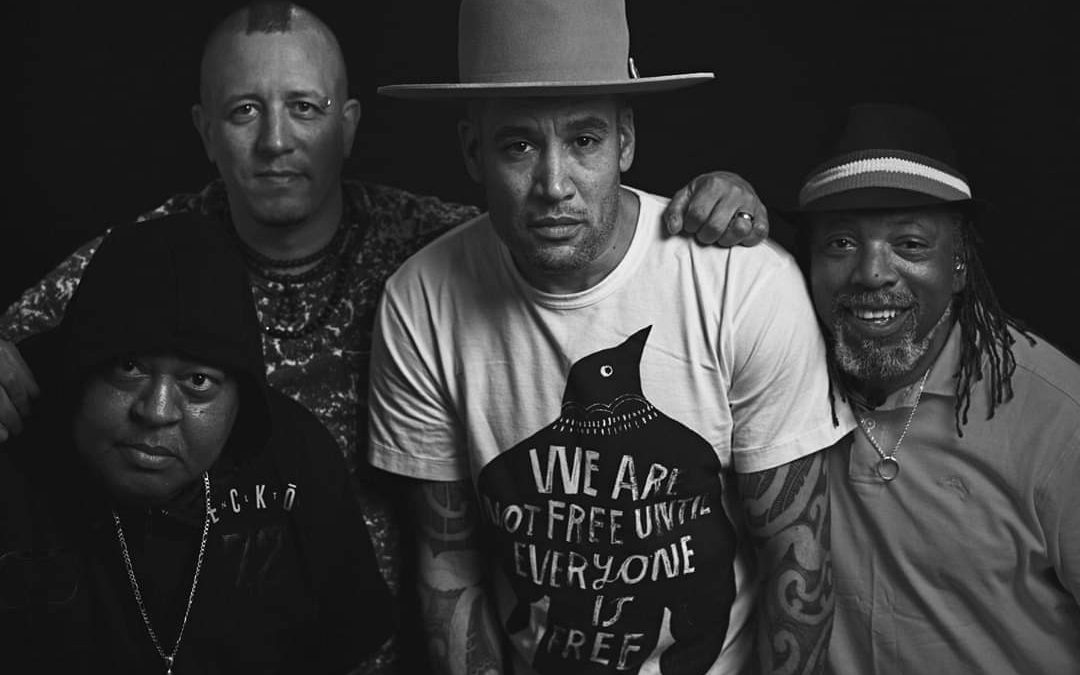 I arrived to Logan Campbell Centre around 07:15pm and made my way in with the steady stream of people. There was a line to get in as people arrived just before the opening act was due to go on. Now much to my surprise and I’m sure that of many others, the opening act had  already started. Matt Corby was already on the stage with his band and had apparently started at 07:00pm, rather than the publicised time of 07:30pm. Times are always subject to artist changes but moving the concert forward so last minute definitely upset a lot of punters.

Aside from that, Matt Corby played an incredible set, from the bit I saw of it. He didn’t seem to interact much with the crowd except for a thank you. But I don’t think he really needed too. Matt Corby had great vocals and the band really amplified that with the array of different instruments and the women on backing vocals harmonising with him. I liked the mix of tracks Matt played. He doesn’t seem to play much of his older music anymore but you can almost guarantee ‘Brother’ will be in the setlist and you have to sing-a-long. I have to say he really set the bar for the evening.

Ben Harper took the stage earlier than scheduled to an excited crowd. Logan Campbell Centre was quite packed at this point and the bar line was insane and just didn’t seem to die down. Ben started off his set sat down with his guitar on his lap. It was almost as though he was in his own bubble just having a jam session as he didn’t look up at the crowd or anything, he just played. There was something admirable and almost passionate in how he played. You couldn’t really see his face much as he wore a large hat.
Ben Harper’s attitude and performance didn’t seem to change much throughout the night. I don’t know what it was but I felt quite a bit off. It was almost as if he didn’t want to be there sometimes but I also haven’t seen him live before so I didn’t know if this was a regular thing. I was more distracted by his percussionist who was just full of smiles and beaming with positive energy, it was the best.
But I don’t think I was the only person who felt like something was lacking or missing as the crowd began to slowly drip out of the venue about halfway through his performance and towards the end more people began to leave. I think it was a combination of performance but also traffic etc. The choice in venue may have been a factor too. People wanted to sit down and they couldn’t as the only seats available were the small lot upstairs.

I don’t know what it was but though he played and sang well, there was just nothing to keep me there and I ended up leaving early to beat traffic. He did a great interview on The Project prior to the show which got me excited for the show but something just wasn’t there. Matt Corby really was the highlight of the night for me.