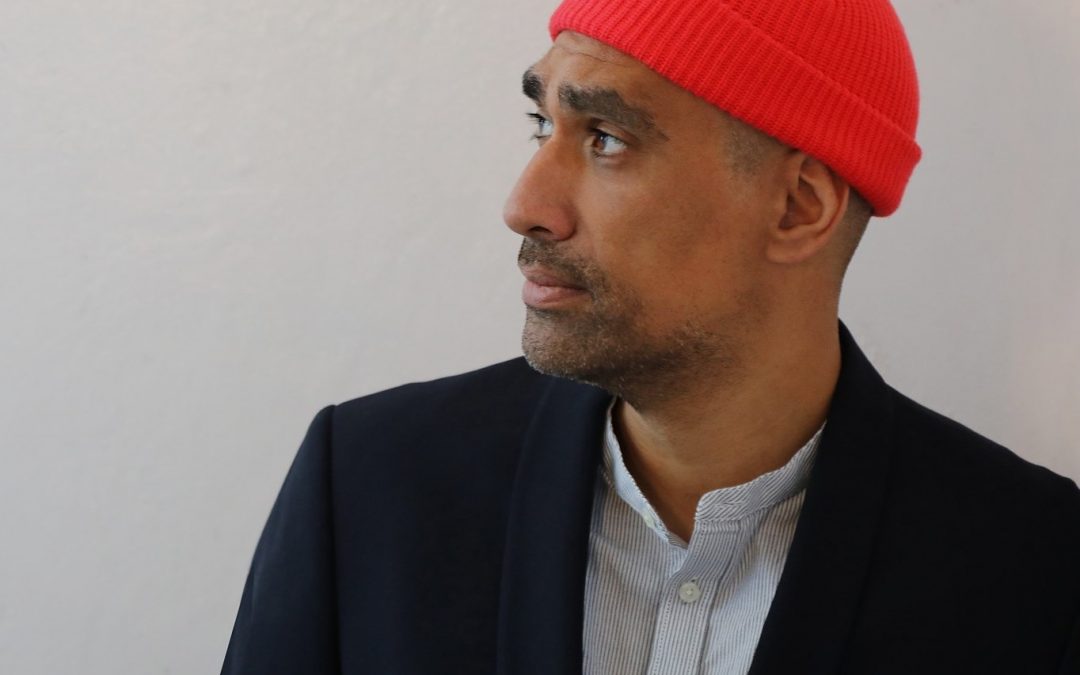 There’s beauty in the power, ‘No Flowers’ is the first solo release in over two decades by Dallas Tamaira aka Joe Dukie.

Written about the powerful women in his life, the way they hold it down with grace and make you welcome at their table ‘No Flowers’ is a peaceful slow song, a timeless classic.

The soulful rhythm and acoustic guitar reflect the aroha that Dallas has for the late Bill Withers, a musician who has deeply influenced his music.

The lyrics were sparked by an Ans Westra photograph of a mother holding her child, her hands dusted with flour.

“It all came from that photo. In many ways there’s a little bit of her in all of New Zealand women. My Mum can relate to holding a kid and making bread with floury hands” Dallas says.

In March when the New Zealand lockdown kicked in, Dallas was just about to finish a mandatory 14 day self-isolation taken on the trail of Fat Freddy’s Drop sudden departure from Berlin. The dramatic halt to Freddys two month ‘Special Edition Part 1’ album release tour across Europe and UK proved serendipitous for Dallas and his music. For the self-proclaimed introvert, Dallas turned the potentially negative experience of lockdown into a positive and productive time.

Dallas says that shifting to a peaceful and slower pace of life and making slow music really made sense. Dallas is proud about leading the creative process and release for ‘No Flowers’, a contrast to working in a band of seven.

Joining Dallas in the making of ‘No Flowers’ is friend, musician and Producer Devin Abrams who makes music as Pacific Heights and is the producer for the Drax Project.

“Dallas and I have shared a close friendship/brotherhood alongside the odd creative collaboration for many, many years. It is now though, that we have closely begun to work together on fully articulating his own creative stories through this project. I have always treasured his approach to his art and how committed he is to each and every word he sings and it is an honour to be able to help Dallas bring to life these stories in the fruition of fully formed songs. Excited about sharing these songs with the world is an understatement and a half….” Devin says.

With an endless number of hits, accolades and successes over the past two decades, Devin Abrams is undoubtedly one of New Zealand’s most versatile and accomplished musicians and producers.

‘No Flowers’ is the first release, with more are on the horizon.

Dallas Tamaira is a multi-talented talented vocalist, musician, producer, illustrator and actor, the conscious voice of a generation.

Under the moniker of ‘Joe Dukie’ he’s risen to international acclaim as the velvet smooth vocalist for Fat Freddy’s Drop, a band considered one of the finest live draws worldwide. In 2020 Dallas Tamaira is making a welcome return to his roots as a solo artist with the release of ‘No Flowers’ his first solo release in 21 years.

Dallas is of Ngati Tuwharetoa and Pakeha descent, born in Christchurch and raised in the small coastal town of Kaikoura. His Freddys stage name is inspired by his father singer- songwriter Joe and paternal grandfather a musician nicknamed Dukie after Duke Ellington. Music is in the blood. Legendary singers Bill Withers and D’Angelo are strong artistic inspirations and influences.

In Christchurch, Dallas joined the likes of Ladi6 and Scribe on a school holiday programme run by groundbreaking theatre and music group Pacific Underground. He then joined Pacific Underground to tour and perform around the country as an actor and singer before moving to Wellington.

In the Capital City he linked up with producer and beat maker MU aka DJ Fitchie and the two struck a rich musical vein that continues today. Dallas wrote and released his solo debut EP ‘Better Than Change’ in 1999 with MU as producer. The music video for ‘Better than Change’ was directed by Sima Urale and featured photographer Ans Westra with her distinctive Rolliflex camera and images from her book ‘Maori’ that Dallas has always felt an affinity with.

As Joe Dukie and DJ Fitchie, the duo released ‘Midnight Marauders’ ‘This Room’ and ‘Seconds’ on limited edition vinyl and founded Bongmaster a house party funk jam band. Bongmaster then evolved to a new seven piece group Fat Freddy’s Drop. The rest is history as the independent artist owned and operated soul monster went on to release iconic and award winning albums ‘Live at Matterhorn’ ,’Based On A True Story’, ‘Dr Boondigga & The Big BW’, ‘Blackbird’, ‘BAYS’ and ‘Special Edition Part 1’.

Dallas has fronted Fat Freddy’s Drop powerhouse from the early underground days in Wellington to headlining sell out shows across Europe, UK, Australia and back home in Aotearoa New Zealand. In 2005 Dallas was awarded Best Vocalist at the bNet NZ Music Awards, and he also illustrated Freddys iconic cartoon characters for HOPE and B.O.A.T.S albums.

Dallas is in high demand as a guest vocalist, recording tracks for international acts such as The Nextmen, Gentlemen’s Dub Club, Eva Be, Recloose and Boozoo Bajou and locally with Pacific Heights, Tubbs and Shapeshifter.

“…Tamaira, “one of the most soulful singers of his generation” BBC’s Jon Lusk, BBC