Deathbeds new album is out next week, new single out now & tour announcement! 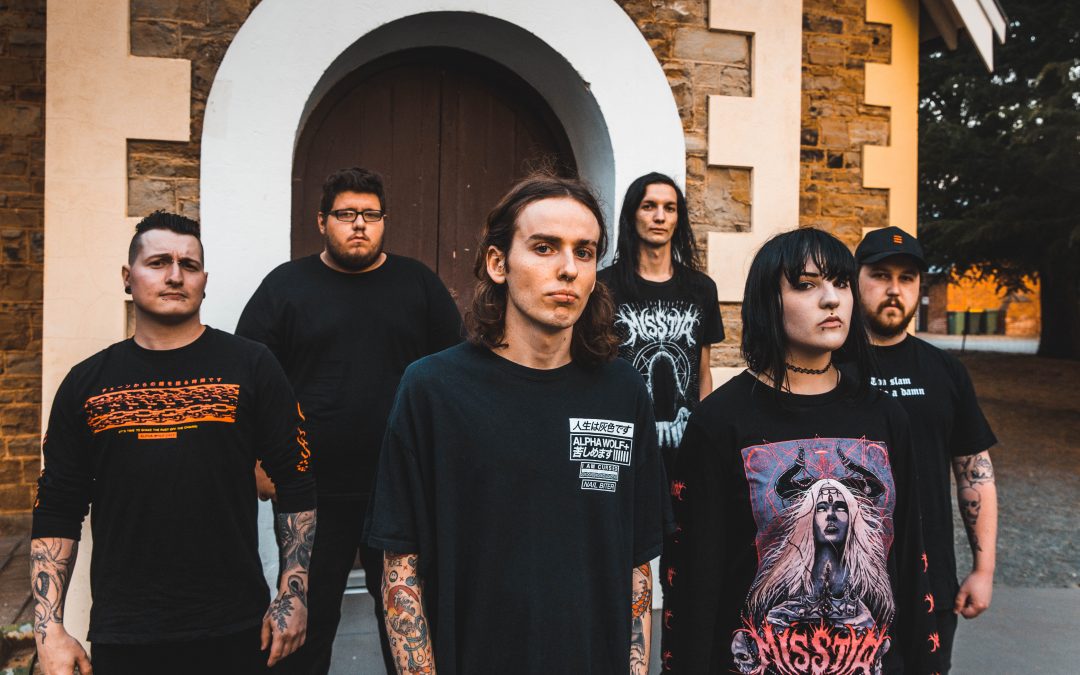 Canberra’s Deathbeds are today releasing the next cut from their forthcoming concept album ‘Sinner’ – a new single that continues the themes surrounding the Seven Deadly Sins. The new track, called “Enough Isn’t Enough” represents the ‘Gluttony’ sin. The new single will be released on Friday February 28th and will be available on all streaming outlets/digital platforms at http://ffm.to/deathbeds_EIE.

The upcoming album is a concept record, taking its theme from the Seven Deadly Sins. The overarching storyline follows a priest abusing the sins in order of Pride, Greed, Gluttony, Sloth, Lust, Wrath and Envy, with the final track representing the Priest’s journey ending in Heresy.

“Enough Isn’t Enough” narrates the next phase in the story with gluttony, and tells the tale of the priests all-consuming power over the people. Where the first single “What’s Yours Is Mine and What’s Mine Is Mine” depicted greed and the antagonists need to take from the people, this second single builds on that concept as if he’s now figuratively consuming his subjects. Sonically the track is the heaviest on the album as it flaunts a heavy hitting driving force throughout, broken in parts by dynamic contrasts from walls of sound to complete silence to Kit Samin’s haunting vocals accompanied by a complementary piano melody.The new album will be released Friday 13 March and can be pre-ordered at http://deathbeds.lnk.to/sinner, distributed through Collision Course Records. The album was mixed and mastered by Scottie Simpson (Polaris, Alpha Wolf, Gravemind) and tracked at Colossal Tracks Studios (She Cries Wolf, Days Like These).

Deathbeds will take Sydney band Teeth out on the road with them in March to unleash ‘Sinner’ to a live audience, beginning on Friday 13th in their hometown at The Basement in Canberra with Pillager and Purity. Newcastle will be up next on Thursday 19th March at Hamilton Station Hotel, also with Pillager and Purity, Sydney’s Burdekin Hotel the very next night on Friday 20th March (without Teeth) accompanied by Pillager, Purity and Elision and finally Deathbeds, Teeth and Earthbound will end their short stint in Melbourne at Last Chance Rock N Roll Bar on Thursday 26th March.

Formed in 2015 by guitarist Anthony Hyde, vocalist David Oliver and bassist Marc Beresford, Deathbeds dedicated three years to mastering their craft before they debuted their live show and their current lineup in 2018 consisting of Anthony, David and Marc alongside new members Kit Samin on keys and vocals, Sam Moloney on drums and Benjamin Poulsen on guitar. November 2018 rolled around shortly after and saw the release of the ‘Death‘ EP which was recorded by Calum Johnstone of Honest Crooks.

“Enough Isn’t Enough” is out Friday February 28 and available at all online stores and streaming platforms. Stay tuned for ‘Sinner’, out March 13 – available for pre-order now!