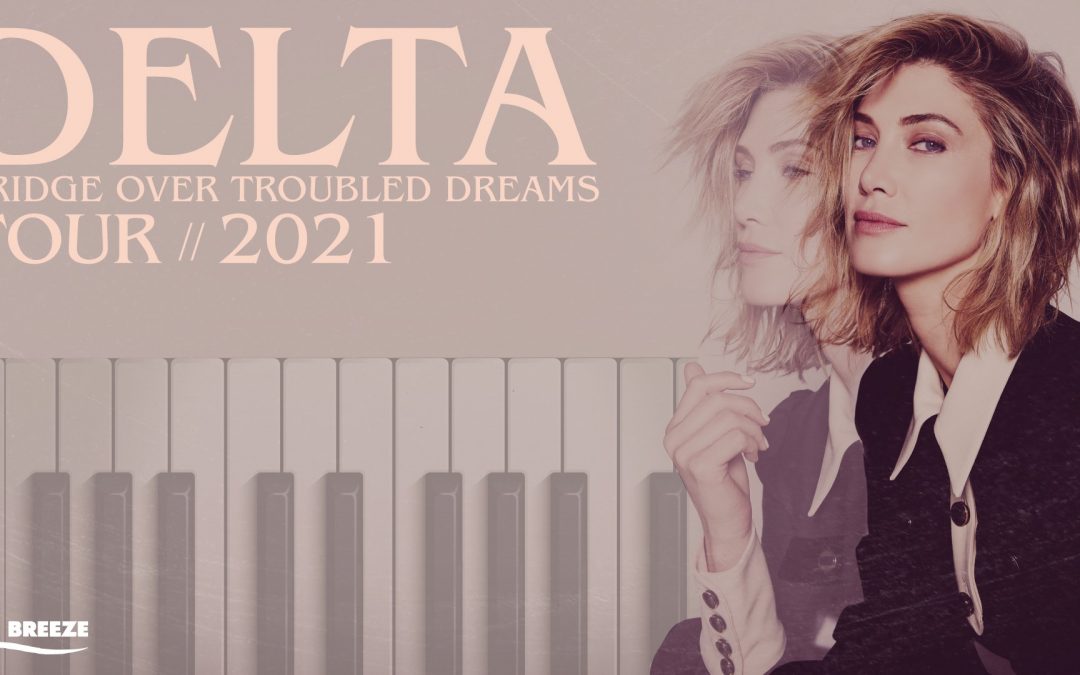 Pre-sale tickets will be available via The Breeze ( Auckland, Wellington,  Christchurch ) from 10am (local) Wednesday 15 July 2020, before the general public on sale at 10am (local) Monday 20 July 2020 from Ticketek and Ticketmaster.

Delta said today, “There’s nothing like being on tour and being with people face to face and to share in the magic of live music. Nothing gets me more excited than creating a world for everyone to come to. Visually, I love to make sure a tour represents the energy of what this new album embodies. There are going to be incredible musical moments in bringing to life the surprise elements of this new album and all of the favourites from my previous records. Anyone who has been to my shows knows that I like to have a lot of fun and this record and tour is no different.  I know many people are going through challenging times right now; come next year I want to invigorate and empower everybody in the room to have the best night of their lives and we’ll sing and dance through it all.”

For the past 17 years Delta Goodrem has provided a soundtrack to the lives of a generation of music fans in Australia, the UK and around the world. She has achieved 17 top 10 hits, four #1 albums, and sold over 9 million records worldwide.

Delta has been busier than ever, recently undertaking highly acclaimed performances for global event ‘One World: Together At Home’ and ‘Music From The Home Front,’ where she shone as one of four hosts and delivered a show-stopping duet performance of the Men At Work classic “Down Under” with Colin Hay.

Keen to connect with her fans from all over the world, Delta also launched The Bunkerdown Sessions via her social media platforms, performing live deep cuts from her extensive catalogue and some new pieces she had been working on, including recent single, Keep Climbing.

She also launched Delta Goodrem Foundation, in partnership with St Vincent’s Hospital in Sydney, to help fund medical research into blood cancers and auto-immune disease and $1+ GST from every ticket purchased to the BRIDGE OVER TROUBLED DREAMS TOUR will be donated to the Foundation – visit https://deltagoodremfoundation.org/