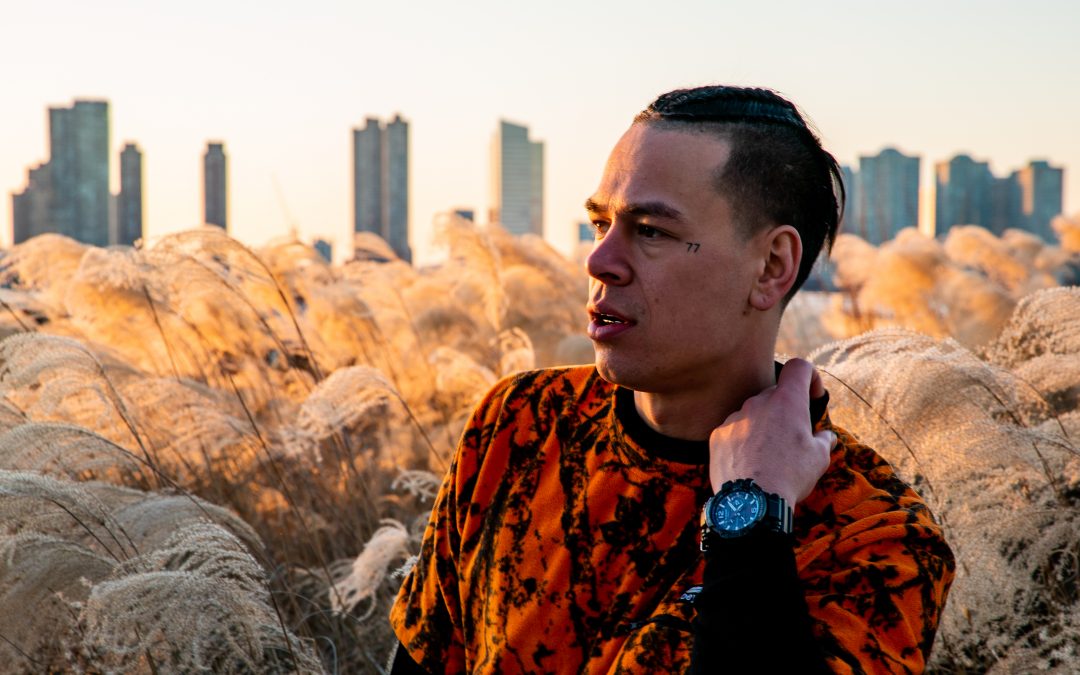 Well-known and respected Aotearoa rapper Diaz Grimm today makes his long-awaited return with a double single release, ‘WWYD’ and ‘2am NewYork 2018’ off his upcoming up EP, YUNG NEWZEALAND.

This is the first new music from Grimm since his critically-acclaimed 2017 EP, TIMELESS.

Hailing from the small town of Cambridge, Grimm released his debut album, OSIRIS, in 2015 and it was a soundtrack to the end of the world. A post-apocalyptic sonic journey that resonated with audiences and critics alike. The success of OSIRIS saw Grimm nominated for Best Urban/Hip-Hop Album at the New Zealand Music Awards that year. The album topped the NZ iTunes hip-hop charts, reached the official NZ Top 20 album charts and became the most upvoted self-posted album in the history of the Reddit/hip-hop heads forum.

Following the success of the album, Grimm in 2016 became the first self-managed, unsigned artist from New Zealand to ever be invited to play SXSW. Grimm made it to Austin, Texas for SXSW2016 where he began a three-month journey alone around America hoping to build his knowledge and network in the music industry. During the trip, he met the likes of Chance The Rapper, A$AP Rocky, Alan Kingdom and was invited to meet with major hip-hop blog, HotNewHipHop.

Grimm worked on his single ‘Foreigners’ with Grammy award-winning producer and songwriter Mike Elizondo who also produced Eminem’s ‘Real Slim Shady’, 50 cent’s ‘In Da Club’ and The Game’s ‘How We Do’. ‘Foreigners’ debuted at #16 on the NZ singles charts and was the only unsigned, self-managed artist in the charts that week as well as becoming the only Kiwi on the front page of the NZ Top 40 the week of release.

The upcoming new YUNG NEWZEALAND EP is a long-anticipated return from the celebrated Aotearoa rapper with a lot of new exciting music on the way.