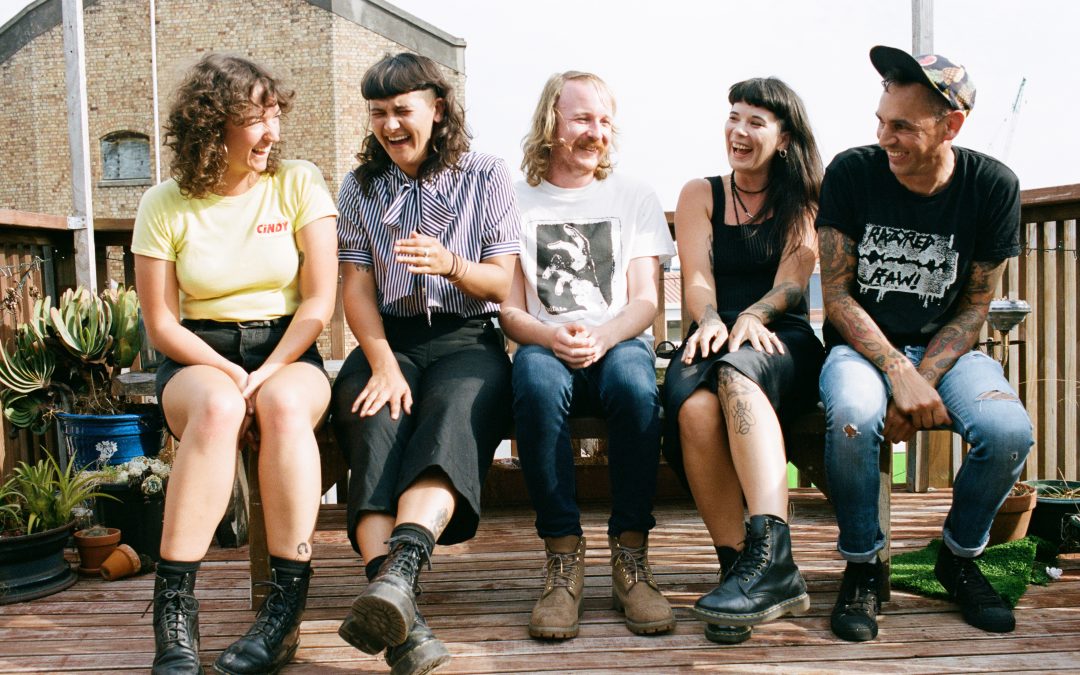 Dick Move have officially announced their debut album ‘Chop!’, to be released both digitally and physically on October 16th, 2020 via 1:12 Records. The band have also shared the final single ‘Femoids Attack’ — using the 50s sci-fi trope of stealthy Pod Person invader seeking to take control of civilization, launching an assault on today’s moral guardians; the red pilled misogynist manosphere.

Energised by a strong community fighting for important social change and a need to turn late night political chat into action, Dick Move was formed in the depths of Karangahape Road’s Whammy! Bar and has become an essential party punk voice for women, working people, and for all those that are fired up to make change in the world.

Their album ‘Chop!’ was a 5-way collaboration over New Zealand’s 2019/2020 summer. ‘Chop!’ draws on shared experiences to pair weighty and spitting lyrics with bright and relentless hooks. The 13 tracks were lovingly produced, recorded and mixed by Peter Ruddell (Wax Chattels, Sulfate) at his home on Karangahape Road in Tāmaki Makaurau, Auckland.

With show upon show upon tour upon tour being derailed by Covid-19, maintaining momentum as feminist-socialist-party punk agitators is challenging to say the least, but Dick Move will keep doing what they do best; shouting across oceans from the bottom of the world about things that matter, in a thick kiwi accent.