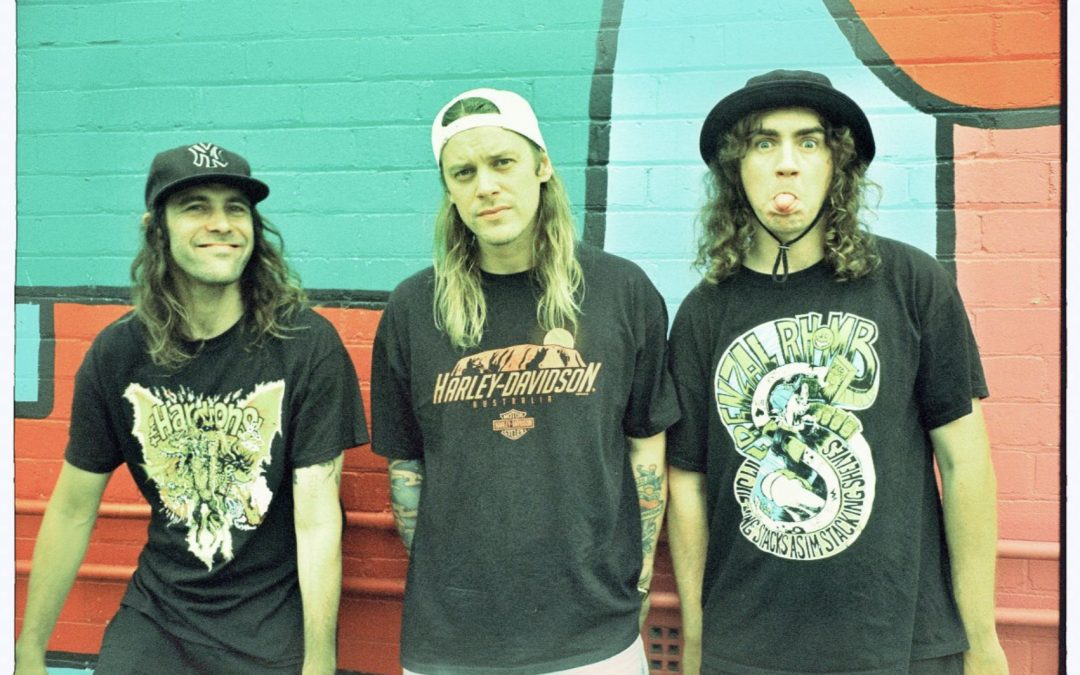 Premiering on YouTube, the video takes the viewer across the band’s headlining album tour last month which saw them play their biggest rooms yet in Adelaide, Perth, Brisbane, Sydney and Melbourne with bands Ruby Fields, Dear Seattle and TOTTY on support.

Of the video, Dune Rats frontman Danny Beus says, “We always pictured Bad Habits would be a live clip, even when recording it we’d joke about how big the chorus feels and fun it would be to play it live. So we all feel really lucky we were able to go out on tour a few weeks back and film it while having an awesome time playing to epic crowds.”

The video follows the release of the band’s long-awaited third LP, HURRY UP AND WAIT, out now via Ratbag Records / BMG.

Featuring tracks such as ‘Stupid Is As Stupid Does (feat. K.Flay)‘, ‘Crazy’ and ‘No Plans’, the record went #1 on the ARIA charts, #1 on the AIR Independent Chart, #1 Australian Album Chart,  #1 ARIA Vinyl Chart as well as the coveted triple j Feature Album week of release.

HURRY UP AND WAIT, with producer James Tidswell (Violent Soho), engineer Mitch Kenny, producer/songwriter Miro Mackie and mixer Mike Green is the band’s cleanest and most mature release to date, seeing the trio evolve while also honing their beloved brand of raucous, anthemic 90s skate-punk. And while they might write about new life experiences and exploring new musical styles – they can’t just be that ‘Scott Green’ band forever – the band proves just as tongue-in-cheek and down-to-earth as ever. Above all, Dune Rats are just always trying to keep it real, no matter where they are in life.

The bands’ third record is their first since the breakthrough success of their 2017 record,THE KIDS WILL KNOW IT’S BULLSHIT, which landed four singles in triple J’s Hottest 100 between 2016 and 2017, debuted at #1 on the ARIA charts, was nominated for ‘Best Rock Album’ at the ARIAs and saw the trio taking their explosive live show to larger and larger crowds at sold-out headline shows around the world and at home with headline slots at Splendour in the Grass, Falls Festival, Laneway Festival and more.