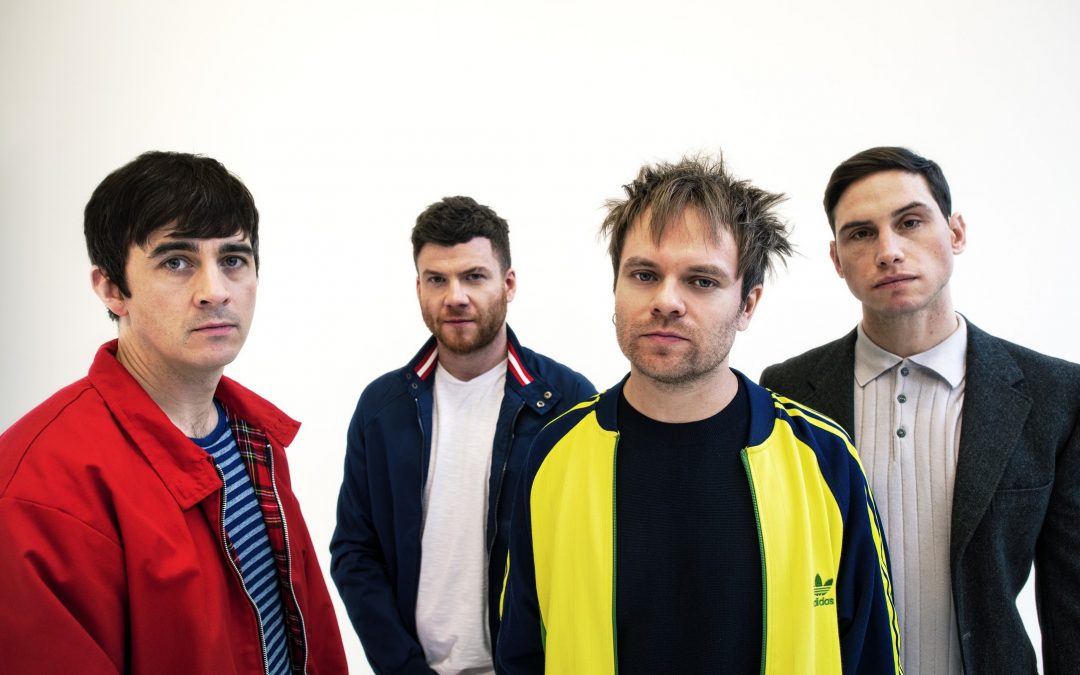 Enter Shikari have unveiled a second track, The King, from their anticipated album Nothing Is True & Everything Is Possible released on April 17, through So Recordings. The King fuses breakbeat tempo verses with brass-fuelled punk roar choruses, passing through an unexpected minimal “pop drop” on a journey towards its (in the parlance of the composer Rou Reynolds) “ghastly breakdown”.
Listen to The King here and on Youtube here.

Frontman Rou Reynolds said: “The King is about the fervent, rushed desire we as humans often have for revenge. It’s almost a lesson in patience and forgiveness. Not just lyrically, but also because of how much of a struggle this boisterous track was to make. The fiddly detail in the drum production, the weird guitar tones, the five different choruses I went through before finding the right one! We’re glad we stuck with it and tamed this beast and can’t wait to play it live.”

The release of The King follows the video for first single The Dreamer’s Hotel and the announcement of additional intimate album launch shows in Moscow and New York both of which sold out in under a minute.

The Dreamers Hotel video was shot in Paris in February 2020, and directed by visual artist Polygon (Tame Impala, Bring Me The Horizon), who also directed Enter Shikari’s previous single Stop The Clocks.

“We took another wonderful trip to Paris once again to record a video with our friend Polygon. We built minimal hotel sets and used psychedelic analogue effects to create a space that reflects the hope but also the desolation of the song.” (Rou Reynolds)

Nothing Is True & Everything Is Possible is produced to dazzling effect by renowned frontman and visionary Rou Reynolds, from a band at the peak of their creative output with a unique story, underlining their 13-year succession as a pioneering and uncompromising musical force. This is an album about possibility, the unnerving irony of endless possibility, the band asking themselves what they can achieve as the world questions “what is possible?”.

Nothing Is True & Everything Is Possible is a lucid soundtrack for a new decade, with a poignant social commentary that expertly leads the listener from pure pop to scorching punk-rock fury, through four-to-the-floor beats and beautiful orchestral composition. Waltzing Off The Face Of The Earth (I. Crescendo) and (II. Plangevole) draws you into the madness of modern life, “you can’t trust your own eyes, and you only hear lies, our future’s been denied and there’s nowhere to hide now that nothing is true and everything is possible.” Elegy For Extinction is a classical gem recorded in Prague with the City Of Prague Symphony Orchestra, and arranged by renowned film & television soundtrack composer George Fenton (Gandhi, Blue Planet, Planet Earth, Groundhog Day, My Name Is Joe), and the first single { The Dreamer’s Hotel }a lavishly produced anthem.

The last decade has seen Enter Shikari increase their stature year on year, a rare career story which has taken them to 4 Top 10 albums, millions of streams, huge sell out world tours (most recently in Russia and two American), as well as multiple awards, last year crowned Best British Band by Rocksound, with Best Album from Kerrang! for The Spark at 2018’s Awards.