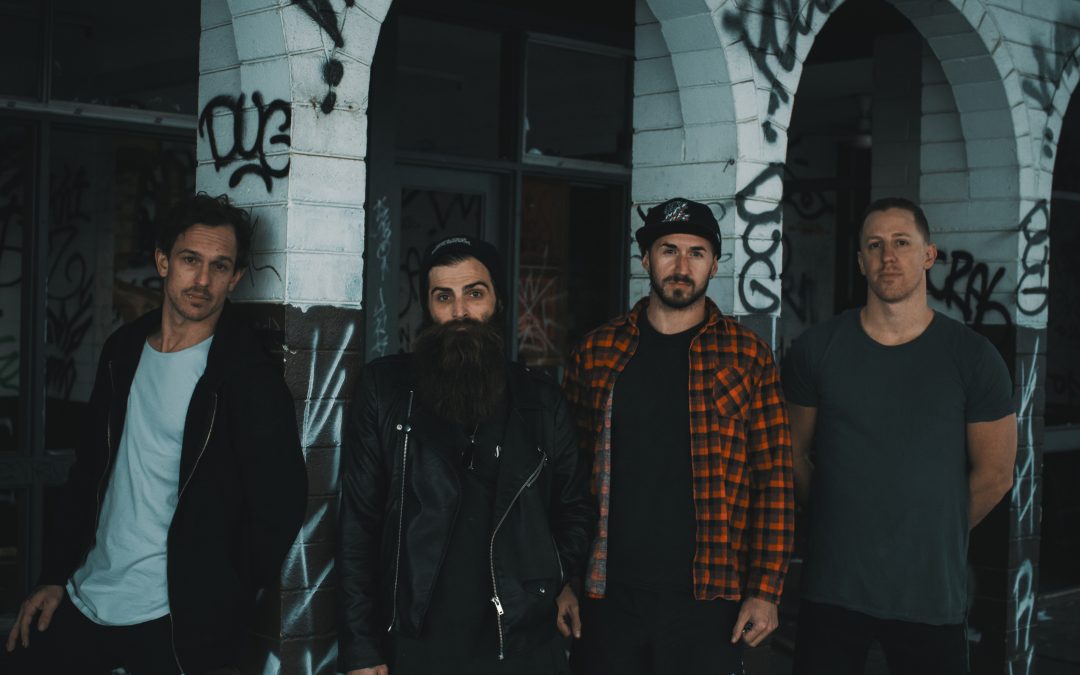 Perth-based progressive metalcore outfit Make Way For Man have been slinging riffs and breakdowns since dropping their 2015 debut ‘Limitless’. They’ve returned with the six-track offering Rites, with the mission to make heavy music with positive message and boy do they deliver.

The layered clean/dirty vocals in opening track ‘Strangers’ teleports me to my teenage years, reminiscing through rose tinted glasses at old Atreyu posters, frantically learning to sweep pick an electric guitar and clutching the clean-chorus/screamed-verses songwriting approach for dear life. Thankfully, it seems that since those tender, formative years that the boundaries of production has been pushed out further, with an artful use of layering keeping my often wandering interest centred on the tune. Indeed, in the final moments, the distorted guitars part and make way for an 808-ridden, almost-trap instrumental accompanying they emotive guitar arpeggios. Was this electronic undercurrent present throughout the whole song? I have to listen back to reassure myself either way.

The intensity and aural colour palette remain in high gear in the double kick bonanza that is ‘MVP’, giving me strong Parkway Drive vibes (though Im sure most Australian metalcore acts would find it hard not to trace their musical whakapapa to the longstanding Byron Bay breakdown institution). The uplifting hook of ‘though I’ve just got to be, the best version of me’ does an amicable job of providing optimism in a time of global darkness and the piano line in the song’s final seconds provides a gorgeous contrast to the furious breakdown underneath it. Would it be too much of a stretch for one can draw a parallel here between the staunchness of the guitar chugs and the optimism of the piano twinkles?

I had to hit pause on ‘Ideations’ roughly 45 seconds in. It filled me with the same sense of awe that I felt when I first heard Bring Me The Horizon’s seminal masterwork Count Your Blessings. The synthy build up of spooky underwater laboratory vibes to the mind-melting drop of diminished-scale guitar lines and raucous drum barrage made me have to pause to catch my breathe for a quick moment. Paradoxically, I even here a slight Mariah Carey/ Beyonce inflection in the clean hook of ‘can you help me to find myself? Calling for help when there’s no one else ‘, the juxtaposition of which serves as a perfect contrast to the rest of the tough as nails tune.

The rollercoaster ride continues with ‘Victories’ beginning with a Tex-Mex flavoured intro before another smattering of palm muted toughness, with the melodic elements of the vocals being given a little extra space to experiment with phrasing then previously heard on this opus. The shred continues with eponymous number ‘Rites’ gently lapping at Between The Buried And Me territory and the EP is rounded out with one of my favourite things – a metalcore cover of a sugary pop song, manifesting here as a furious interpretation of Owl City’s ‘Fireflies’.

I’ll level with you reader, this is close to some of the first metalcore I’ve listened to in approximately a decade. I, like many, felt disenfranchised by the increasing formulaic approach of artists and the 1000 pop up bands that sounded exactly like some of the large artists in the field. So it was immensely refreshing to see that Make Way For Man is bringing such a fresh and masterful approach to the time honoured traditions of the style. To be kept guessing at every turn by an act operating under a banner historically notorious for predictability was a palpable sense of satisfaction. For things to feel so familiar yet also so fresh is low key blowing my mind.