INTERVIEW: Geoff Ong on his new album, 2021 and handmade merch. 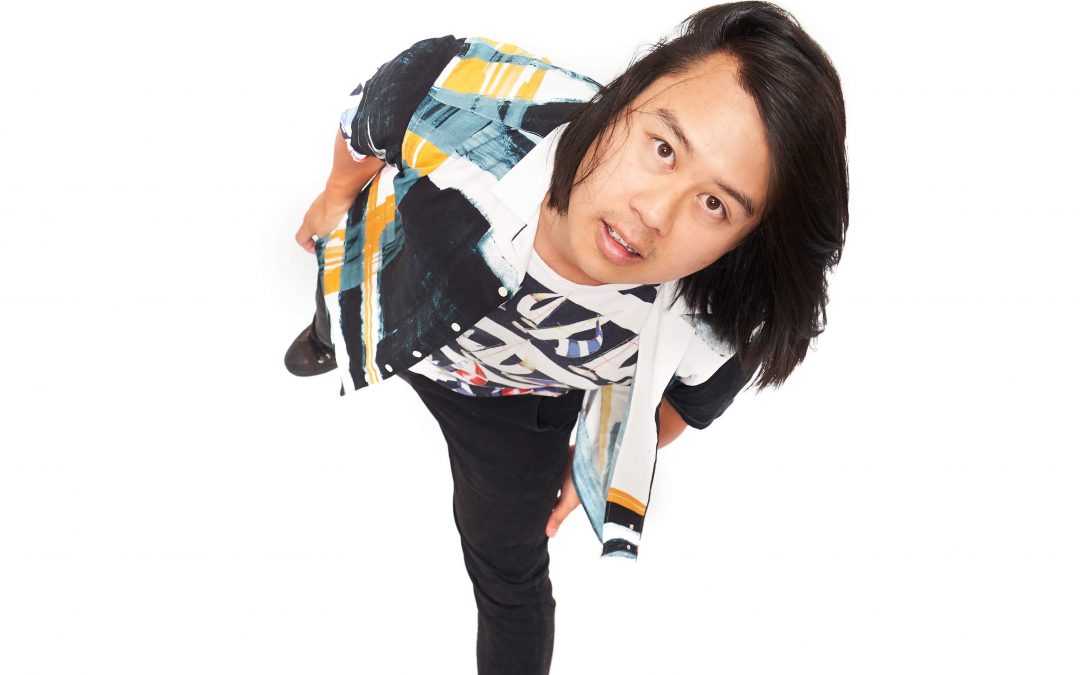 Kia Ora Shelley! Thanks for having me on your blog again 🙂 My 2021 has been pretty chill so far! I basically just hung out with friends and family and went to the beach over the holiday season which was great. In the last couple of weeks I’ve been getting back into making music again… I’m writing and producing on a few projects with a few different artists so it’s a nice change from doing my own music!

You released your album ‘Maybe It’ll Be Alright’ in November last year. It’s awesome! How would you describe the album itself? Because I feel like if someone asked me, off the bat I’d say “It’s fun, it’s a vibe”.

Ahh thank you! “Fun” and “a vibe” are definitely two things that I wanted the album to be 🙂 I think the biggest thing I would want it to be described as is “honest.” It’s really important to me that my music has something to say.

Was the release date the original release date you have planned or did lockdown etc, like so many other artists, make you bounce it around a bit?

Luckily I didn’t have to delay the release date of the album! I’m very fortunate in that I can do all my recording and music production from home as I have a studio setup in my room. And since I was just home all the time I didn’t really have much to do except make music! So if anything, being in lockdown actually made me more productive in terms of the album haha.

How long have you been working on the album for?

The first single off the album, Fingerprints, came out back in July 2018! But at that point I didn’t have an album in mind, it was just a single to see how things would go. But I decided at the start of 2020 that I wanted to release an album, so it probably took around a year of concentrated work.

What is the process like for you when you create a body of work? DO you just wait until you have an amount of tracks to put together then start sorting other elements or is it all somewhat planned?

Honestly I do things pretty ad-hoc… I’d been releasing singles since 2018, and at the start of 2020 I was trying to think about what I wanted to do with my year, and decided that I wanted to release an album. So from there it was just a matter of writing and producing all the rest of the songs! Which I think is a bit different to how many artists do it, but it works for me.

Do you have a favourite track or tracks?

I think “Maybe It’ll Be Alright” is probably my favourite track – it was quite scary writing a song which is that open about my experiences with mental illness, but I’m really proud of it as a song and I hope that it resonates with people.

I love the collage cover artwork. Where did that idea come from?

To be honest I’m not sure! I just was playing around with some ideas and I thought that it looked cool so I went with it 🙂 The photo was taken by my friend Christian Tjandrawinata, he’s a super talented guy!

The ‘I Don’t Know’ video is awesome! The homemade feel and editing all just ties in really well. I also feel like it suits the song really well. How did you make that video and was it a spontaneous idea or did you actually plan to do that?

Oh thank you! The video was actually all done on my phone with Instagram filters! It was definitely a spontaneous idea – I feel like I live my life bouncing from one spontaneous idea to the next. We were in lockdown at the time and I was trying to think of a way I could make a music video without being able to leave the house… A lot of weird and surreal filters had been popping up on my Insta feed and a lightbulb kinda flicked on in my head that I could use those for a music video!

Okay I need to talk about your merch. I bought one of the merch packs and it is the best! It’s very personal and very nostalgic. Where did the idea come from? Did you know quite a while ago you wanted to do it (I’m assuming as you have included Polaroids unless those were just something you had as well)?

Thanks so much for picking up a merch pack! Again this was another spontaneous idea, initially I didn’t plan to do merch at all but I figured since I was releasing an album that it would make sense to do some physical merch. But also nobody really buys CDs anymore, and most forms of merch are really expensive upfront to produce, so that meant that I had to come up with something a bit different. That’s what led me to go down the handmade route. Because the merch is all handmade, everyone’s pack is a little bit different and I think that makes it a bit more special for the people who buy them!

You did an intimate release performance (bummed I missed it). Do you have much planned for this year (as much as planning can be a bit hard with everything) or are you just going with the flow?

This year so far I’ve just been going with the flow! A few cool opportunities to make music for other people have been coming up so I’ll definitely be pursuing those – but in terms of making my own stuff I haven’t really got that figured out just yet. I definitely have a lot of song ideas though!

Salt and vinegar chips, by a country mile!

If you could start a rumour about yourself, what would it be and why?

I have 7 stomachs like a cow and because of this I can eat rocks like a cow.