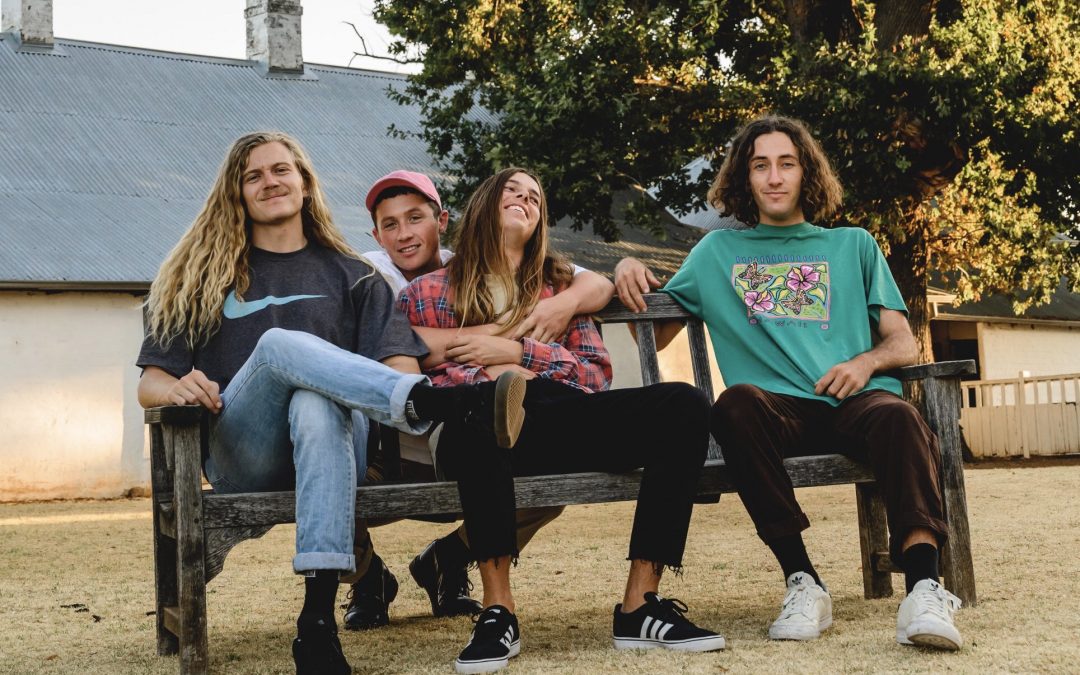 “..Great Gable has spent most of 2019 making waves, spreading their cool melancholic sound across a multitude of incredible live shows.”
– TONE DEAF

“One of WA’s premier upcoming bands; their music is simple yet layered so cleverly that it punches you in the throat while still holding your hand.”
– XPRESS

Following a landmark 12 months which has seen multiple sold-out headline tours of Australia and New Zealand as well as festival appearances at Groovin The Moo, Falls Festival and SOTA Fest, today Great Gable shares ‘All My Friends’ via ADA Worldwide. The new single is paired with the announcement of a return to New Zealand this April and May.

Recorded at world-renowned studio The Music Farm and produced by Matt Corby and Alex Henriksson, the addictive new single features driving rhythms and golden tones. “All My Friends is about working towards forgiving yourself after hurting someone close to you. It’s coming to peace with the mistakes you’ve made in a relationship and accepting that you’re allowed to move on,” says lead singer Alex Whiteman of the track.

The ‘All My Friends’ NZ tour will see the Perth-four piece perform at Blue Smoke inChristchurch on April 24, San Fran in Wellington on April 26, and the Tuning Fork in Auckland on May 2. Perth nu-soul R&B producer Jamilla is joining Great Gable for the tour and will open all shows. Neo-soul group Corduroy will round out support duties in New Zealand.

Great Gable are proud to be part of FEAT Artists. A portion of sales from the ‘All My Friends’ Tour will be invested into FEAT, a world-first initiative that allows artists to balance their carbon footprint from touring by investing into new and existing solar farms around Australia.