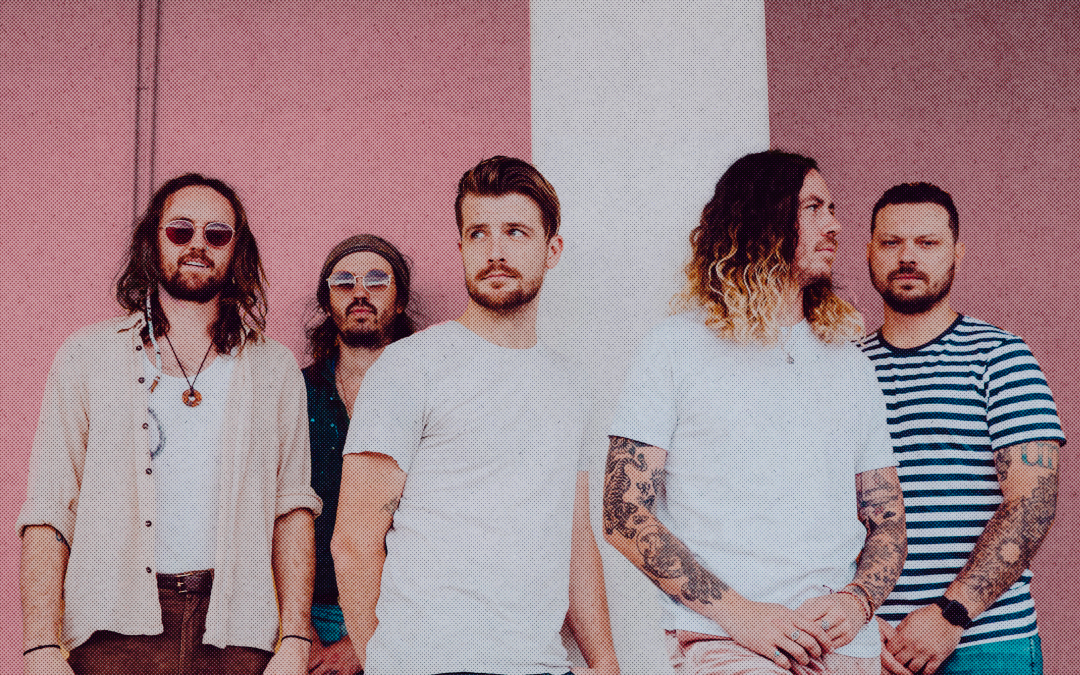 The first body of work since their acclaimed 2018 album -Anon., Hands Like Houses have announced their self-titled EP will be released on Friday October 23 through UNFD globally. After the release of their latest single ‘Space’ in June, the announce comes alongside the reveal of another cut from the EP.

Vocalist Trenton Woodley explains that the single has had a special place in his heart from the moment it was written, adding that though it may not be explicit, there’s an underlying fantasy element to the track.

“I picture the protagonist as some beautiful, fantastical, strange and surreal sea creature that has come to live among us, but wants to go home,” he says. “I feel like the voice of this song is one that has done its best to make a place to belong, but knows it doesn’t, can’t or won’t, and is trying to say a heartfelt, honest goodbye.

“Of course, that’s not to say there’s not a piece of me buried in that voice. I don’t think you get to come this far in life without wondering if you really belong to this particular path you’ve found yourself on, if there’s not somewhere else or someone else you’re meant to be. The harder the times, the bigger the question becomes in your mind. When it comes down to it, it’s a song about closing doors and opening new ones.”

Hands Likes Houses have spent over a decade defying expectations and challenging boundaries, staking their claim as one of Australia’s most acclaimed modern rock exports. With ARIA success, a triple j feature album, multiple sold out tours and legions of global fans under their belt, the band are poised to break even more ground as they step into this new decade.

Collisions, resolutions, communication and expression heavily inform the themes found on the EP, taking listeners on a deep-dive into its whirlwind writing and recording process – scars and all.

Unlike their lauded 2018 album -Anon. – created over weeks of cruisy LA writing sessions – Trenton explains that the EP’s creation took place over a tightly condensed 10 day period. Recent single ‘Space’ finds the five-piece literally grappling with emotional and spatial tension in the less-than-ideal recording environment, meanwhile EP closer ‘Wired’ finds Trenton reconciling with his own communication barriers. With its chorus catch cry of ‘Maybe I’m burned out, maybe I’m just tired… weighed down by the way I’m wired”, ‘Wired’ finds the vocalist dealing with the exhaustion of feeling constantly misunderstood.

But though colliding creativity in an intense recording environment is the story of how this EP came to life, Hands Like Houses assert that the experience has birthed their most personally raw and uninhibited work yet. Musically, it takes everything the group have become known for over their 10+ years of recording, pulses it together and births their next step forward – a gritty, bold and rock-fuelled effort that is undoubtedly their most refined to date.

The release’s collective artworks continue on the theme of expression, capturing an alternative form of communication familiar to many – AUSLAN. Though the band clarify that they don’t have personal experience using the language, they are committed to encouraging appreciation and learning of the language among their fans. In addition, the band wanted to pay a special homage to AUSLAN interpreters who have been thrust into the media spotlight through extensive bushfire and COVID-19 coverage of late.

Hands Like Houses will release their self-titled EP on Friday October 23.

CLICK BELOW TO PRE-SAVE THE EP
+ STREAM ‘THE WATER’ NOW