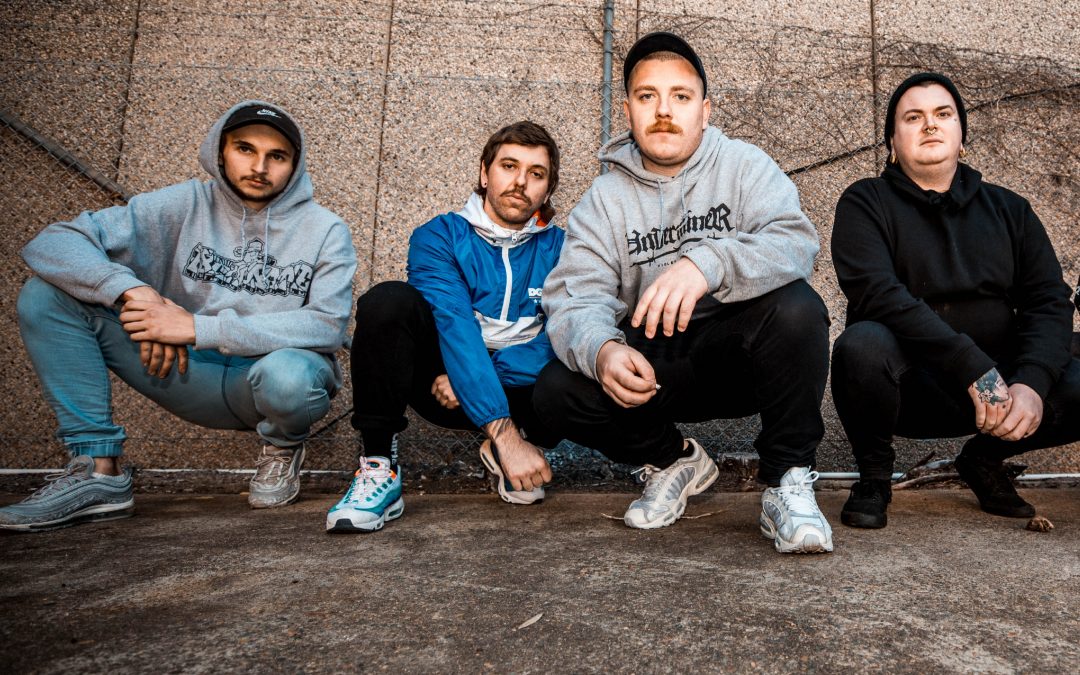 ‘Hellsworth’s Heaviest’ are today taking it to the world! Honest Crooks, the four-piece crew out of Tamworth NSW/Canberra ACT, are announcing that they have signed to EVP Recordings under Lochlan Watt – and they have a new single ‘No Rest’ to offer. The brutally heavy new single will be unleashed this Friday 13th March. It’s available at
https://evp-recordings.lnk.to/honestcrooksnorest

Having just demolished stages and getting up close and real personal with fans at both Unify Gathering and Invasion Fest 2020 and selling out their last three headline shows, ‘Hellsworth’s Heaviest’ are keeping the momentum rolling on 2020 with this signing, new material and tour (marking their 10th lap around Australia!).

The new single ‘No Rest’ was Produced, Mixed and Mastered by Elliott Gallart @ Chameleon Sound and the stark video was shot and edited by Colin Jeffs @ Ten Of Swords Media Collective. Brodie Graham, vocalist for Honest Crooks, says that “…No Rest is a song for the people that think we don’t deserve to be given the opportunities we receive. We have sacrificed careers, relationships and our own mental and physical health to be where we are today. To discredit that is a personal attack. No Rest is a story about hard work, perseverance and reigning on top but also a story of how jealousy and disrespect will only hold you back.“

With their worldwide signing to EVP Recordings, Honest Crooks join a roster that provides an Australian home to such acts as Disentomb, Psycroptic, Behemoth and more.

Since the release of their EP ‘Suffer’ in 2017, Honest Crooks have now toured the country in support of international acts Harm’s Way + Antagonist AD, Australian breakthrough artists Alpha Wolf + Justice For The Damned along with 2 memorable Invasion Fest slots. A major line up change in late 2018 saw Honest Crooks return to the drawing board to recreate themselves, with the 7″ EP ‘Damage Control’ an unforgiving new direction, bulldozing through anyone who stands in their path.

Honest Crooks’ new single ‘No Rest’ will be released into the world this Friday 13th March in all good digital outlets and streaming platforms at https://evp-recordings.lnk.to/honestcrooksnorest.