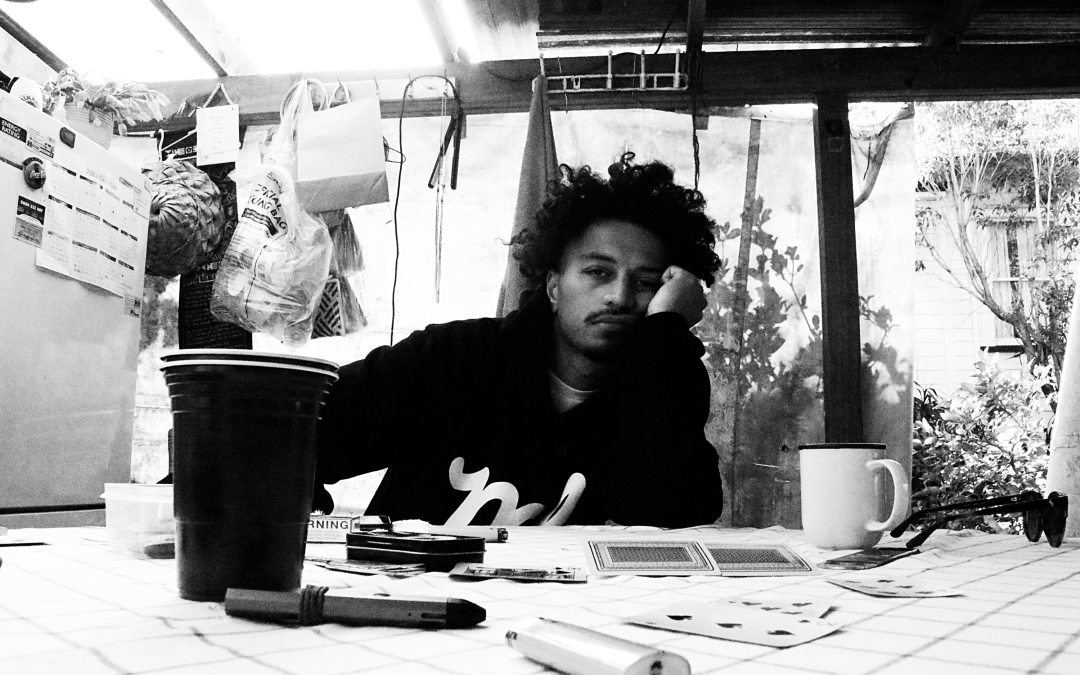 Kia Ora Diggy! How are you?
Yo I’m good, just bouncing back after busy weekend.

How was lockdown for you?
It was a blessing. I got to spend a lot of time with my partner and Kazu. But on the other hand I didn’t get to see friends and family. I’m not much of a txt or call kind of person, I’d much rather see people in person so yeah. That was probably the only con about lockdown.

During lockdown you featured in a few livestreams and Melodownz ISO Cypha. Was it important for you to be apart of those, for those causes but also to keep that connection with the public and your fans?
Yeah it was refreshing to chat to my fellow peers, even if my net was lagging haha. I’m like the most social antisocial person there is so doing a live stream was a first for me. But yeah it was good to hear from the public etc.

Also, during that time, you released ‘Keke Boy’. I know you recently said there was hesitation with the video release. Was there much hesitation with the single release as well?
Nah, I just wanted to hurry and get it out there. It’s been sitting on the back burner for ages so I’m glad everything went through accordingly.

In ‘Keke Boy’ you touch on the culture clash you deal with, especially with being Polynesian in Central Auckland. Do you feel pressure in that? With trying to stay true to yourself.
Yeah, but being a Poly kid in Central Auckland is all I know, so I’ve dealt with that whole culture clash my entire life. Staying true to myself is easy when you’ve got genuine people around you.

The video for ‘Keke Boy’ was also released during lockdown. It has quite a documentary style feel but you also combine those visuals of where you grew up and the hip-hop elements with the group of friends and funky lighting. How did you get the idea for the video?
JC and I bounced ides back and fourth for ages. I just wanted to show that contrast of culture which is why we chose various locations to shoot. The hard concrete walls inside a changing room juxtaposed with the vast soft sand at Bethells and so fourth.

I find identity and culture coming into music a lot at the moment. Do you think is it because of what is going on in this present time, more just people really learning & accepting who they are or a bit of both?
I think with this new wave of artists we’re starting to become more comfortable with who we are, as opposed to who others want us to be. We’re embracing our accents and making it normal to hear on songs and also a lot of Polynesian artists are incorporating their mother tongue into their songs which is great. It’s what makes us different and unique whereas in previous times we were all trying to sound like an overseas artist. No doubt other countries have influenced us but I think we are at a stage where we’re taking the best parts of that influence and mixing in our own culture and background to create something fresh and revitalising to our music scene.

I feel like more people are finally realising that you are someone who deserves to be heard. A lot of musicians seem to have to grind away for quite some time until they get recognition. What has that journey been like for you?
Man, it’s been quite a journey. I’ve been chipping away at this thing for years, setting the foundation and building that organic following. I’m patient so I don’t mind playing the long game if it feels like the right thing to do. I’m grateful that people are starting to take notice, the recognition is pretty cool, it just lets us know that what we’re heading in the right direction.

You also recently featured on Team Dynamite’s new single and in the video as well. How did that collaboration come about and how did it feel to be a part of that?
Haz would invite me around to his place to make music. I think at the end of our session he played the demo for me and asked if I was keen. Bro I went home and started writing to it ASAP, that beat was collldddd. It’s an honour to be on the TD album, I’ve known them for a few years now and they’ve always looked after me. They’re like the big bros in this music shit and I’m stoked for their new album – on god I’ve heard it and it slaps!

And now you’ve released ‘CT&T’ (Cup of Tea & Toast). This one dives a bit deeper into low income living, gambling and the struggles around that. What made you want to do a track that addressed that? I know other artists have bought it up before as well.
I wanted CT&T to be the second single because it carried so much weight. It’s such a different kind of vibe when you compare it to Keke Boy but that’s cause I wanted to show listeners another side. During the time I was writing it I didn’t think about what the outcome would be like or how others would receive it. I was simply taking note of what some families have to go through. To me it showcases the damages that gambling has but I also wanted it to be uplifting.

Is that something you think that, as hard as it is for some people, needs to change?
Yeah definitely, or at least acknowledge the effect it has on yourself and the people around you.

Your album ‘That’s Me, That’s Team’ is due out at the end of next month. Are these tracks a good example of what we can expect with the album?
I think these two singles show you the diversity in which I’m aiming for with this album.

How long have you been working on it?
All my life. Nah skee, ever since Island Time.

What has that process been like? Are you excited to have that coming out?
It’s been a whirlwind. Jumping from place to place to record, finding and sourcing beats from producers, dealing with their management etc. But I’m excited for me and for my team because we’ve all put a lot of hard work into this shit. We’ve funded everything ourselves, so this one’s special.

With us being out of lockdown, can we expect to see Diggy Dupe live soon after the new album is released?
For sure, I’ve got a few shows lined up. I’m coming in hotti.

Do you have any words for people on a similar or relative journey to you who want to dive into music or pursue something creative?
Do what YOU want. Like yeah you can listen to peoples advice and council, but at the end of the day you have to do what you feel is right. Diggy Dupe motivational podcast on the way haha

Anything else you want to add or a shout out etc?
Oh man – shoutout GLC, CA, INN3RC1TY, TEAM MATE$, 37600, 015, the middy and of course shoutout Yung Kazu lassgaooo

Thank you Diggy! I really appreciate your time.