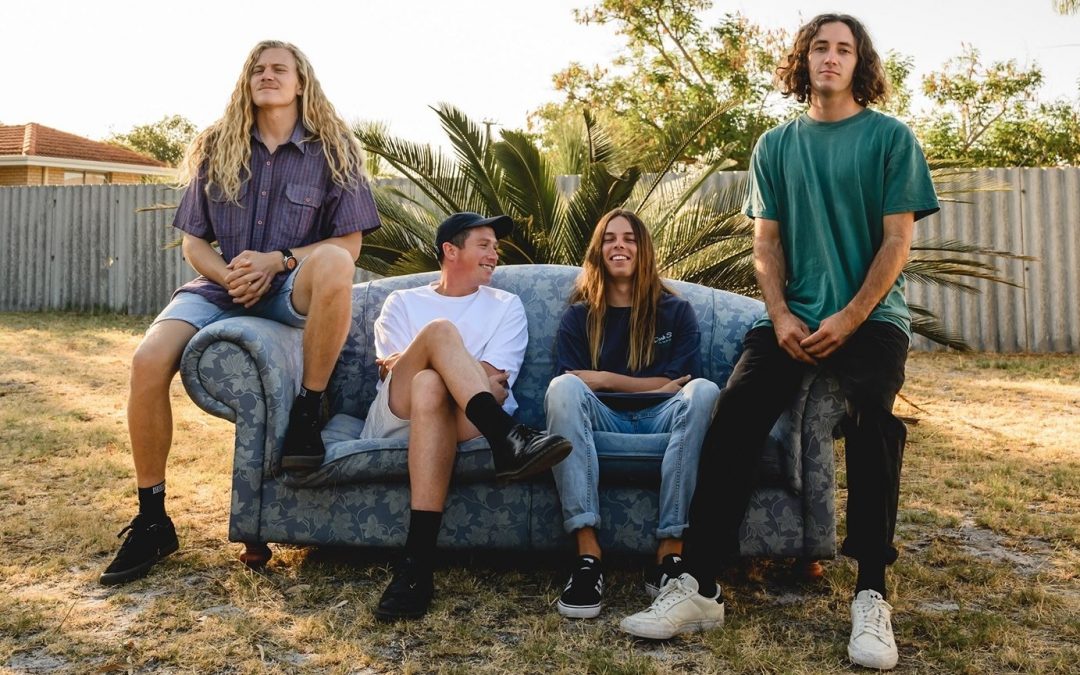 TRACING FACES has been out for about a week now. We called up Chris of Great Gable for a chat prior to the album release. Check out what he had to say below:

Hey Chris! How are you?
Good thanks!

How are things in Australia and how has all this lockdown stuff been for you guys? Is Perth in lockdown?
We’re in Western Australia. So WA is in stage 4, it’s not even lockdown, everything’s pretty much back to normal. Our stadiums are at half capacity though. Western Australia is in a very different position to the rest of Australia.

How did it feel adapting and doing things like livestreams?
It was kind of odd. Matt & Alex did an acoustic one with just the two of them at the beginning of Covid. Then we did a livestream that was sponsored by Converse. It was quite odd because you’d finish a song and there would be no applause. I think we played to our manager who was working the camera. We had a few issues where the livestream stopped. It was quite awkward at times because I think their were also issues with PA where there was a piercing feedback. We wanted to stop but we just went through and hoped people listening didn’t damage their ears. But at the same time it’s pretty awesome that we have that technology. Back in the early 2000’s all the musicians wouldn’t really have an outlet to share music with the world, as easily.

Where did the name ‘Tracing Faces’ come from?
We eventually settled on the opening track which is titled ‘Tracing Faces’ but prior to that we had a handful of other names that didn’t really come close to a name that we resonated with. With ‘Tracing Faces’ there’s so many analogies and metaphors that you can pull, just from those two words. I think it’s cool having a slightly mysterious titles for the first album.

How long have you been working on this album for? What has the process been like? The video looked very productive!
We had the songs for about 12 months. We started writing them at the end of 2018 and sat on them for a little while. Then we took a few trips down south in Western Australia to some properties we had rented out in the past, to demo songs. So we got the demos together there and went and recorded them in October or November at the Music Farm in Byron Bay. So all up we had the songs for 11 months.

Was there any hesitation with the release and did covid affect your release plan much?
Yeah, initially when shit really hit the fan, we weren’t really sure what this year was going to look like. For the world in general, let alone the music industry. So we changed the release of the album was meant to be mid July but we thought August, hopefully everything would have settled down a little bit. Lucky for us it’s looking good in Western Australia. So we can play a show and have a listening party to celebrate the album.

So you’re doing a couple of release events for the album? Are you guys excited about that?
Yeah we have a listening party and then we have a warehouse show.  We’re so amped! We’ve played 3 gigs this year and I only played 1 show due to some health issues. So I’m extra excited because it will be my second show with the boys so I can’t wait!

Now you guys were meant to be touring here in May. . .
Yeah we’re hoping to be able to come over in October. But who knows at this stage.

It would be cool because the Auckland show is on Halloween so everyone could dress up, it would be great.
I didn’t even put that together. I’ve always wanted to play a halloween show so maybe this will be the year.

Do you have a favourite track yet?
There’s so many. My favourite studio track would be ‘No Other Way’. It’s a special one because it’s super different to our prior releases. I’m more excited to see how the listeners react to that one more than anything.

Yeah I suppose it would be interesting for you guys to think about what songs would do well live and actually seeing what ones do well live?
Yeah definitely. On the album there’s so many different parts – guitar layers, percussion and instruments. The songs when we play them live are a more, stripped-back, rock & roll creation, as opposed to the dreamy psychedelic sounds on some of the album tracks.

The video you guys made for BLUR was so great. I just love the homemade feel to it. It almost felt more personal and fun. Where did the idea for that come from or did you just wing it?
We totally winged it! We took some photos on the Sunday before. Our manager said we had about 3 days to get a music video together. So we met up the next day and it was raining. So we shot a silly intro outside before the really heavy rain came and then we just drank quite a lot of coffee and said yes to any idea that one of us came up with. We edited the video together and were finished about 4 or 5pm. So it was pretty much just a collection of silly ideas that we came up with in a day.

How did you feel when you first saw it? Did you edit it together?
We all sat around the imac on imovie and worked on it together. Yeah we thought  it was pretty funny. There’s some elements where I think each of us had done some things we sort of wish we hadn’t that were silly. But at the same time we were really fond of those old Talking Heads videos where it’s just a compilation of random clips sliced together. I think we just had to put our egos on the back seat and laugh at ourselves.

Yeah I sort of thought, I don’t get it but it’s great. You all look like you’re hanging out and just having a fun time.
That was kind of the idea to have something spontaneous and weird, to the point where there’s sections in the chorus where the footage of Alex singing is out of time with the lyrics on purpose.

Okay lets do some fun ones to end this off on:
Handshake or hug?
That’s a touchy question. Post-covid I’d say a formal bow. Pre-covid big hug.

Ocean or forest?
I love them equally as much. Another two-answer question. I’d say ocean for summer and forest for winter.

If you could only watch one TV show forever, which would it be?
I actually started watching one last night and it’s called ‘Dating on the spectrum’. It follow a group of strangers and none of them know each other. But it looks at the dating world for people who have autism or aspergers. It just came out on Netflix. It’s really interesting. It reminded me that it’s quite important to have friends and family in your life.

A movie you really like that people probably don’t know?
There’s a really cool Korean horror film called ‘Train to Busan’ which is on Netflix. Lots of people have probably heard of it because it’s a bit mainstream after Netflix really promoted it.