INTERVIEW: RYAN OF FIT FOR A KING ON HOW ‘THE PATH’ CAME TO BE AND THE PROCESS’ BEHIND IT. 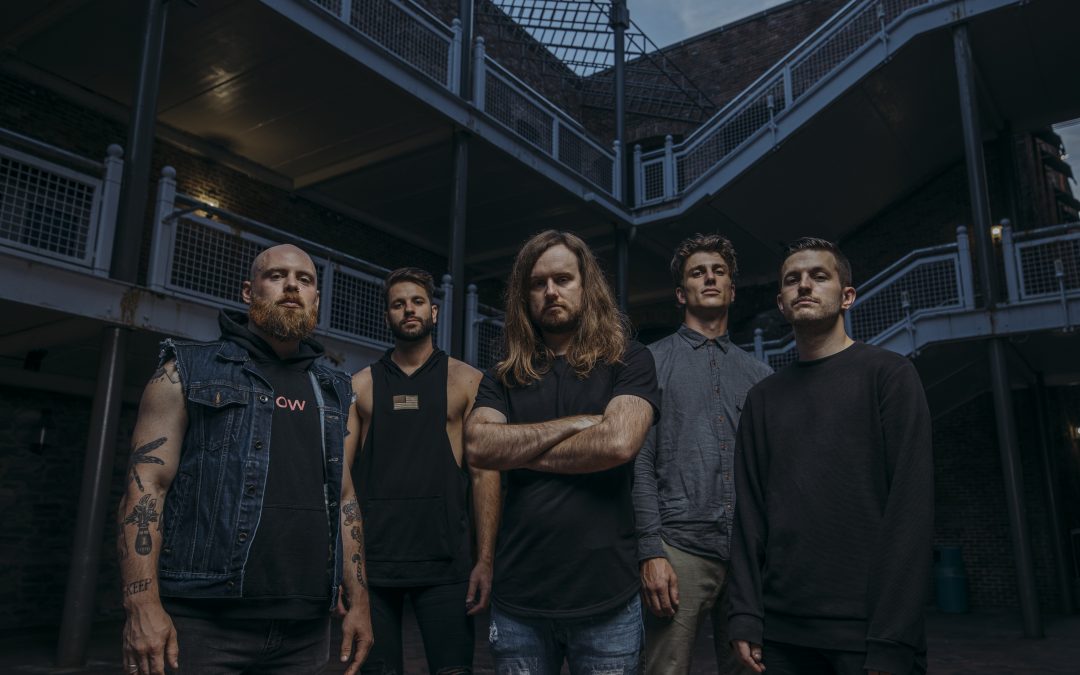 Ahead of the release of their album ‘The Path’, Shelley had a chat with vocalist Ryan Kirby of Fit For A King to talk about the process and how they will navigate the release around lockdown etc. Ryan can be found streaming on Twitch as a way of “keeping up with fans consistently in the absence of shows” and he is also currently studying Accounting (which he does for the band and it also runs in the family). A bit of info we got during our chat. Read the rest below especially the fun one at the end!

How are you doing? I feel like that’s such an important question and conversation to have at the moment.

In the studio update you guys posted you touched on the process of the new album and how it’s easy because you know how you work. But how long has the process actually been for creating The Path?

Everything seems more about singles these days. But I love that this is a start to finish album. Not many people do that anymore. Was that intentional or does it just sound that way?

Oh it’s definitely intentional. We spent almost a whole day on the track order and wanting things to flowing perfectly as possible. Even getting down to the details of what would we want the 2nd half or other side of the vinyl to start with. Do we want to give this impression when the 2nd side starts. Our goal is to make 10 equally good songs and have them flow perfectly. We definitely intended this album to be listened to front to back.

With this album, to me it feels almost like you’ve reflected on on things or that last album, you’re moving forward and fighting. On the cover you’ve depicted Nike – the goddess of strength, speed & victory. She almost looks like a combination of a painting and sculpture. How did you decide on her and how you wanted to depict her? Or was that always the obvious idea?

I kind of came up with the idea of wanting a picture because I’ve always been such a huge fan of the Underoath ‘They’re Only Chasing Safety’ artwork. Same with the Bring Me The Horizon ‘There is a Hell Believe Me I’ve Seen It. There is a Heaven Let’s Keep it a Secret’ album. No text on it, it’s only an image and the image is so powerful in itself that you don’t need any text. That was my goal. So I told Corinne, she did ‘Death Grip’ and ‘Dark Skies’ and now she’s done this one. I told her I want a model fore the picture, I don’t want a drawing. I want it like Underoath and I want it to be plain. I want the image to speak for itself. I don’t want any text. And she did an amazing job. I just sent her images off Google and said “these are some of the Nike things that I’m a fan of. Use these to inspire you”. And she knocked it out of the park first try.

It’s so great when you have an idea in your head, but I’m not artistic in that kind of way. So it’s great when I can tell my idea, even if it sounds sloppy and I can’t describe it well and she just executes it perfect.

This album has such a big sound to it and those heavy elements really hit hard. I know you guys mentioned doing arenas in the studio video. Was that the intention or more an afterthought?

One of the goals when we entered the studio was what are we trying to accomplish? What’s our dream as a band or as musicians? And everyone was like I want to be a musician for as long as possible because it’s my favourite job, it’s my outlet. I want to play huge shows. I want a big production. I want to have fire and stuff on stage. Then we were like okay we need to write songs that sound like they need fire then. Dark Skies was a great record but the songs didn’t necessarily sound like they demanded an arena to be played for them to have proper production. I was like I want it to sound like if we play a thousand cap venue that these songs are too large sounding to have proper production at a 100 cap venue. We kind of used that as a gauge for some of the songs like ‘The Path’, ‘Annihilation’ and all that. We just want fire exploding, that’s all we want.

I mean like everyone else probably has, asked about covid. But I feel like we were so close to a tour announcement on this side of the world. So how has it been navigating those cancelled shows and releasing a new album?

We talked as a band. We scheduled the September 18 release before lockdown, that was our goal date. We had a talk with our label and manager and were just like let’s roll with it. It’s a risk because what if we don’t play shows for the next 2 years OR what if shows come back in Spring 2021. So we’re just taking the chance that hopefully shows come back sooner than later.  Because right now when we’re realising this record there’s almost no other album coming out. It’s like a very unique time where our album can get so much more attention, not even just form fans, but from press. The press is starving for things to report as far as music as there’s not very much coming out. So this was a really unique opportunity where we thought hey what if we get more attention than we could have got before, because of the lack of other releases happening.

Okay a fun one to end on! If you could start a rumour about yourself what would it be and why?

You’re the 2nd person that has mentioned height.

Could I not have been born 4 inches taller. My wife is shorter than me, that’s all that matters right. When I was growing up I was like I will not date a women who is taller to me.