Interview: Vayne & the power of the Gutta Girl! 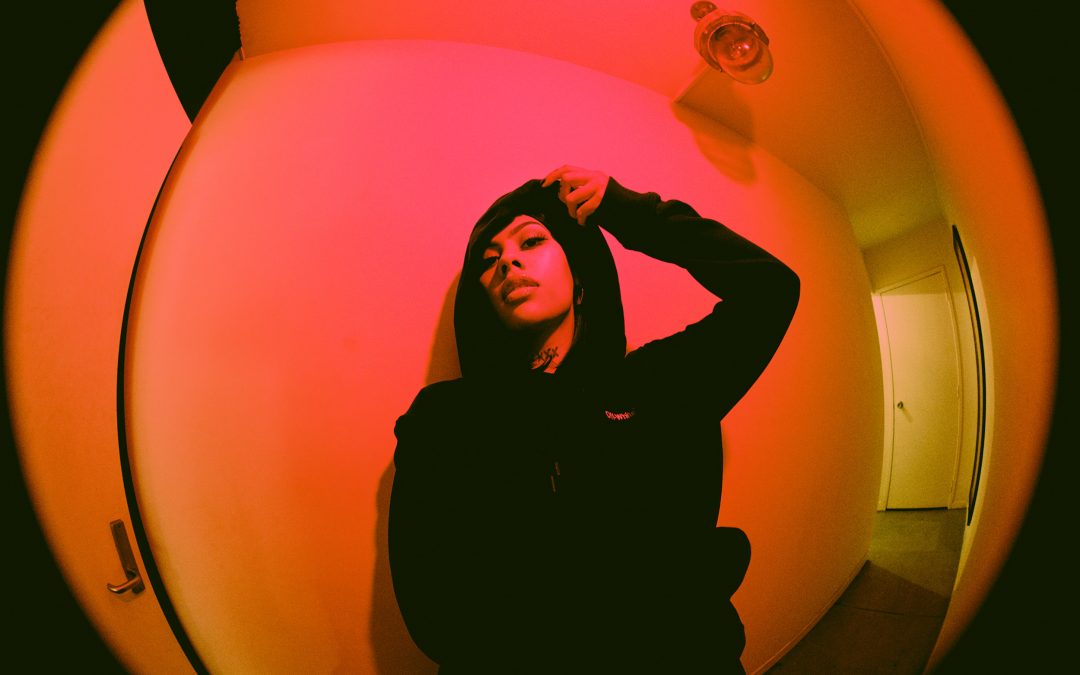 Who is Vayne?
I’m a 22 year old Māori, born and raised in Kirikiriroa. I’m a rapper, singer/songwriter and producer.

What is your creative process like? Is it something where you’ve written a track and just have to get it down or is it something you take time with?
I don’t really have a solid creative process… sometimes my songs are pre-written with no beat, sometimes I write and record them on the spot as the beat is being made, and sometimes a producer will send me a beat which I will then write to straight away or take my time with. Sometimes when I’m stuck with something, I’ll go back to some old lyrics I’ve written and take something from there. My creative process is all over the place but in a good way.

How does it feel to have more people listening to your music and essentially be more in the public eye?
I can still go out and do my groceries so I’m all good. I don’t make music because I want to be in the public eye. I do it because I’ve always felt the best way to express myself is through creative arts. But now that I’m starting to see that other people are enjoying my music and can relate to it, I feel accomplished, like I’m helping someone.

You’ve played quite a few festivals and other shows now. Was there any one in particular you were like, okay I’m actually doing this?
Six60 Whangarei. I don’t usually get nervous, but that time my legs were actually like jelly. There were sooooo many people. Obviously because I was opening for Six60, I wasn’t sure if I would appeal to the people watching. But I gained a lot of fans after that performance and really enjoyed meeting people from Whangarei. Shout out to The Butter Factory too! Really lovely & welcoming people.

The way you post on Instagram etc is clearly just what you want to do, how important is it to you to stay true to who you are?
Yeah, I think being yourself is really easy but sometimes really hard. It’s important to be nice to yourself, look after yourself and heal yourself. I know what it feels like to try and impress other people, get caught up in the he-said-she-said bullshit. Paying too much attention to what other people think will hurt your self-esteem and over time, will make you bitter. Don’t do that shit, worry about yours and keep to yourself I reckon.

Gutta Girl – You mentioned this is a past version of yourself that you’ll cherish. So would you say the EP is a reflection of that journey or more of who you are now?
Yes, this EP is a reflection of that journey. The alias Gutta Girl holds a lot of mana and really important memories that were the building blocks of who I am now, Vayne. People who knew me as Gutta Girl back then know what I’m talking about.

Is that why you have used such a strong portrait of yourself on the cover?
Yes, that journey was a big part of my life. I’ve fallen and gotten back up so many times, I’m strong but I have battle scars internally, this is me take it or leave it.

Do you have a favourite track on the EP?
Yes, my favourite track is ‘My Next Ex’. I feel like there are so many themes on this EP, but at the end of the day I want to feel swag and that’s how this song makes me feel. Montell’s production is amazing, the outro literally sounds like butterflies in my stomach.

You released a video for Uh Huh, done by Connor Pritchard. It has quite a classic, documentary type feel to it. Where did the idea for this video come from?
The idea behind the video for ‘Uh Huh’ is the same as the song. An introduction… nice to meet you I’m Vayne, I am a woman of many emotions, interests and versatile sounds. What’s that saying from Shrek? An onion has many layers? Something like that. I thought it would be cool to have a home-doco/vlog/follow me around vibes. I filmed most of the video with my little brother in Hamilton at some spots that are special to us.

With the release of the EP can we expect some shows from you soon?
Yeah, I’m planning a tour.

Anything else to add? (Shout outs etc).
Yeah, shoutout to Fiveofive. If you don’t know who she is well, she’s only the most talented, amazing, singer-songwriter in Aōtearoa, oh and my little cousin, check her music out on Soundcloud and Spotify.

Shoutout to anyone who’s ever streamed or shared a song of mine, recommended my music to a friend or come to see me perform. Much love.