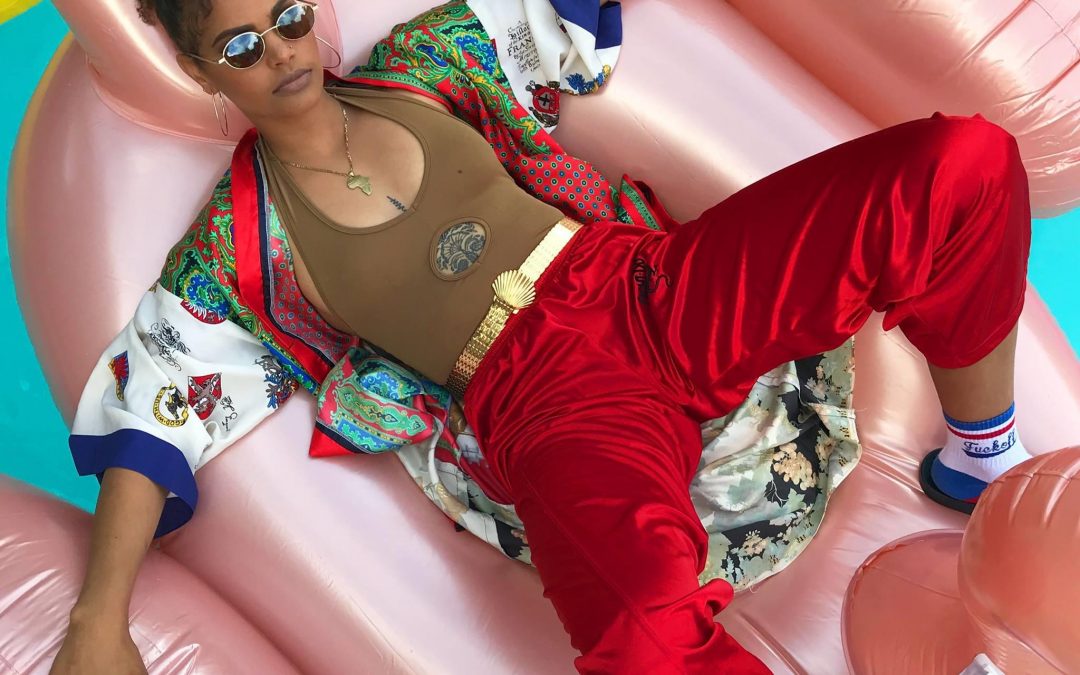 Auckland-based MC, JessB today unveils her ‘3 Nights In Amsterdam’ mixtape, out now via The Orchard/Sony Music New Zealand. As one of New Zealand’s brightest exports, the six-track collection propels JessB’s rising status even higher as she masters new sonic landscapes and styles, pulling from dancehall, reggaeton, garage and electronic influences amid her trademark sass-leaning rhymes and hip-hop flavour.

A deluxe demonstration of rap and unwavering energy, 3 Nights In Amsterdam exudes hype and is just as suited to a dance floor, as it is on stage. JessB’s infectious fierceness and inclusive verses are unrivalled, her confidence akin to a contemporary Missy Elliot.

As previewed via an accompanying video earlier this week, “Bullseye” opens the mixtape to plucked notes over a sped-up reggaeton-style rhythm. “Do your dance, if you know you something”, is the invitational line from JessB between fast-paced and fiery verses. “We That Filth” continues with a dancehall-feel, winding up a hypnotic flow with sharply-cut raps that fall effortlessly in line with every beat. Next, “09 To The World Freestyle” opens to the line, “if you don’t do it for your hometown who will?” a long-carrying metaphor for JessB’s relentless drive and work ethic, on a track that’s testament to fearless artistry.

3 Nights In Amsterdam was mixed and mastered at Red Bull Studios in Auckland.

Recent single, “Shut Up!” arrives next, packing a punching fusion of dancehall, reggaeton and hip-hop, and culminating in a pulsating dance floor heater that hooks from beat number one. JessB’s commanding lyrics and reigning confidence prevail over contagious four-on-the-floor basslines, leaving a presiding message to“shut up more and just listen”. Followed by prior single, “Pon It” masterfully splices an impactful directive of self-love with thumping bass and sleek pop production that’s powerful and unapologetic in execution. JessB’s self-assured flex to her fearless talent continues on mixtape closer, “Drop Nuts”. Joined by New Zealand dancehall star, Rubi Du, the pair run through a feverish  and snappy release of melodic vocals and swift reggaeton rhythms, driving home a message of confidence and self-belief.

In an already packed 2020, Jess shared mixtape track “Pon It” with a livestream debut on London’s NTS Radio 24-hour on-air festival, following a spot in Triple J’s Hottest 100 countdown for her feature on Baker Boy’s NIMA award winning single and video “Meditjin” and an appearance on Triple J’s Like A Version for G Flip’s rendition of “Lady Marmalade”. The auspicious rapper was the first female MC to appear on Red Bull 64 Bars in 2017, and has since cultivated her sound across stages in London, Amsterdam, LA, New York and Australia with performances at Venice Biennale, Red Bull Music Festival, Splendour in the Grass, Laneway Festival and Fire Fight Australia, alongside Baker Boy. JessB has taken home the 2019 MTV Europe Music Award for Best New Zealand Act, garnered strong support from Spotify’s global A1 Hip-Hop playlist to then perform at the flagship Spotify A1 Live event, all the while releasing two acclaimed EPs, New Views and Bloom. Most recently, she has featured on “Flying” as part of NZ rap collective BLKCITY, and had her thrilling Triple J Bars of Steel performance go live on Apple Music.

A confident high-class collection of hip-hop that delivers message-driven raps through a refreshing and fearless lens, 3 Nights In Amsterdam promises JessB’s fast rise is only set to continue in 2020. Listen today, and embrace the newest in star-quality hip-hop.