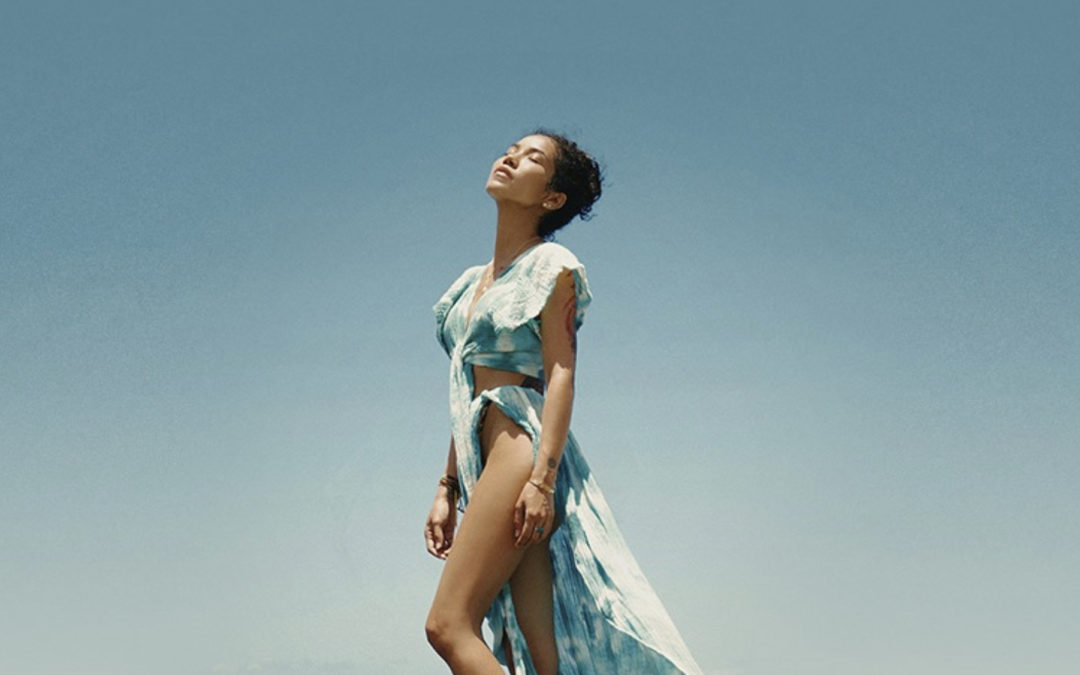 The first three advance single releases from CHILOMBO have tallied over 500 million cumulative global streams – the RIAA platinum certified ‘Triggered’ (with over 300 million streams), ‘None Of Your Concern’ (with over 100 million streams), and ‘P*$$y Fairy (OTW).
CHILOMBO proclaims the artist’s full name, Jhené Aiko Efuru CHILOMBO, as it celebrates her coming into her own personal power. The initial jam sessions where she freestyled the lyrics to each song, took place on The Big Island of Hawaii where Jhené’s great grandmother was born. Jhené was inspired by the beauty and power of the island’s volcanoes, having visited throughout the years. Chilombo means wild beast. The volcano is symbolic of the beautiful, yet powerful beast.

Jhené Aiko is Chilombo. In contrast to her 2017 album, Trip, which intricately detailed the process of grieving, CHILOMBO finds Jhené embracing her strength and power, and coming into her confidence as a woman, a creator and a healer. She has always embraced magic in her particular brand of soulful, trippy, ethereal R&B, but now on CHILOMBO she has taken it all to another level.

For years, Jhené has been studying the practice of sound healing. With CHILOMBO, she has incorporated crystal alchemy singing bowls on every track. This form of sound healing has been found to be both physically and mentally healing on the cellular level. Jhené hopes to introduce her fans to sound as a form of healing through what she calls “modern mantra” as illustrated by the “triggered protection mantra.”

CHILOMBO follows up the RIAA gold Trip, which debuted on the R&B chart at #1, and instantly became one of the most critically acclaimed releases of 2017. Newsweek called Trip “a beautiful ode to dealing with grief and finally letting go of the past in order to move forward… with a mix of up and downtempo tracks and a plethora of guest appearances from artists like Swae Lee, Big Sean, Kurupt, Dr. Chill, Namiko Love, Mali Music and Brandy, Trip is an album that just about anyone who’s ever lost a loved one can relate to.”

Trip, a masterwork more than a decade in the making, took listeners through the unique odyssey of love and loss, heartbreak and discovery that Jhené endured over the previous decade, witnessed closely by her loyal fans. It was a tribute to the changes that rocked her life and career – the tragic loss of her brother to cancer in 2012, and her journey to try to manage her grief through relationships, substances and art. The album spun off a trio of top-selling hit singles through 2017-2018: the Top 10 double-platinum ‘Sativa’ featuring Rae Sremmurd (over 166 million YouTube views); the Top 10 platinum ‘While We’re Young’ (over 59 million combined YouTube views); and the RIAA gold ‘Never Call Me’ featuring Kurupt.

Trip was introduced by a 23-minute short film which Jhené wrote and directed, with help from her friend, screenwriter Tracy Oliver (Girls Trip). The album’s success led to Jhené’s first 16-city headlining tour of North America in November-December 2017. It was her first major outing since 2016, when she first joined Snoop Dogg and Wiz Khalifa on their High Road Summer Tour.