KennyHoopla’s new EP is out now! 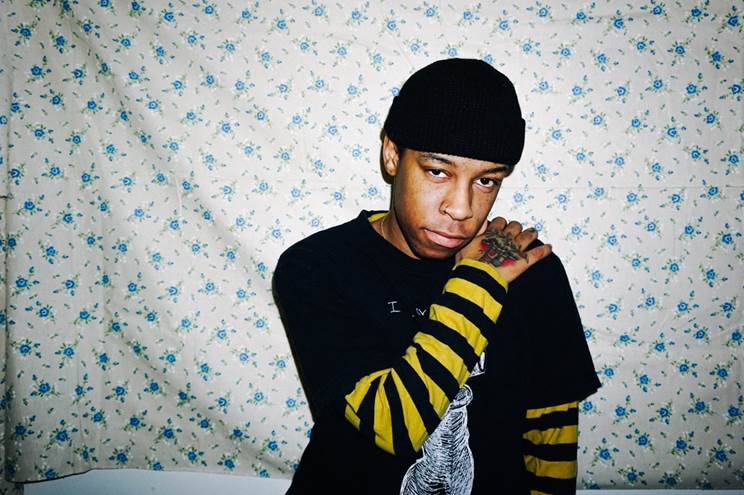 DIY singer-songwriter KennyHoopla took his wavy, genre-agnostic indie sound from motel room recordings to packed out shows in 2019 with breakout single “Lost Cause//“and a go-for-it, all-or-nothing mentality. The Cleveland-born, Wisconsin-based performer, Kenneth La’ron aka KennyHoopla (inspired by a scene in Spongebob, no less), started making music just three years ago in a rare collision of artistic synergy. “I used to breakdance, I used to paint, I used to do photography. I thought if I could conquer every art medium, I’d get closer to it,” says Kenny. “Something in me kept telling me it was time to make music.” Born in Cleveland, he grew up absorbing a diverse variety of music, art and breakdancing; The Drums, Funeral Suits, Common and Teen Suicide are credited as some of his greatest influences. His music is intimate, thoughtful and self-labeled as “new wave nostalgia.” KennyHoopla has performed alongside Injury Reserve, Jack Harlow, Omar Apollo, Trapo, Yung Gravy, Alex Wiley, Beabadobee, Yoshi Flower and Gabriel Black.

Genre-bending and alternative breakout artist, KennyHoopla, released his latest single “plastic door//” via Mogul Vision/Arista Records on Thursday. Listen HERE. The song has received support from Annie Mac (BBC Radio 1), CLASH and Pigeons & Planes. Alongside the track is the official music video which KennyHoopla shot DIY-style during quarantine in Wisconsin (WATCH BELOW).

The rising star’s newest track is off his debut EP, how will i rest in peace if i’m buried by a highway?// out now. The EP title track is currently charting in the Top 20 at Alternative Radio, and is being played on SiriusXM’s Alt Nation. The song was highlighted as Zane Lowe’s ‘World First’on Beats 1. Rapidly gaining international attention, KennyHoopla was featured on Jack Saunders ‘Jack’s Tips for 2020’ show on BBC Radio 1 in February, forecasting the best new artists for the new year. Live on the show, Saunders predicted: “This guy is going to be the most exciting prospect out of everyone who we play for 2020 in terms of new bands and artists coming forward.”

Along with the success of the title track, the second single off the EP, called “the world is flat and this is the edge//” produced by Midwestern pop du, Now Now, has received high praise from new fans and critics alike. Consequence of Sound said, “his interwoven beat mutates from synth-pop to experimental indie in unexpected, tangled, streamlined ways. The combination makes for an unexpected listen, to say the least.” Hypebeast proclaimed, “It’s hard to put KennyHoopla into a genre. The Cleveland, Ohio-bred artist is nostalgic, heartbroken all while remaining tapped into the present moment’s emotionality.” CLASH praised KennyHoopla’s music to date as ‘impossible to position, yet difficult to ignore’ and ‘utterly unique.’