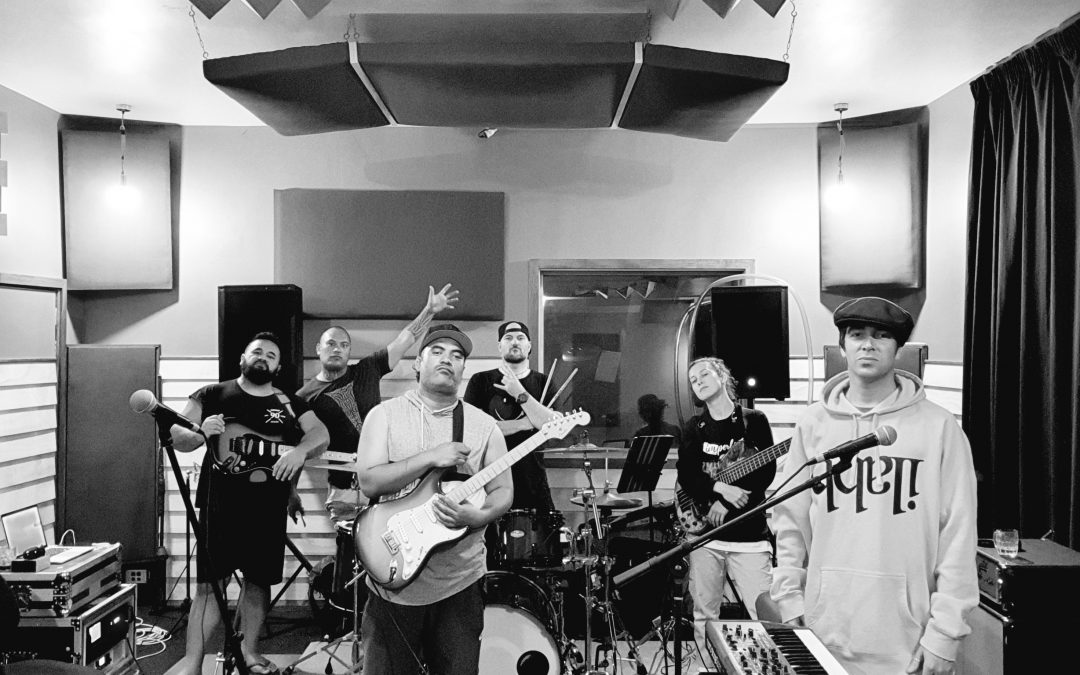 Eight years on from the release of their last project Light Years, KORA remain one of New Zealand’s most in-demand live acts. Finally, the band announce the forthcoming release of a brand new EP, with first single ‘Secret Lover’ displaying the timeless songwriting and musicianship they’re famous for.

Equal parts exhilaration and exhortation, ‘Secret Lover’ is a tune that entices the listener to relax and revel in the thrill of attraction. The undeniable drum groove is matched with one of “those” basslines, the funkiest of guitars, syrup-smooth synth pads, angelic twinkling bells and a devilishly searing lead break all topped with the passionate vocals of a newly beating heart.

The accompanying video is a parallel tale of breaking from routine in search of new pleasures and the joys of mischief, beautifully shot by talented Director/Producer Shae Sterling.

“Kora has never stopped gigging and we’re stoked to share the first of our new batch of tunes with the everyone. Cant wait to play this at upcoming festivals and gigs,” frontman Fran Kora says.

“We’ve road tested a few of the tracks from the EP at shows over the summer, and the response has been really strong. The sound of the new music is everything you know and love about Kora, but with a 2020 twist.”

Released today on KORA’s own label via DRM, ‘Secret Lover’ is the first chapter in a new volume, long awaited by the band’s enormous and loyal fanbase eager to hear what’s next from the multi-platinum, chart-topping musicians.

KORA started drawing attention in 2004 with the release of the Volume EP in 2004 and the band quickly developed a reputation as being one of the nation’s finest live acts. Early track ‘Politician remains the band’s biggest Spotify hit with over 5 million streams.

KORA’s acclaim only grew with the release of their two records. Their double-platinum debut album Kora entered the charts at #1 on release in October 2007 and finally left the charts 57 weeks later in March 2009. Quickly on its heels was a Kora! Kora! Kora! remix LP by Sheffield based post-punk electronic innovators Cabaret Voltaire.

The long-awaited 2012 follow up LP Light Years continued to show the band’s ability to fuse a multitude of influences, from reggae to heavy metal to dirty south hip hop. This album went on to achieve platinum sales and to cement Kora as a top tier act in their home country.

In the years since, between live appearances, the band pursued a multitude of side projects, the last release the rock radio favorite ‘Carolina’ in 2016 showing an appetite for the band’s unique material that remains as strong as ever.

Songwriting for new releases began in 2019, and new material has been received exceptionally well at recent shows. A fresh lineup based around long term members Fran Kora, Dan McGruer and Richie Allan has blossomed with the addition of some of the hottest musicians in the country in Darren Mathiassen (Trinity Roots, Hollie Smith, Shapeshifter) and Marika Hodgson (Hollie Smith, Troy Kingi, Alae) and Karlos Tunks (Moana and The Tribe, Modern Maori Quartet).