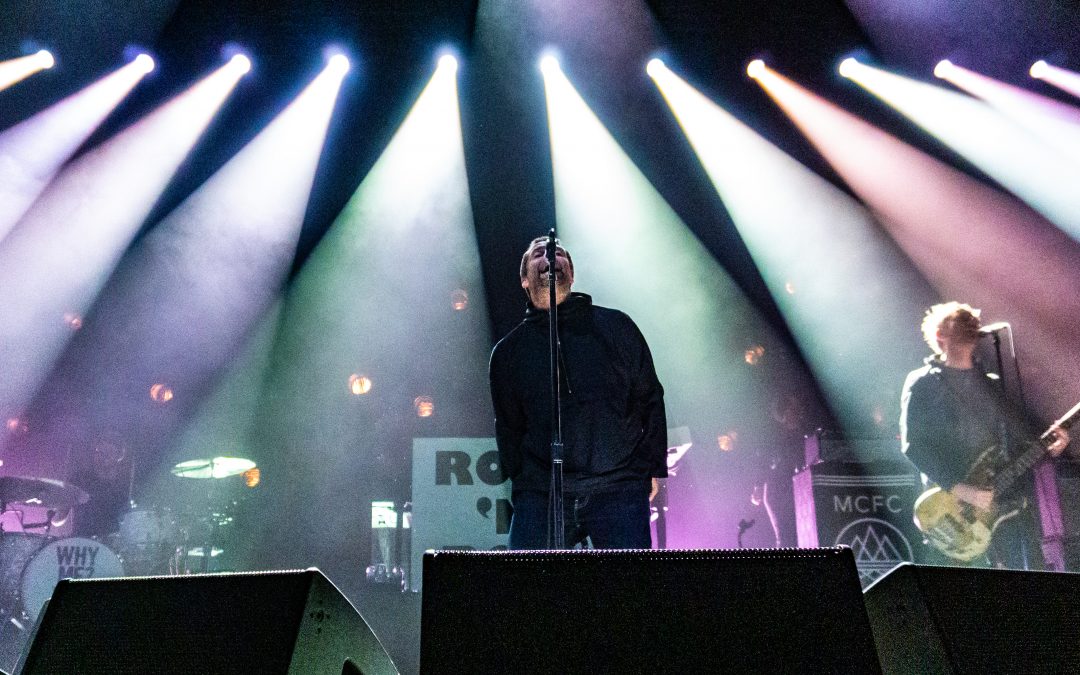 I honestly went into this show knowing nothing. I really didn’t know what to expect. And I have to say I was surprised. Sure I know Oasis but that doesn’t necessarily mean I should base my expectation around that.

ANYWAY as I arrived to Spark Arena, the crowd really threw me. There wasn’t a certain age group or demographic. It was quite the range. Older fans and young fans as well as local fans and international visitors.

Auckland band RACING kicked things off for the night. Now this showed me how interesting this crowd was going to be with people shouting out random things from insults to appreciative comments. It was very random.

Racing seemed to bring a bit of a Rock n Roll vibe to kick the show off and the crowd seemed to enjoy it. The four-piece really set the crowd up for the rest of the night.

Liam Gallagher was interesting to say the least. He was straight to the point and very straight up. For example, as he dove into ‘Aftershock’ and spoke about our earthquakes, he called out media who were there to let them know, it’s just a song and to not twist his words and “get shit about it”.

The arena seemed to be set to a theatre style or half-bowl as some of you may know it. But this didn’t seem to be a great idea as a lot of the crowd really wanted to be on the floor. They really should have pushed the stage back another meter or so. The crowd was really wall to wall and flowed up to the seats and stairwells.

Something I noticed while shooting and throughout the whole show is, he hardly had any light on him at all. It was as though he was trying to make a point of not putting himself in the spotlight. Maybe it was just about the music for him? Because a part from the funky lighting, there wasn’t really anything crazy to the performance. He has a band and backing singers who were actually very well lit a lot of the time compared to him.

“Are there any Oasis fans?” *Crowd cheers* ”It’s be fucking weird if there wasn’t”. “Fucking shit band”.

The crowd was moshing so hard at points that it felt like an old school punk gig. It moved heavily left to right and up and down. It was crazy but so great to see.

There were a couple of encore’s but I loved how he returned after the 1st and greeted the crowd with a “Kia Ora!”

This encore consisted of 3 songs. He ended the encore with ‘Champagne Supernova’. “This is my last gig of the decade. I’m proud to do it here. Nice people and all that”.

I think people really thought that was the end as a good handful of people left. Liam called them out saying they didn’t want to get “stuck in fucking traffic”.

He ended the show completely with ‘Cigarettes & Alcohol’. “Nice one. Have a good Christmas and New Year and I’ll see you whenever”. He chucked his tambourine into the crowd and gave his microphone to a person at the front.