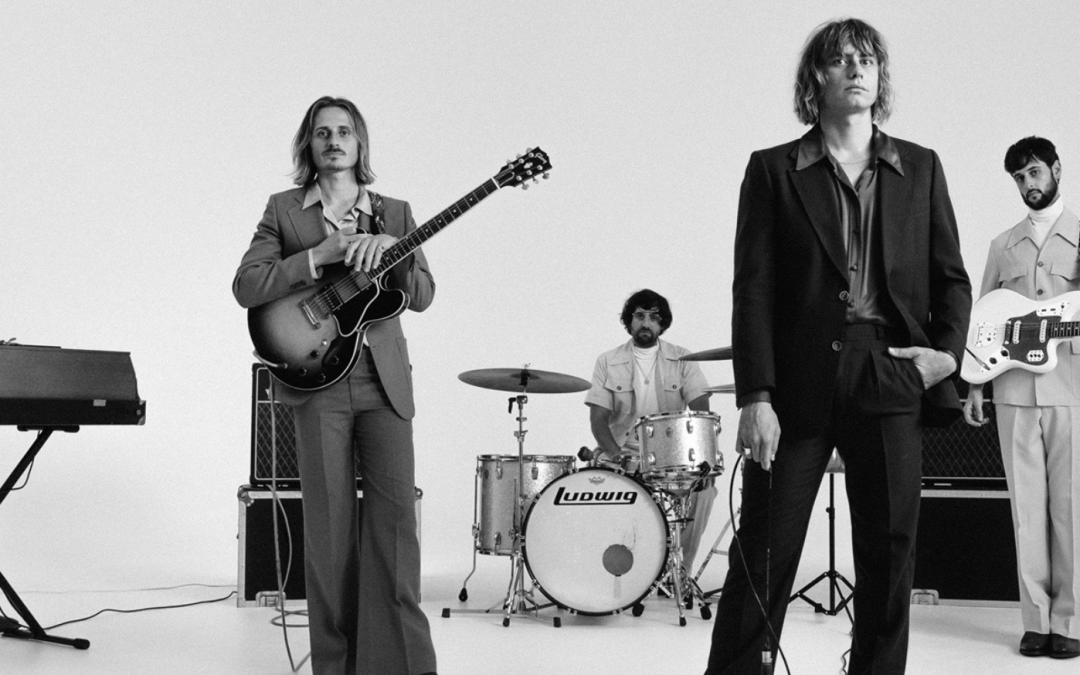 Lime Cordiale, the Sydney band who have been gaining huge momentum and winning over legions of fans all across the globe and currently boast a total of over 95 million streams, officially announce the release of their hotly-anticipated second LP with brand new single ‘On Our Own’ – The album titled 14 STEPS TO A BETTER YOU will be released via Chugg Music / London Cowboys on July 10.

With so much uncertainty in the world at this troubling time Lime Cordiale seriously considered pushing back the release of the album until they could resume playing to their rapidly growing and wildly enthusiastic worldwide audiences and bring the songs to life on stage. The band have decided to stick with the plan to release in July and hope that their music will serve as much needed brightly lit beacon of light, even on the darkest of nights.

By pure chance, ‘On Our Own’ lyrically couldn’t be more reflective of our current climate. The larger than usual tune, initially written about the life of a relationship and the different stages of being On Our Own, has evolved to capture a new poignant relevance. Showcasing the world we find ourselves now in, an unknown world of social isolation.

“The first verse is about finally finding some alone time together, away from friends and distractions. Just the two of us on our own. The second verse is the breakup. The relationship has gone stale and we need some time on our own. The bridge is full of regret. Lonely, on our own and there’s no going back.”

Of the official video directed by their long-time videographer Jack Shepard we see the whole band suited up, polished up and in full live studio mode. “We’ve never had a music video like this. We wanted a studio video that was honest and closer to our live show than we’ve ever had before. We only decided to do it all in one take once director Jack had seen it on the day. There’s no bullshit when you don’t cut. This is who we are and this is how we play “On Our Own”.

The title of the new album, 14 STEPS TO A BETTER YOU, is a parody of self-help books and its songs represent “lessons” on how to be your best self, packed with incisive commentary about their mates, lovers and the world at large and represents how far they’ve come, both musically and personally.

Some of these messages might be sharp, but the sunny, buoyant, music makes them easy to digest. Lime Cordialeare first and foremost a good-times band and 14 Steps – recorded over two weeks on a farm in New South Wales with “no reception and no distractions” – maintains that standard. As with the first album, they worked with producer Dave Hammer (who produced their 2017 debut LP PERMANENT VACATION), and this time, with an established rapport, were able to experiment and play; “find beautiful sounds and wreck them.”

With one of the most talked about live shows in the country Lime Cordiale and their long-time touring band-members James Jennings (drums), Felix Bornholdt (keyboard) and Nick Polovineo (trombone, guitar) played more than 120 shows across the globe in the last 12 months.

Still buzzing from their Hottest 100 sweep (four songs under 40 in triple j’s Hottest 100of 2019), the year ahead looks equally bright for Lime Cordiale. The band are set to perform at Splendour in The Grass in October before returning to the UK and Europe in November and December for a mammoth run of headline shows. The release of what is sure to be one of the year’s most beloved albums should see their rise go stratospheric.

The heavy touring doesn’t faze the band; it’s more energising than exhausting, according to Oli, especially when they find themselves selling out shows in European towns they’d never even heard of.

“When you play a show and strangers are singing your own song back to you, it’s like a massive drug,” Oli says. “You sort of get addicted to that.”