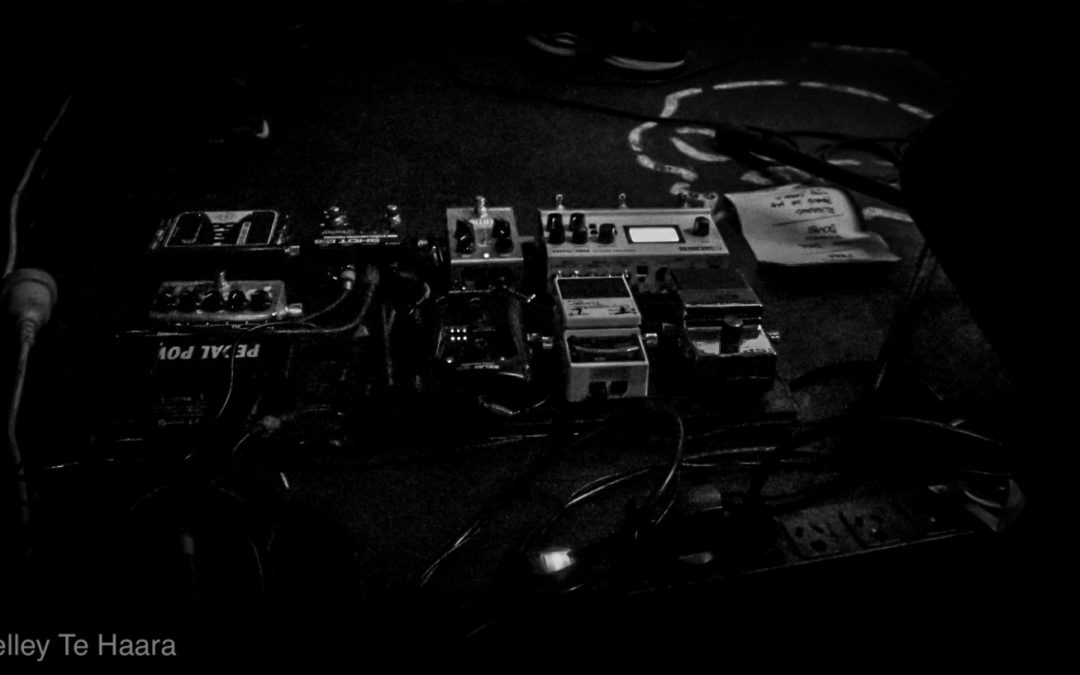 Local 3-piece Lookin Up have recently released their new album GOLD. They are currently on a small NZ run of shows at the moments which kicked off in Auckland, the same day the album was officially released.

At first I thought the album cover was just a gold square and a white border but there is actually a subtle image of the band in the gold square which I think is quite a nice detail.
Lazy kicks off the album and has such a grungy, hardcore-type sound, which I soon notice, is the main sound of the album. I think it is definitely a great way to kick it off. The vocals compliment the music well, as it seems to help balance it out. It’s a grunge sound with a less-harsh voice. This balance seems to remain throughout the album.

Enough seems like the track you want to sing-a-long too. The vocals are very forward and it is quite a simple, 2-step beat.
Doubt brings it down a bit. The music seems lower, a bit heavier. But as a full track this seems a bit simpler.
Don’t picks it all back again and is a bit of a fun track. It’s the one you want to sing-a-long to and also jump too. Super City seems to be more instrumental focused, perhaps somewhat of a break in the album.
Lost is also quite instrumental and seems a bit more simple in regards to music. There’s a few slow builds throughout rather than just being a continuous beat.
Denial picks it back up a bit and gets stuck into the vocals a bit more.
Proud of Me is definitely more vocal-dominant which quite nice. The music is a bit simpler but it really helps the vocals stand out more.
Running is a bit more of a standard track in a way that the music is less hardcore/grunge and more general rock. It’s a really nice track and I think it helps bring people to the end of the album, or at least have a bit of a break.
Got Soul keeps it at the same level as Running. It’s a simple track but for some reason it is also 1 of the ones that stood out to me as well.
Fear just picks it all up again and gets heavy. It sort of takes the album out with a bang and I think it helps you want to keep listening to more rather than the album slowing down and playing out.

Jamie’s and Luke’s vocals compliment each other well that you would assume that it was just one person doing the vocals. Luke’s raw guitar and Jamie’s bass also mixes well with Dylan’s drumming. It almost sounds as though Dylan is nearly mashing his kit sometimes and I’d be intrigued to know if he did.

I caught them at the first show in Auckland at Ding Dong Lounge. The lineup consisted of 2 opening bands and Lookin Up headlining. I missed Snitch Jimmy who were the first band to kick the night off. However I made it on time for local act, Melanie. Melanie performed a good set and I can’t comment much on performance as that stage is so small I don’t really expect bands to go crazy. But vocalist, James Dentice still put a lot of energy behind his vocals and they were a good band to have play just before Lookin Up.

Lookin’ Up took the stage and it was an intimate crowd but I don’t think the crowd realised how awesome that was. Lookin Up have been a strong part of the NZ hardcore scene for a while and I think the crowd may be a bit hesitant on whether to like them or not after a bit of a break and a lineup change, but I have to say the sound is still there, especially with this new album.
Their set was a mix of new tracks from GOLD as well as older tracks from Reborn. As good as the old tracks are it was awesome to experience the new tracks live before even hearing them properly. They also played the 2 singles they released prior to releasing the album, Enough & Don’t.

The 3 tracks that stand out on the new album for me are Lazy, Running and Got Soul?. I am definitely interested in seeing where these guys go from here and if this possibly sounds like something you may be interested in, definitely go give it a listen. I think you’ll be surprised.