NZMM is a cop-out and the NZ music industry needs a change! 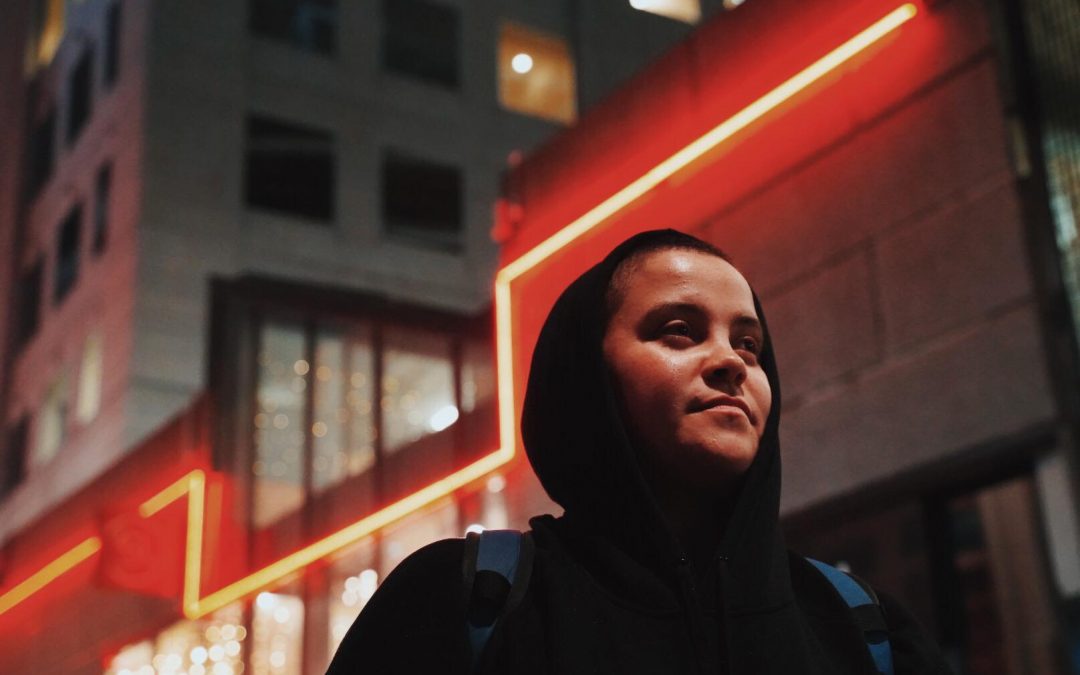 All of these words and opinions are that of Shelley Te Haara alone.

NZ IS AT LEVEL 1 – LOCAL SHOWS ARE COMING – GO OUT & SUPPORT YOUR LOCALS!

Also to all those people that benefit off black culture (Media, Musicians, Festival organisers, Promoters etc) – Educate yourself and use your platform. We see you!

INTRO:
Now I thought I better explain this rant essentially. There are some incredible moments in the NZ music scene that help make this shit manageable. I love to see people doing what they love, even if it can only be a hobby for them. Also shout out to all those who really came through for the industry during Covid lockdown! MusicHelps, governement assistance, Save Our Venues etc.

But a lot of the things I’m about to mention, frustrate me to no end and after the protest I realised, these things need to be voiced, regardless of how it affects me. Also with that NZMM coverage, I had a question: “What do you think of the NZ music scene?” and WOW a lot of you played it safe. I understand why but that won’t create change. So here is my open letter to the industry. I understand a lot of people will get angry, say I’m not experienced enough blah blah blah. But I DON’T CARE.

NZMM: Now do not get me wrong, NZMM it has it’s benefits but let me just dive into this. May 1st comes around, YAY IT’S NZ MUSIC MONTH! You post about your fave NZ musicians and show your support for NZMM in general. But this should honestly be all year around. Why is it only one month that people suddenly care about NZ Music?

MEDIA: You personally may not notice this but a lot of media will start posting about NZ music even more. In saying that, I was wanting to call out more media:

ONLINE MEDIA/BLOGS: Online sites, similar to mine, can be very hit and miss. Some probably won’t do anything. Why? Because they don’t really get as much interest (site visits/hits). It doesn’t benefit their site in any way. Some will post the same stuff everyone else is posting (but that what happens when you all get sent stuff from PR). Or some will pump something out everyday. In regards to the “benefit” side of content, it plays into, “Will it get me into that show?” Or “will it get hits and bring people to my site.” BUT also please know most of us don’t make any money and we are paying for our sites. It is a labour of love for a lot of us and we are working other jobs. So some people don’t have the time. That is the shit reality of it.

RADIO: Radio hardly plays local music unless it’s “bigger” acts such as Six60, Lorde, Benee etc. Now there is nothing wrong with those artists. But I can tell you this, I now can’t stand ‘Supalonely’ due to it being the anthem for NZMM this year (and MTV overplaying it). Due to it being NZMM, radio will play more NZ music, only for this month though. This is more targeted at the generic radio stations like The Edge, The Rock, ZM etc. Shout out to radio stations like 95bfm, student radio etc, you guys support so many local musicians and even other creatives. How can you all be NZ stations when you don’t play NZ music?!

TV: TV is similar to Radio – They will interview musicians, play music and have people perform but similar to radio, mainly just the “bigger” ones. Though most TV is rubbish anyway.

PHYSICAL MEDIA: Media such as The Herald etc are similar to the way radio & tv operate. It’s usually “bigger” artists. But they are all about profit and are just full of ads and rubbish for the most part.

The sad part about all this is local musicians actually want media during NZMM because people suddenly care more, so it is the perfect time to promote themselves. But the platforms aren’t necessarily there. I understand why the “bigger” or more popular artists are promoted and it’s not to say they don’t deserve all the publicity. But what I am wanting to get across is, sharing is caring. Or to all media, just do better ALL YEAR ROUND.

LIVE MUSIC: This segment is more of a general overview rather than NZMM focused. During NZMM there are just a lot of local shows and showcases. That’s really it.

Live music is my favourite thing ever. But I find that a lot of local musicians don’t actually get the support they honestly deserve. That is partly due to the fact they don’t get media coverage which means no one knows who they are. But in saying that, some don’t even get the chance for people to hear them.
SUPPORT SLOTS: You probably won’t get an opening slot for a big act unless you can pull numbers because most of the time it comes down to ticket sales. Money is the focus of a lot of this. Or it’s who you know (a lot of this industry is). I understand wanting to make a profit but does that also mean the crowds have to see the same opening act 4 times in a couple of months?!
Go early to shows! This is how you might discover some new music you actually like and you will get your money’s worth!

LINEUPS: Okay we have argued about this a lot, that the balance of male and female performers are ridiculous. Festivals and promoters I am looking at you! Saying “you asked” or artists “weren’t available” is just overused. There are PLENTY of incredible wahine available to perform. But we know it’s a money thing (with profit and also lets be honest we know the “bigger” acts & particularly male acts get paid more) and a lot of you just like using the same people. Pay your performers what they are worth and just do better! Also just know the overuse actually makes people get sick of that act! Sexism in general in the music and event industry is just a thing. I should know being a female security guard at events.

CROWD SUPPORT: With money being a big part of this conversation, you will probably say people don’t have the money. As much as that is true, it is also another cop-out. I see big international acts sell-out and even Six60 did Western Springs twice. Yet you don’t want to pay $20 for a local? AND DON’T GET ME STARTED ON DOOR SPOTS – Pay for a show. Support your friends!

LABELS & PROMOTERS: Now labels and promoters play a big part in this and some of them are just assholes and will just do the same shit until it dies. It is very much a popularity contest and who you know. Sorry that’s just facts. Also I wish you would all COMMUNICATE! Before lockdown I literally had about 5 shows written down for May 2nd alone. You’ll get more numbers if you work that out. And don’t give me that “different crowds” speech. So many people listen to a wide range of genres now. This is also why a lot of people are independent these days, labels aren’t always that helpful.

VENUES: Damn I have huge love to small local venues. RIP Kings Arms. Honestly, you all really come through for the locals. Nothing negative at all. You were all the first places I thought of in regards to Covid. I really hope this SAVE OUR VENUES campaign has helped and I can come run around again soon. Everyone needs to realise, attending shows supports the artist AND the venue!!!

Now I could touch on the awards shows but I have only been a part of one so there’s not much for me to say except it’s generally a who’s who thing that recognises those who are doing well followed by invite-only label parties.

MUSIC GENRES: Okay it is SO frustrating that NZ only acknowledges particular genres. We have incredible hard rock / metalcore / hardcore (etc) acts but they literally have nothing. This is where Australia is incredible and I understand why so many bands & artists jump the ditch. A lot of these musicians can’t get on radios but this is where online media plays a big part in promoting those who don’t have those audiences. Other genres have a bigger following here than you realise. Stop waiting until an artist blows up until you suddenly care

PERSONAL RANT/SIGN OFF:
I am constantly judged by the fact that my work I do is not paid so let me list you some stuff:
– I paid my friend to build this site and I continue to pay monthly & yearly costs to keep it. I am not the only site operating like this.
– The photos and reviews we do are unpaid. Seeing the show is the payment (especially if you get a +1) but remember, it is still work. While you’re dancing, I’m making a note of what they are doing, what song it is etc. It takes time to learn to do that AND enjoy it.
– My coverage may help my site a bit but it actually benefits the artists, PR etc SO much more. They are getting free content and making money from it so why wouldn’t they have us involved.
– I like to provide photos to local bands I shoot as a lot of them can’t afford to pay me to get that coverage. As much as I hate that term EXPOSURE, I will accept it to help others.

You all may have noticed I started managing some artists. I decided to do this because I know how to work with all of the above. I saw artists hustling hard who deserve so much more, so here I am, trying to make that happen.

I’ve worked in the event security industry for YEARS. The sexism is insane. I’ve fought it for quite some time. Some guys working with me don’t see it. Then there’s just the part that if I argue about it, I lose work. But hey guys are bigger and stronger right? It’s my health and safety right?

HONESTLY I COULD TALK ABOUT THIS SHIT FOREVER. THERE’S PROBABLY SOME STUFF I FORGOT TOO. BUT THIS IS WHAT I HAVE TO SAY.

FEEL FREE TO CONTACT ME IF YOU WANT TO DISCUSS THIS. LETS GET THIS DIALOGUE GOING!