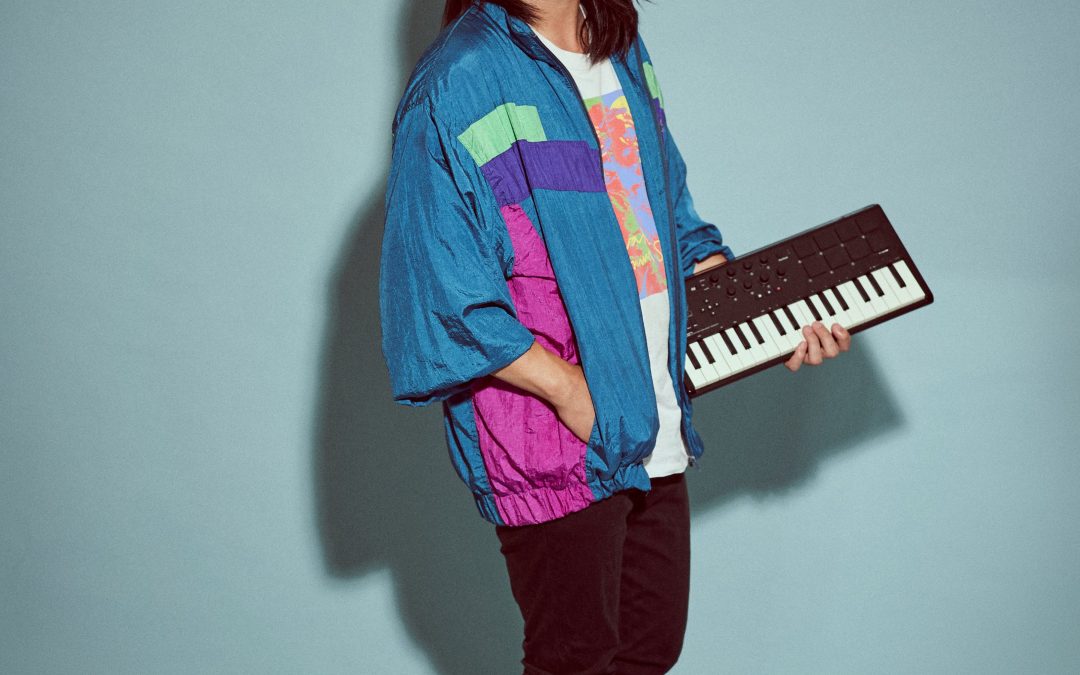 Introducing Auckland-based singer-songwriter Geoff Ong, or the ‘popstar for dorks’ as he calls himself.

The multi-talented musician’s latest single, ‘I Don’t Know’ was written, produced, mixed and mastered in his bedroom – Geoff also filmed the newly released music video for the track in self-isolation – see below. The tune is a “modern pop song that you can groove too” and is just the first fresh taste of his upcoming debut record due out later this year.

CHECK OUT OUR CATCH-UP WITH GEOFF BELOW:

1. Happy NZ Music Month! How did you initially get into creating music?
Thank you, you too! I feel like there have been a lot of things which have felt like ‘firsts’ throughout my musical journey. I had piano lessons as a kid and never really understood the point of music – I just wanted to run around outside or watch TV. But when I first picked up a guitar it all changed, it was like I suddenly understood what music meant and why it was powerful.

2. Tell us about your inspirations and motivations?
The things that I write about tend to be quite personal – I have a lot of feelings (as it seems to be with a lot of singer-songwriters)! I find it quite therapeutic – it forces me to do a lot of self-examination and to understand the root of why I’m thinking or feeling a certain way.

I suppose I’m motivated by the idea of music as a force for connecting people. I think that humans are generally seeking connection, but often we don’t know how to communicate that need. I want my music to facilitate that sense of connection – to be authentic, direct, and intimate.

3. What have you been up to in this lockdown and how has it affected you?
I have been extremely lucky in the sense that I was able to continue working from home, which meant that financial stress was not a complicating factor in my life. I read a blog post talking about how it is a responsibility of people in my position to actively redistribute our resources which really made me think about how fortunate I have been – so I’m passing on this message now in case someone else might need to hear it. I’ve been donating to charities and community groups which help out people in need, and I would really encourage others who can afford it to do the same.

Music-wise, I’ve been writing and recording songs for an album which I’d like to release towards the end of this year. I have been spending a lot of time in my little bedroom studio where I write and produce all my music! I’ve actually quite enjoyed it overall – I’m an introvert and a homebody so it’s been nice to not need to make up excuses when I can’t be bothered leaving the house.

4. What do you think of the NZ music scene?
Love the scene, love the community, love the music, love the people.

5. Goal board time – where would you like to see yourself in a year’s time?
I’d love to have my album finished and in the possession of people who want to hear it.

The Auckland-based singer-songwriter and producer is on a mission to make pop music with authenticity and connection, especially for people who don’t always feel like they fit in and ‘I Don’t Know’ is just that!

Written, produced, mixed, and mastered in his Auckland bedroom, ‘I Don’t Know’ is about a feeling you can’t quite put your finger on. “Do you ever feel a creeping, inescapable, sense of millennial angst? Well, do I have the song for you!” says Geoff. “It’s about struggling to figure out what’s going on in your brain so you can actually explain it to someone. I suppose at the core of it, it’s about our desire as humans to be heard and understood, even when we don’t entirely understand ourselves.”

Sonically, Geoff describes ‘I Don’t Know’ as a “modern pop song that you can groove to. Head-bob-ability is a really important factor to me as a producer.”

With Geoff on lockdown with the rest of New Zealand, he turned his talents to also making the song’s video. “I really enjoy making music videos with a quirky or offbeat element to them. When it came to making the video for this song, I was really struggling for ideas due to being in lockdown along with the rest of NZ. I was like, ‘How can I make it interesting if it’s just me around the house?’ I’d been thinking about just doing a simple performance video and using face filters as a way to make the video a bit less serious, but then I stumbled across a blog post talking about how AR (augmented reality) filters are “the new frontier for surrealist art” and I was like ‘DUDE this is awesome!’”

“So I went on an Instagram deep dive and found a whole lot of cool AR filters and here we are! It all happened very quickly. Along the way it made me think about technology and how often I use it as an escape from uncomfortable thoughts and feelings, so I decided to use that thought as a way to tie the whole video together thematically.”

Geoff first made his mark with the release of his 2015 EP BOSTON. Now as he gears up to release his debut record – due out later this year – he describes ‘I Don’t Know’ as the flagbearer for the album. Alongside newly recorded tracks, the album will also contain the songs ‘Fingerprints’, ‘Don’t Know You No More’, ‘Save Me The Weekend’ and ‘All The Hours’ – all of which made the Top 5 of the NZ Singles Charts.

“I want the album as a whole to be authentic, direct, and intimate. Music is such a powerful artistic medium because it sneaks its way into our subconscious and teaches us to be comfortable with pain and vulnerability and self-examination without us even knowing it.”