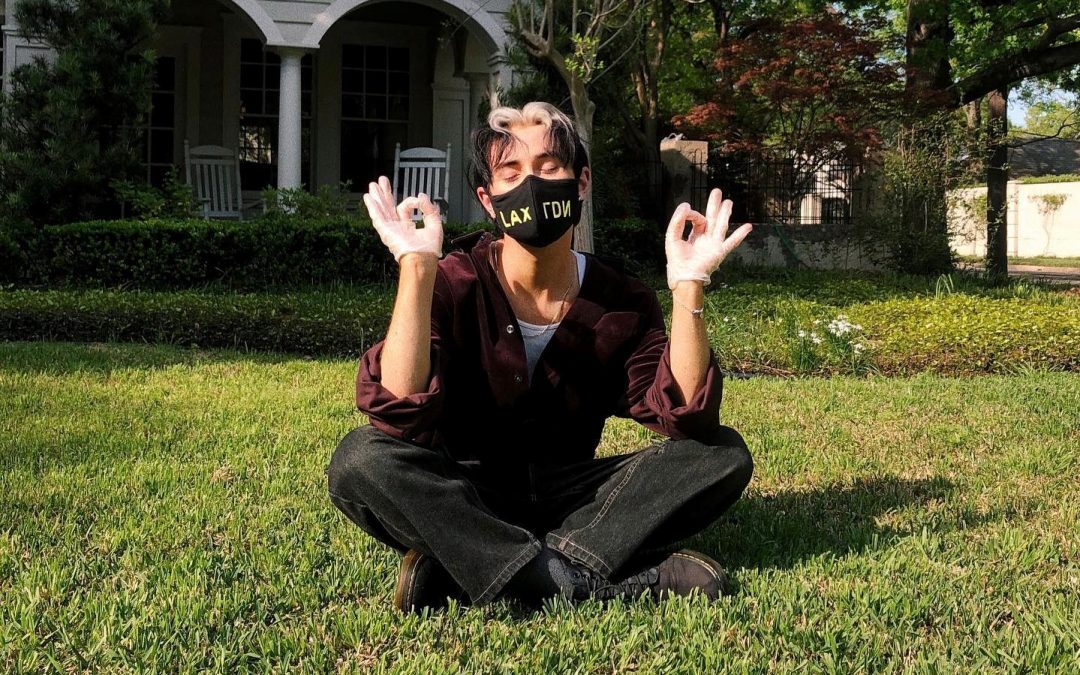 Over the course of his short but hugely celebrated career, Thomston has displayed an innate ability to craft songs that resonate with the masses, while keeping integrity intact. His emotive pop has amassed over 120 million streams, garnered nominations for prestigious songwriting awards, and established a cult fan-base all over the world.

In his handful of releases Thomston has proven time and time again that he understands his audience, creating a genuine connection while remaining aloof on social media.

Stand out tracks Acid Rain and Window Seat showcase his ear for production and his 2020-slated Sophomore record will follow suit, being entirely self-produced, a return to the bedroom-style intimacy that turned heads and won hearts.

CHECK OUT OUR CATCH-UP WITH THOMSTON BELOW:

1. Happy NZ Music Month! How did you initially get into creating music?
I’ve played piano forever, and in high school I started to really mess around with melody and lyrics, it seemed like a natural, inevitable progression. I spent the summer of 2013/2014 at my friends house, writing with FLstudio in his room on a laptop we kept having to put in the fridge to cool down. From there I was hooked and was really fortunate to hone my craft with Josh Fountain for a couple years before being confident enough to produce on my own.

2. Tell us about your inspirations & motivations?
I’m inspired by friends, peers, and artists I really look up to. Frank Ocean and Billie Eilish are artists who I think have an unquestionable control over their output. Kehlani and Ariana Grande are crazy prolific without a decline in quality. Lorde and Chelsea Jade are examples of the value of patience. Harry Styles and Rosalia feel like they have an uncompromising creative vision in the face of major commercial success. There are so many interesting case studies in music that I feel lucky to witness and draw from.

3. What have you been up to in this lockdown and how has it affected you?
Lockdown has been surprisingly productive for my sophomore record. I’m in Texas, which is weird. I would rather be at home right now, but travelling felt irresponsible. I had the weird experience of feeling like a time-traveller from a dystopian future, sent to warn my friends and family, because the USA was on a steep downward slope weeks ahead of NZ. I was able to call my mum and say “when you go Countdown, please wear a mask and gloves. You’ll feel silly but it’ll be normal in a couple weeks”. I’ve been so impressed with the cooperation of the population and the clarity of Jacinda Ardern. Really inspiring to watch from the United States.

4. What do you think of the NZ music scene?
I love New Zealand music. I think it’s in a really good place right now with Benee (she’s everywhere and I’m obsessed), Leisure (heard them at a bar in NYC), Drax Project (heard them at the gym in Dallas) and Broods (love them forever and always). There’s some really world-class stuff making a truly global impact. There’s also an amazing upcoming crop in Navvy, Wells* & Paige and I feel like the amount of success that is happening while the artists still live in NZ is kinda unprecedented. I’m hoping that there will be an opportunity for NZ to really invest in its studio infrastructure and build upon the amazing work of NZ on Air to really help establish this country as a hub of songwriting, production and creation. I can clearly imagine NZ being a world-renowned destination for writing camps and trips. As long as people don’t mind a 12 hour+ flight.

5. Goal board time – where would you like to see yourself in a year’s time?
Wouldn’t it be nice to be able to just get on a plane and not have to think twice about someone getting really sick? I hope we’re there in a year.
On a career-level, last year had me reflecting a lot on what I want, and mainly what I don’t want. Unsurprisingly, this business attracts some pretty terrible people who can’t wait to make money off of young artists, which has driven me to be less reliant. I want to be able to do it all, so that when I delegate it comes from a place of trust and inclusion instead of necessity. I want to invite people into my project. That’s the goal for next year and beyond, just being able to do it all. I wanna work with my friends and experience an “all boats rise with the tide” kinda situation.

THOMSTON HAS BEEN POSTING THAT NEW MUSIC IS COMING. WE ARE VERY EXCITED! SO KEEP AN EYE/EAR OUT!