Outside In: New album and release show tonight! 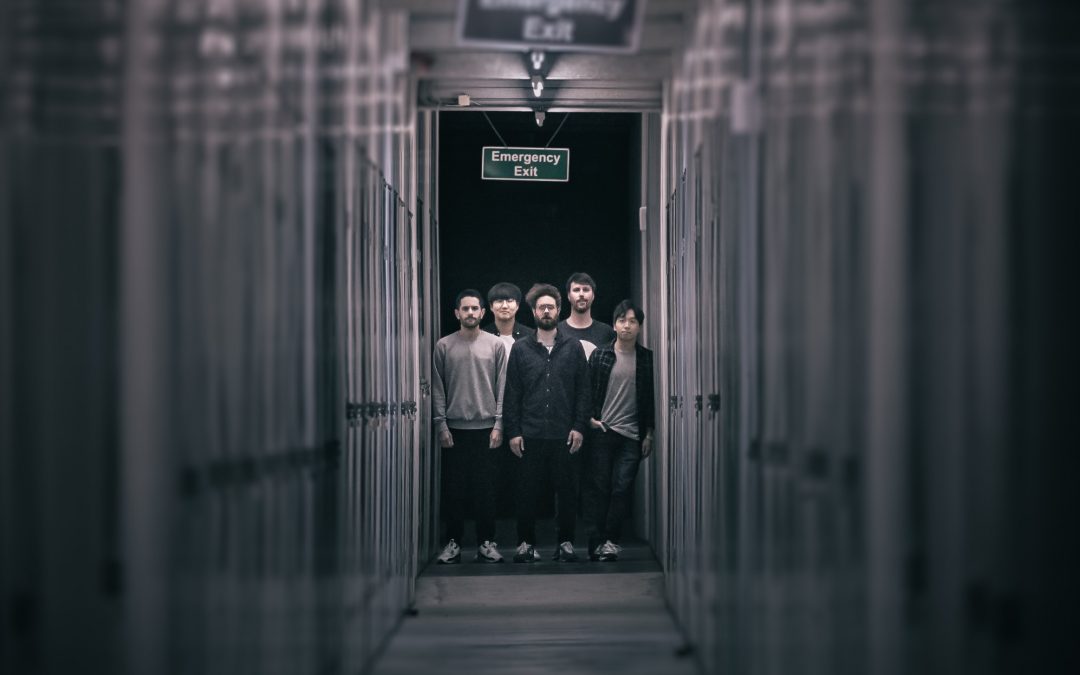 Recently Outside In released their new album KARMATRAIN. Tonight they play a joint album release show alongside Coridian. We decided to catch-up with Mikey ahead of their SOLD OUT show tonight to discuss the show, their new album and whats to come.

How long has this album been in the works?
The album was about two and a half years in the making, from the first demo I sent over to Jonnie which resulted in his rejoining the band, through to the release. I’d been working with a few different band members trying to get things moving after Jonnie and I parted ways after the first OI EP. Progress was slow, so I sent Jonnie this piano chord progression with a vocal demo and he turned it into The Garden of Light by rearranging the ideas and making it a guitar oriented tune. We were so into it that we immediately invited jonnie to rejoin the band. We started working on the album right away. It was exciting to see that there was still great writing chemistry between us, and the old partnership was rekindled.

How has the release of Karmatrain been?
Better than expected. We released in May so NZ was still fresh out of lockdown and local music fans seemed hungry for some musical content that wasn’t shot on someone’s phone in a bedroom. Thanks to teaming up with local record label AAA for the release, we had exposure to a load of new contacts abroad that were specifically Prog-rock focussed. This has meant a lot of reviews have come from overseas. For a little known prog band from Auckland, this was all pretty exciting. The reviews are still trickling in and we continue to get these amazing messages from fans who are enjoying the album too. Its been touching to have people I don’t know saying that a song they discovered has motivated them or helped them process something tough. The themes of the album seem relatable which is a relief considering a huge part of the themes are influenced by a novel written in the 1950s.

Was there any hesitation with it’s release due to lockdown?
Yes. Especially as a show was clearly out of the question. The majority of the release strategy was online anyway so we made the call to just run with it. I messaged Kris from Coridian and Rich from City of Souls for a bit of a chat as they had both decided to forge ahead with their respective releases despite Covid. The discussions gave me a confidence boost to press on with our release as well. Glad we did. Sitting on a finished album is hard. We were all pretty excited to share our almost 3 years of work with people!

What can people expect at the show this Saturday? Describe to us an Outside in show.
We’re looking at playing most of the album in order on Saturday. It’s our first chance to try doing so, and it’s a pretty big set of songs to play. We’ve been working on some sound effects and samples for our live show to add that psychedelic layer to the sounds. This show should be an absolute blast, given that the show sold out within the first week or so. Pretty surreal. I get pretty anxious so as usual my goal is to get lost in the music to make sure I’m giving the best representation of the songs and their meanings over to the audience. Might wear a dressing gown. Who knows? Our stuff has a good mix of trickier musical ideas and odd time signatures, mixed with catchy melodies and hooks, so we’ll be focused on nailing the performance and I’ll be trying my best to portray the feels on top. Sounds intimidating.

Are you excited to finally be back to live shows and together as a band?
Yeah of course. I actually missed the guys way more than I thought I would during lockdown. Even just getting back to rehearsing and hanging out with these fools has been really uplifting after the depressive state of lockdown. Adam got a new rehearsal space just before lockdown so we’re loving having a space to jam in.

Is there much planning for the rest of 2020 or are you just going with the flow?
We are hoping to do a big theatre show to properly launch our album, complete with huge LED screens with custom visuals and a seated audience. We want to showcase the entire album in order, in its entirety. We might do that in conjunction with our album being released on vinyl. We’re running a campaign currently where the first 100 pre-sales of the vinyl will get their names printed in the sleeve as a thank you. It’s sitting at about 30% already.

Anything else you’d like to add?
Check out our album of course! If it’s possible, listen to the whole thing through in one sitting. We are old school in the sense that we wrote and ordered the songs to be a journey throughout the album with sounds and segways between tracks. Our stuff is pretty layered and the elements are not always obvious at the very first listen. There’s lots of details to be explored that will get revealed over multiple listens. Being influenced by bands like Tool and Radiohead growing up, putting subtle and hidden ideas into the sounds and the lyrics has always been a super appealing aspect of making the music. We want this to be an experience which listeners can dig deeper into, not just a repetitive single that gets stuck in your head. Get on board the Karmatrain.

Auckland prog-rockers Outside In are elated to unveil their debut album, Karmatrain, an engrossing 12-track journey that pulls the listener through a spectrum of emotions and sounds – from intense grit, gloom and poignancy to potent and climatic psychedelic euphoria.

The band, featuring members Mikey Brown, Adam Tobeck, Jonnie Barnard, Elliott Seung Il Park and Joe Park, have a wealth of musical experience between them, with both Mikey and Jonnie playing for Blackbird Ensemble, and Adam touring as drummer for The Beths during their US tour. Together, the five produce an exhilarating sound that plays with a range of time signatures and non-traditional song structures.

While collectively Outside In pull inspiration from the likes of Thom Yorke, A Perfect Circle and Pink Floyd, front-man Mikey explains that it was actually a book that served as the muse for most of the tracks on Karmatrain:

“When going through a collection of potential songs for the album, I realised a few were lyrically influenced by a novel I’d read while on holiday in Nice about ten years ago, Hermann Hesse’s ‘Siddhartha’. The themes being fairly universal I decided to incorporate more of the book’s influence into the writing process, until eventually it was obvious that this was becoming a concept album.”

“The album has ended up with each of the 12 songs representing one of the 12 chapters from the book. Each song has a story that relates to that chapter, but also has a parallel story from my own experiences. It sounds pretentious as fuck to be honest but the album genuinely, gradually evolved into a more conceptual thing and it just made sense so I committed.”

“It really helped me having something to come back to when I was losing the plot with
lyrics or ideas. It was a journey.”

Outside In formed in 2012 and have previously released an EP, The Nature of Dreams, in 2015.