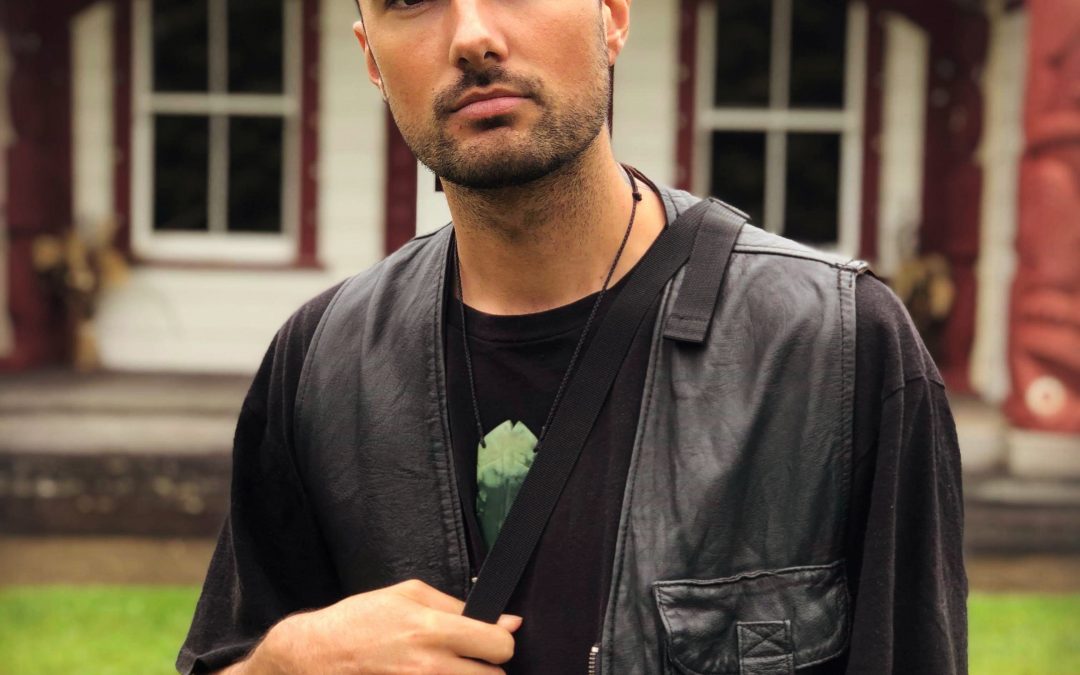 Rei released another Reo album and I have to say he really has outdone himself with this one. Now people may think “oh I don’t want to listen to it because I don’t understand reo” and I have to say you can still enjoy it without understanding it. Just vibe along. If you want to know what he is saying, he has supplied translations. I only know basic reo myself but I can still really appreciate what he has done with this album.

The album starts with an intro ‘Hoea intro’ which has elements of Taonga Puoro (Maori musical instruments) and light vocals that help build you into the title track ‘Hoea’. This is where Rei’s rap verses and hip-hop style beats come into play. ‘Hoea’ touches on how you should do your own thing and he’ll do his.  It’s almost like him saying ‘mind your own business’ and that you can say all you want because he will come out stronger.

And though you may think this sets up where the album is going, ‘Ohia’ slows it down. ‘Ohia’ brings out Rei’s more smoother vocals, which works perfectly as it is a song about him breaking down his walls to someone he has very strong feelings for.

The album picks back up with ‘Rapeti’ which is such a fun and track that can really hype you up. This track is clearly a play on the childrens waiata ‘Oma Rapeti’ but the difference is he has elaborated it so much more. As much as this track can hype you up, it is more of a personal hype track – A statement on who he is and what he is doing. But in saying that, you can definitely translate this to a track for yourself. Which I feel like a lot of us tend to with the music we listen too.

Slowing things down again, ‘Herekore’ is his track ‘Too Easy’ translated into reo. ‘Too Easy’ features Lion Rezz and was released on his previous album ‘The Bridge’. It is definitely just as great a track in reo as it is in english. You also have to appreciate Lion Rezz coming on to also do his part in reo as well.

Keeping things at a similar tempo, rather than amping it back up, Rei brings his smooth vocals back in on ‘Nanawe’. The track is a nice, smooth and simple track about being excited about being with someone.

‘Nohea’ brings things back up with a more upbeat tempo and Rei’s rap verses. But they are balanced with Tyna’s smooth vocals in the chorus. The track in itself is actually quite a fight song in the way Rei talks about his fight to keep doing what he loves and how he won’t fall back again.

‘Auahi Ana’ is quite the club song if I was to summarise it. A song to dance to and really vibe on the dance floor with that special someone who has caught your attention.

The ‘Hoea outro’ touches on the same things as ‘Hoea’. I am intrigued that he hasn’t put the outro at the end of the album. Instead it ends on ‘Holy Heka’. This track is a fun one to dance to as well but this track mixes English and reo, rather than being completely reo. It actually follows on well from ‘Auahi Ana’ in a way that, though it is what I would call a sexual song, it is a great club song as well. I would actually love to see these tracks incorporated into the club scene as they are definitely tracks to move too. It would also be awesome to see other languages in different environments considering how culturally diverse Aotearoa is.

I think this mahi Rei has done with this album is really helping bring the reo into the mainstream and to the youth. Rei shows that reo can be used in the same way we use English everyday and I think that is important with all the the rangatahi who want to learn the reo.

Get more info on the album below:

Rei made the most of his 7 week NZ lockdown by focusing on producing what he considers his best te reo album yet, ‘Hoea’ (releasing on June 26th). The title ‘Hoea’ is derived from the familiar whakatauki (saying) ‘Hoea tō waka’, or ‘row your own whaka’.

The bi-lingual lead single ‘Holy Heka’ is an uptempo rap banger, a little risque, but by no means disrespectful… in fact the main message of the waiata is about the importance of female pleasure.

Following his te reo EP ‘Rangatira’ in 2019, this album demonstrates Rei’s skill and passion for innovation in Māori music. Rei loves to push boundaries and make reo music like never before.

During the rāhui he also featured on the #1 lockdown track ‘Stay’’ as well as making various content for Māori TV, live streams for Hallensteins, his own ‘Tutu Tuesdays’ live songwriting sessions and even made 2 music videos. One was a comedy track called ‘Miss My Homies’ with Mikey Mayz and Tane The Forest Kid. The other was ‘Rāpeti’, a cheeky track about his super busy summer of touring… All of this from the comfort of his Waterview whare.