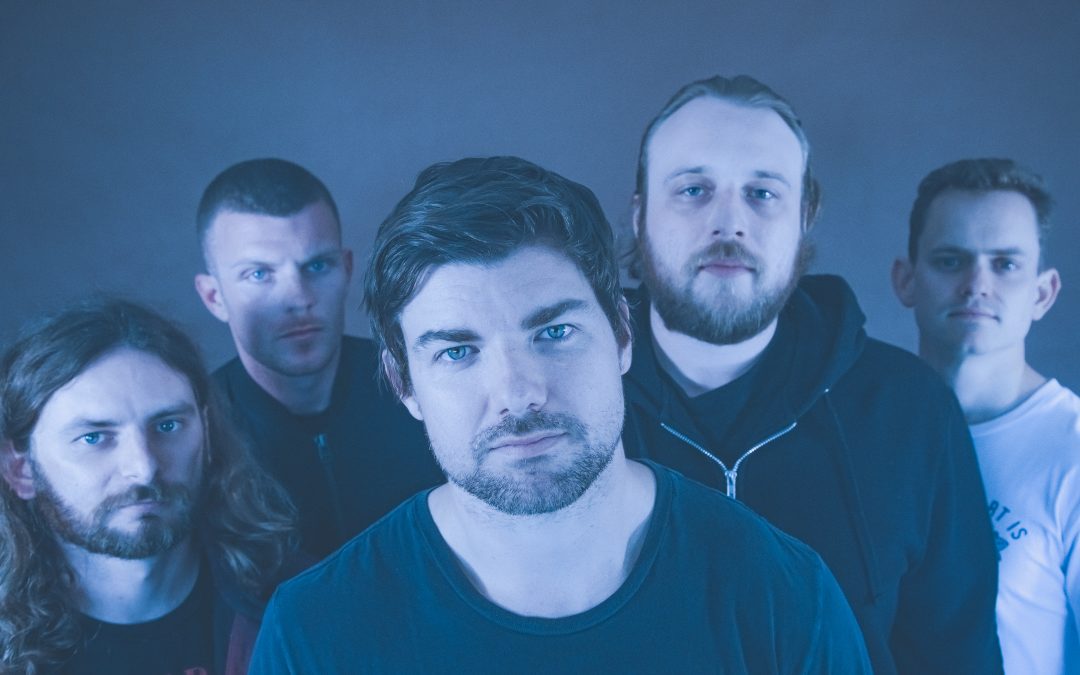 Skyway is special to me. I was but an underage grommet when they were getting big. I owned Skyway shirts, including one I found at an op shop, and I somehow ended up with two copies of their second album Finders Keepers. There are a bunch of pop punk bands that are still making music that came up during that period around 2010, but there are hundreds more that broke up or faded away. If you listen to Finders Keepers today, you’ll hear what all of those bands sounded like in 2011. They captured what the genre was doing worldwide at the time. To me, that’s the magic of listening to those early releases: that sound reminds me of feeling cool in high school, going to shows with my friends, getting involved in the scene, and hearing what new music was coming through. I’ll always have a special place in my heart for Skyway.

Their new EP Hope Floats, Love Sinks is actually not the first time Skyway have re-emerged. I went and saw them play in Woolloongabba a few years ago when they played a “reunion show”. At the time I expected them to start writing again and come back to the scene. Pop punk and easycore were showing signs of peaking and it would have been the perfect time to drop an EP full of bangers and go on tour. Instead, they disappeared.

Skyway have now returned again after, cumulatively, nearly ten years on hiatus. You can be forgiven for not remembering them. They were a big deal in their day, releasing two successful albums (by local pop punk standards) and an EP that has become a cult classic among those who were there. Theirs is still one of the best covers of Fast Car ever released. That cover has made it on to basically every one of my party playlists since it was added to Spotify.

Importantly for Skyway, pop punk has come a long way since they broke up. The genre has been changed irrevocably by bands like The Wonder Years, Knuckle Puck,  and mega acts like Paramore and My Chemical Romance. We expect more now in terms of ambition, musicianship, lyricism, emotion and calls to action.

In 2020 Skyway have returned with a new EP rather than merely one headline show, which I guess means this time it’s for real—but the first single doesn’t have a music video, just a lyric video. I also notice they’ve returned without having signed to a label and I can’t find a producer credit anywhere. Then I hear the first track on their long-awaited release is also entirely instrumental. So do they really mean business?

Well, it’s brave of them to open with an instrumental track. It builds slowly and doesn’t rely on any genre cliches that I’m aware of.  In fact, the guitar intro reminds me of what is now grandpa-rock. It definitely sets the expectation that this is not going to be a Finders Keepers B-sides EP.

The other four songs, including single Cut The Ties, are all suffering an identity crisis.

None of them sound like Skyway’s older songs, but retain a lot of the signatures of the era: particular guitar licks, vocal effects and notable Woah-Ohs. Also peppered throughout are the higher-pitched, faster-paced vocal melodies that Skyway were famous for in 2011. Elsewhere on the EP their sound goes out of its way to come off as more mature than their older releases. On Hope Floats, Love Sinks, these two approaches sound at odds with each other.

The thing is, their newfound maturity doesn’t yield any better songs. I don’t feel energised by any track. I don’t feel connected with. I don’t feel like they’re trying to leave me feeling anything.  None of the lyrics are particularly good and there are multiple throwaway lines that are just there to fill space. The themes are also not particularly interesting if Skyway is going for a demonstration of their personal growth. I’m thinking particularly of Glasshouse, which explores a breakup, but spends too much of the song describing a house of glass shattering.

I’m being harsh here. The EP isn’t absolute trash. The musicianship is definitely there and, in particular, the drum line is spectacular. I don’t love the vocal performance on the lower notes of Heart Anchor, but otherwise the singing everywhere is fun and shows a good range. There’s parts that are genuinely interesting and catch the ear. Skyway have by no means gotten worse, they just haven’t ridden the same wave the rest of us have over the last decade.

Skyway had two options to release a hugely successful EP. They could have just released a bunch of samey songs that sound like what they used to sound like and it would have blown up. Press it to a 10-inch, jump on the tour circuit as soon as the world opens back up again and have a blast playing a bunch of fun shows for a year or two. Alternatively, they could have written a highly personal, socially aware and mature concept EP. They could tell us about all the new challenges they’ve had since starting families and turning into the adults they never wanted to be. They could give us a piece of themselves that resonates with us.

Instead, Hope Floats, Love Sinks sounds directionless, soulless, and unambitious. This EP is Skyway dipping their toe in again to see if there’s anything in the water. That just isn’t good enough anymore. Even in Australia, they’re going to be compared to the other two big pop punk releases of the year, Yours Truly and Stand Atlantic, and they are going to be compared unfavourably.

What am I adding to my playlist? Nothing. None of these songs are good enough. Go back and add their Fast Car cover from 2010 instead.

Will I pick this up on vinyl? If they pressed it, which they haven’t, I would be giving it a miss.

I give Hope Floats, Love Sinks by Skyway one star.