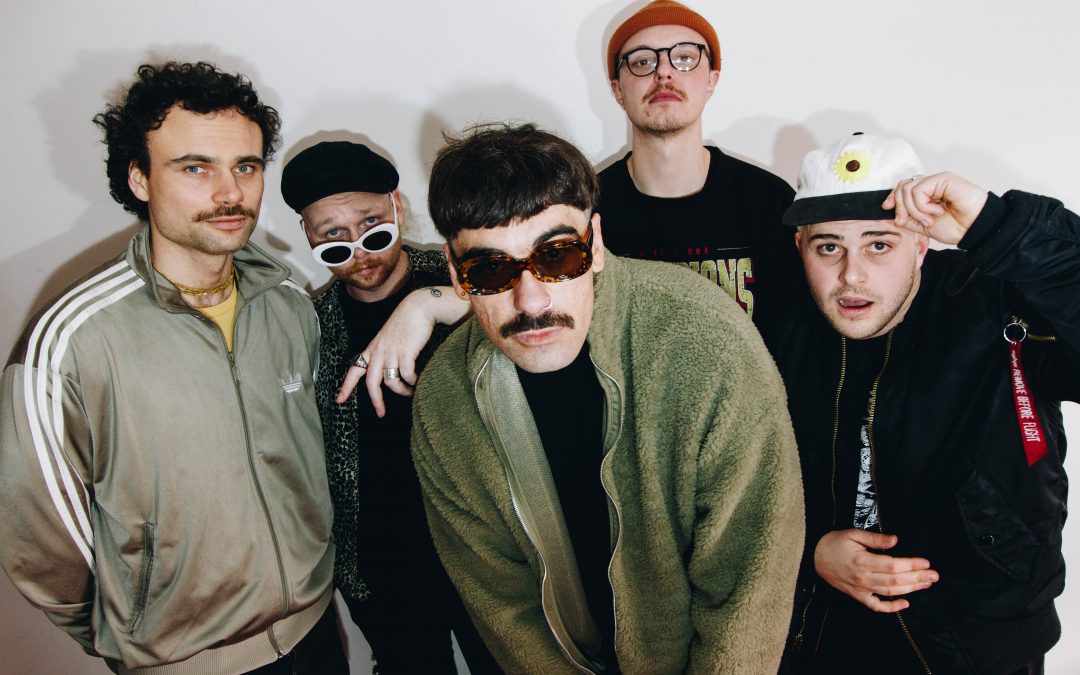 Summer Thieves are currently on a nationwide tour celebrating the new release! Following packed out shows in Raglan and Mt Maunganui, Summer Thieves will take the party to Auckland’s Tuning Fork tomorrow night with support from LA WOMEN. Limited tickets still available – get them HERE! Full dates below.

“It’s definitely been the longest we haven’t been on a stage since the beginning of the band. So it’s fair to say we’re coming in hot.” – Jake Barton (singer and guitarist).

From humble beginnings performing at Dunedin parties to playing alongside some of the world’s most revered artists – Summer Thieves have rightfully earned their spot as one of Aotearoa’s most prized up and comers.

Singer and guitarist Jake Barton and drummer Johnny Ward began playing together in high school at the age of 15. Fast forward to 2011, they joined forces with Adam Spencer (bass) and consequently formed Summer Thieves. Starting at Dunedin Scarfie parties and covers gigs, they quickly became a crowd favourite and it wasn’t long before they started amassing a legion of dedicated fans nationwide. Since forming, Summer Thieves have expanded to a five-piece line-up recruiting Izzy Bones (keys and guitar) and Jarni Blair (lead guitar).

Summer Thieves teamed up with multi-award-winning producer and artist Tiki Taane for their debut album, Warped. Together they created a 12-track journey laced with catchy hooks and toe-tapping, head-bobbing rhythms. In 2017 Warped was released into the world and a slew of festival shows and sold-out tours ensued. The boys cemented themselves as a must-see within the New Zealand festival and gig circuit with repeat performances at Rhythm & Vines, Bay Dreams, Rhythm & Alps and Raglan’s Soundsplash, and it doesn’t end there! They’ve opened for hip-hop royalty Macklemore & Ryan Lewis, Hermitude, Australia’s Sticky Fingers, Peking Duk, and Ocean Alley as well as local heavyweights Six60, Katchafire and Sons Of Zion.

Formed in Dunedin and currently based in Auckland, Summer Thieves have retained the songwriting process that Ōtepoti is renowned for, while adding a dash of big city polish in their latest offering Bandaids and Lipstick.

For the most part, the six track affair is a consonant, pleasant and vocal hook-driven affair which blends elements of pop, hip hop and roots. The former no doubt assisted by producer Alex Wildwood who’s worked with Aussie pop icons The Veronicas and the latter presumably soaked up while sharing the stage with the likes of Six60 and Katchafire.

The “summer” part of the band’s moniker is evident in spades, both in the sun-soaked sonics as well as at times in the mention of the lyrics of ‘Get Away’ and the seaside-adjacent and reverb-soaked number ‘Ocean Baby’. The offbeat upstrokes of the rhythm guitar, playful lead guitar melodies and effortless vocal flow of ‘Hands’ will undoubtedly become a quick crowd favourite.

The pairing of radio-friendly pop and a sprinkling of rock guitar in ‘My Mistake’ seethes with Wildwood’s touch while sadly ‘Rey Mysterio’ is a little lacking in literal wrestling references but redeems itself in danceability.

Bandaids and Lipstick goes a fair distance toward cementing Summer Thieves as natural successors to distinctly Aotearoa exports such as The Black Seeds. My only point of contention here would be that while the low end on this release is pleasing, I felt like it may perhaps be a little too well behaved. Perhaps these tunes could benefit from a cheeky raucous dance remix or two? Either way, there’s little doubt that they’ll be heard throughout summer festivals and on endless repeat in punters’ brains across our blessed bubble of a country in the coming months.