The Beths new album ‘Jump Rope Gazers’ is out now! 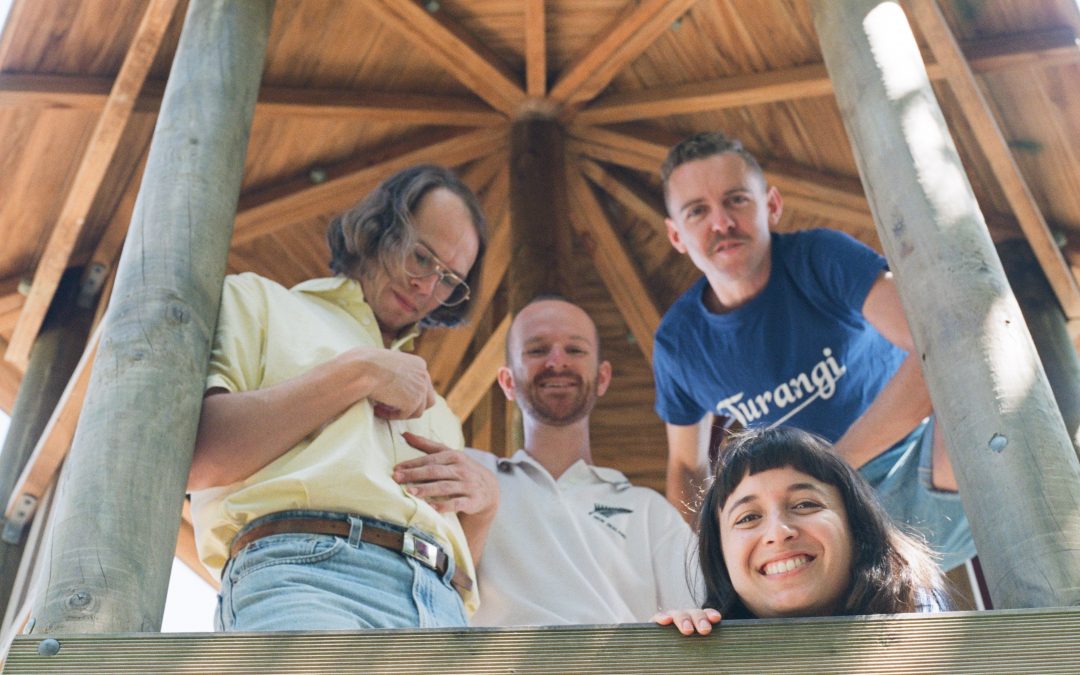 The Beths’ new album, Jump Rope Gazers, is out today on Carpark Records, and they’re sharing a new video for the title track, “Jump Rope Gazers.” Elizabeth Stokes says about the mellow and expressive love song, “I’ve always dabbled in extreme sincerity, but always self consciously. I think there’s nothing scarier than just using the words ‘I love you’ in a song. In a love song. I didn’t manage it on our first album, but I guess I was ready for this one. The bass drum Tristan used for this one was a huge old modified marching bass drum. It’s the slowest tempo we have played, which gives us space to do things we wouldn’t normally be able to.”

The accompanying video, directed by Sports Team (Annabel Kean & Callum Devlin) and shot at the Mangawhaiheads in New Zealand, features Stokes and bandmate Jonathan Pearce. “All the different landscapes were fifteen minutes walk from each other. I’d never seen sand dunes that big before, they were a beautiful dream. Walking up one was kind of like a nightmare though, they are so steep,” says Stokes. Director Annabel Kean adds: “‘Jump Rope Gazers’ is a total heart-breaker, huge feelings track, and it was clear from the first listen that Sports Team had to go bigger than ever to match the calibre. So, we shot a 5-minute sci-fi alien adventure romance.“

The Beths are Elizabeth Stokes (vocals/guitar), Jonathan Pearce (guitar), Benjamin Sinclair (bass), and Tristan Deck (drums). Jump Rope Gazers is the follow-up to Future Me Hates Me, “one of the most impressive indie-rock debuts of the year” (Pitchfork). The album received glowing praise and appeared on many year-end lists including Rolling Stone, NPR, Stereogum, and more.

Jump Rope Gazers tackles themes of anxiety and self-doubt with effervescent power pop choruses and rousing backup vocals, zeroing in on the communality and catharsis that can come from sharing stressful situations with some of your best friends. Touring far from home, The Beths committed to taking care of each other while simultaneously trying to take care of friends living thousands of miles away. That care and attention shines through on Jump Rope Gazers, where the quartet sounds more locked in than ever. Jump Rope Gazers stares down all the hard parts of living in communion with other people, even at a distance, while celebrating the ferocious joy that makes it all worth it.

Tickets are selling fast for the Jump Rope Gazers Tour announced last week, with a second Wellington date after the first concert at San Fran sold out in 12 hours. For those who can’t make the band’s sold out album release show at Auckland’s Powerstation tomorrow night, this morning’s ‘Live From House’ stream will give fans a taste of The Beths live before the nationwide tour begins next month.