The Gloom In The Corner release new single – WARFARE! 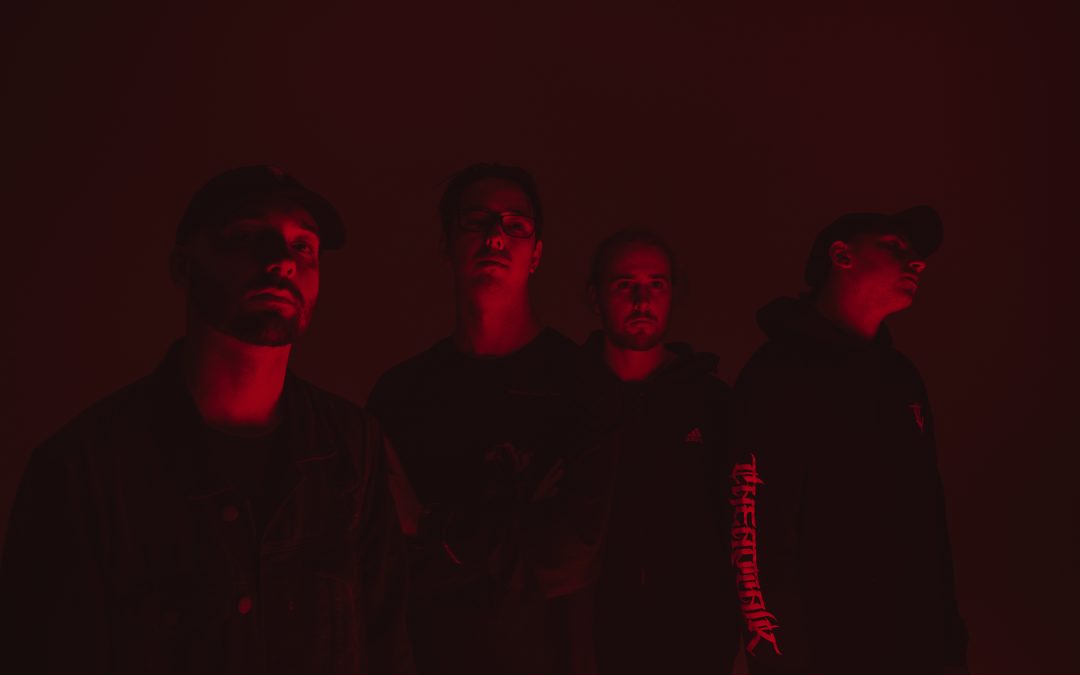 Melbourne’s The Gloom in The Corner have been asking their fans at their website – “WHERE DO YOU STAND? – referring to their warring factions featured in their Gloom saga – The Sect, The Holy Order and a mysterious character called Echo 6 (It’s entirely possible that Echo 6 himself is the person leaking these songs). An overwhelming number of people have flocked to the site, taking the often-disturbing survey and sharing their results on social media, proudly displaying their Faction.

It’s all in support of the band’s new single “Warfare” – out now. This is a continuation of the saga of The Glooms – the Fear Me arc. At this point in time, three singles to be released this year will form a stand-alone chapter in the narrative. This single is the second of the three, following April’s “Violence”. The narrative to date can be found here.

As with previous single “Violence”, “Warfare” is co-produced by The Gloom In The Corner and Jamie Marinos (who also engineered the track) and Mixed & Mastered by Jeff Dunne.

Frontman Mikey Arthur spoke recently with Wall of Sound about the single and where the narrative is heading after their last EP – “Following the events of ‘Flesh & Bones’, Jay, the anti-hero of the arc, has since lost his position as a detective, and been moved to The Sect’s wet-work team, performing hits as per request of Director Scarlett. The Sect’s oldest foe, the zealous cult known as The Holy Order, is also coming to light, led by the supernatural priest Elias DeGraver. Not much is known about the Order as of yet, but more will be soon to come.”

The cover art for the single fills in more of a mural in three parts – this section being the right-hand side, depicting a ‘Last Supper’ for The Glooms. When the three song cycle and the middle section is complete, a twist ending will be revealed, leaving a cliffhanger for what will follow for the band and the narrative of The Glooms.

Killyourstereo.com said in their premiere that “‘Warfare‘ is a perfect summary of what TGITC do as a band, one of their strongest offerings to date…featuring an insane “no god is above me” deathcore breakdown section (suitably complimented by decapitating pick scrapes) that’s down-right f%$king Biblical in its impact.” Yesterday, Slipknot’s international KNOTFEST website posted a “Get To Know The Gloom In The Corner” piece, exposing the band to a huge international audience.

The past few years have been a meteoric rise for the band, where they performed at Bigsound 2019, at Unify Gathering 2020, won the triple j unearthed competition to play Download 2020 Melbourne (that was unfortunately cancelled), and then took out a spot on The Faction’s Hardest 100 of 2019 with their song Misanthropic. In their time as a band, The Gloom in The Corner have performed with The Plot In You, Chelsea Grin, Born of Osiris, Architects and Polaris.

The Gloom in The Corner’s new single “Warfare” is now revealed to the world on all digital stores and streaming platforms through Collision Course. It is available now at https://ffm.to/warfare.