The Others Way lineup is out!!! 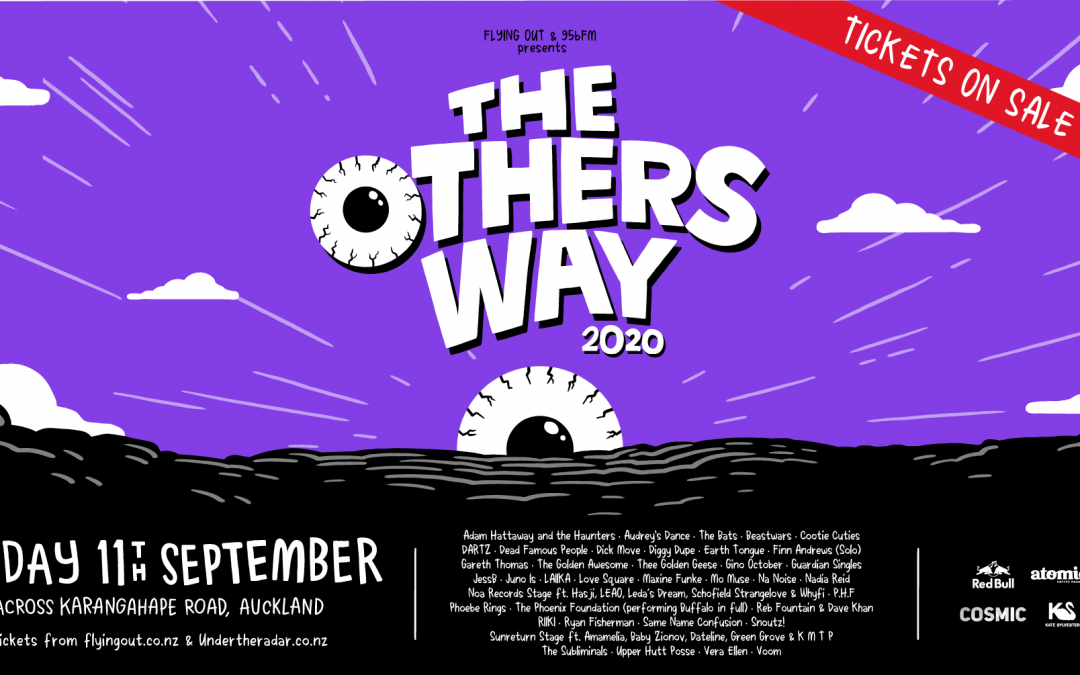 Karangahape Road festival The Others Way announces a line-up that digs deep into the rich vein of pure gold that is New Zealand’s alternative music scene.

The Others Way 2020 includes folk darling Nadia Reid in her only Auckland show with her full band. The Phoenix Foundation take time out from their new music for an exclusive performance of Buffalo, celebrating the reissue of the acclaimed album on the 10th anniversary of its release. The line-up features artists of the moment JessB, Reb Fountain and Finn Andrews, with Beastwars bringing their immense sludge metal sound to the festival, and The Golden Awesome playing a rare live show.

In the Music Royalty category, The Others Way is thrilled to announce an appearance by New Zealand Hip Hop founders Upper Hutt Posse. Flying Nun icons The Bats and their labelmates The Subliminals and Dead Famous People will also play, and power-pop heroes Voom make a welcome return to the festival.

The Others Way 2020 line-up (in alphabetical order):

Tickets for The Others Way 2020 are selling fast – with a third of available tickets already gone!! Get your tickets now at Flying Out, flyingout.co.nz or undertheradar.co.nz.

The Others Way
Friday 11 September
Across Karangahape Road