The Rubens released a new single and they want you to be in the music video! 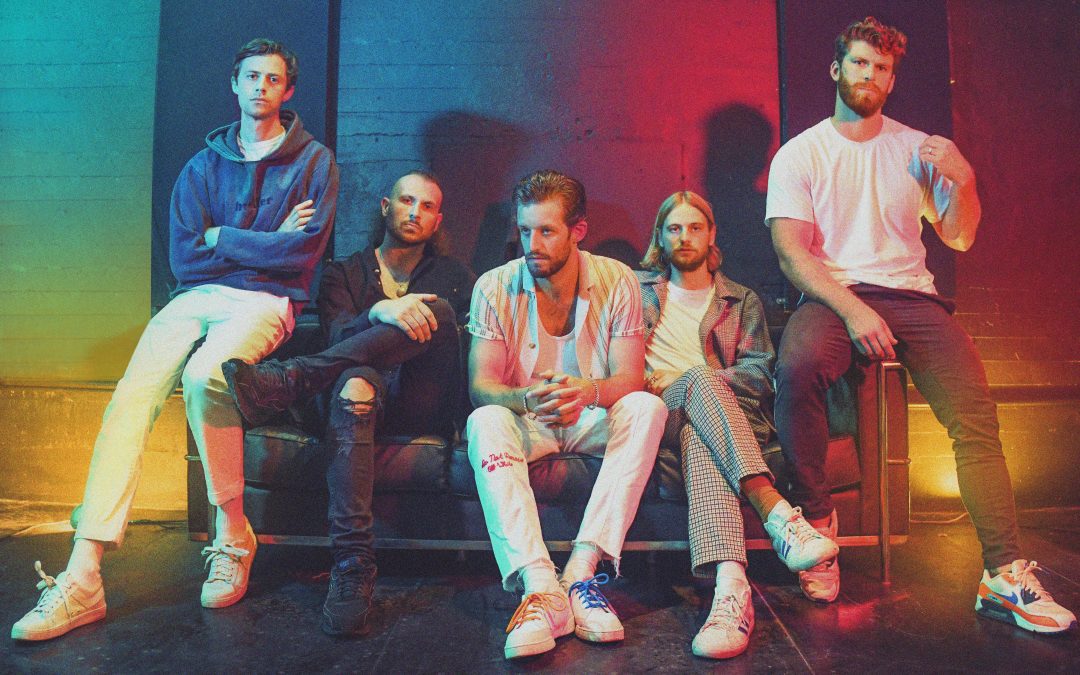 Following on from the release of their summer hit ‘Live In Life’, The Rubens return in full force with their new single, ‘Heavy Weather’, premiered on Tuesday morning on triple j Breakfast.
Listen to ‘Heavy Weather’ here Bursting with colossal hooks that are bound to stay in your head for days, ‘Heavy Weather’ is all about empowerment; an anthem reminding us all to take control of the inner critic and back yourself when times get tough – a message that seems timely in this new world order.

Until recently the band were in the final stages of recording what is to be the band’s fourth studio album, giving themselves a break and some space at the end of March to see if inspiration would strike at the final hour before heading on their (now-postponed) tour. “Like most people, the pandemic has affected us on many levels. We’ve postponed our 27-date tour, which we’ll hopefully have news for fans on this soon. Re-routing these many dates has been a challenge. On the recording front, we were meant to deliver our new record right now for a release later this year. We were SO bloody close to finishing but for obvious reasons we can’t all get in the studio right now, so that’s been pushed back to 2021. But we thought f^&k it, if we can’t tour or record let’s release a new single regardless!”

With album plans on hold for now, the band didn’t want to leave fans waiting for new music.
“We wrote ‘Heavy Weather’ at the end of 2019. The song is about the inner dialogue you have with yourself when you’re going through something heavy/challenging. This song has nothing to do with Covid-19 but I guess more than ever people are going through some very hard times now. So on one hand it’s a bit scary to know the themes relate but what we really want is that pandemic or no pandemic, if you’re going through a tough period, maybe this song can help you through that process and let you know you’re not alone.”

With the new social restrictions in place, the band’s planned video clip also had to be canned. So instead, The Rubens are calling for the community to help them create a music video from isolation.

“We literally had some video treatments for the song by some dope directors, but all of them couldn’t do it because of the COVID-19 restrictions, so we’ve had to rethink the approach. Given the set back with our tour, we wanted to acknowledge our fans somehow. We thought the best way to do that was to invite them to be in a clip. So we’re asking fans around the world to send in videos of them doing anything they’re doing right now and our good mate Russ is going to do his creative thing and make a boss video with all these videos!”

All details for how to be in the clip can be found on this link:
www.heavyweather.video

‘Live In Life’ followed 2019 standalone single ‘Falling Asleep At The Wheel’, a collaboration with US punk-hip hop start Vic Mensa, which was premiered by Zane Lowe on Beats 1 and live at this year’s Splendour in the Grass to a packed Amphitheatre at sunset. The single received high rotation airplay on triple j and incredible playlisting across Spotify & Apple Music.

2018 proved to be a landmark year for The Rubens, which saw the release of their third album LO LA RU, including hits ‘Never Ever feat. Sarah’ (2 x Platinum AU), ‘Million Man’(Gold AU) and ‘God Forgot’, a mammoth headline tour across Australia, New Zealand, the United States and Europe and supporting P!NK on her massive 42-date sell out arena tour of Australia and New Zealand.

And in more great news, ‘God Forgot’ has just been nominated for Most Performed Alternative Work at this year’s APRA Music Awards. The ceremony will be streamed live on May 26.