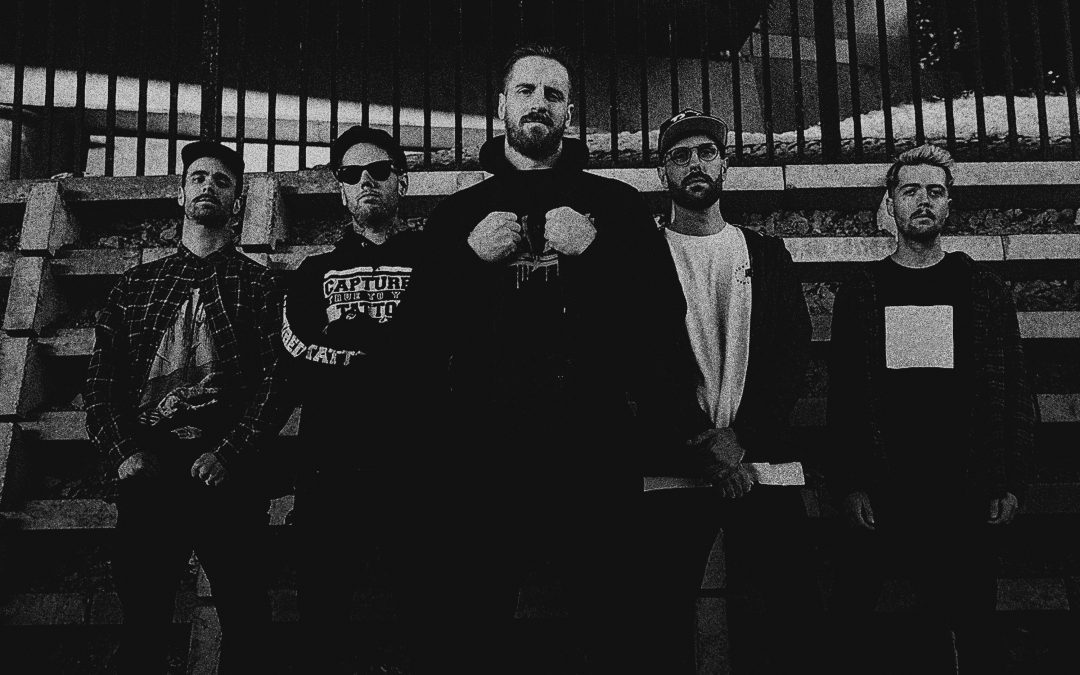 Xile are a 5-piece from Grafton, New Zealand who as they say “blend in flavours of death metal and European beatdown” to create that Kiwi Hardstyle sound they are known for. The name Xile came from Slayer’s track ‘Exile’ off the album God Hates Us All “Listening to the album in the car, the chorus screams “Exile! Exile! Exile!”. There were heaps of bands already with the name Exile so I just chopped the E off the front. Problem solved. Slayer solves every problem”.

Just as lockdown hit, Xile released their debut album I AM YOUR GOD! More info on the album here: https://momentspassed.com/xile-i-am-your-god/

CHECK OUT OUR CATCH-UP WITH LUKE BELOW:

1. Happy NZ Music Month! How did you initially get into creating music?
Happy NZ Music Month! My first band was a Slayer cover band called Kill Again around 2006 we played our first show – 6/6/06. I played a really awesome-looking metal bass guitar, had dyed black hair and wore a bullet belt. Those were some awesome times to look back on. Since then I’ve played in many Metal and Hardcore bands, all over-lapping each other. I haven’t stopped playing music since that day.

2. Tell us about your inspirations & motivations?
Many things drew me in and kept me in music. Mastering the art of playing an instrument was a big one. I always saw a guitar as a piece of crafted art, what guitar i played and how i played it was very important. Live, was the energy and the community. I also enjoyed chasing and building the dream: Playing that next bigger venue or getting the next support slot. Also things like working on album artwork, I get into every aspect of it and enjoy it. Now this just feels like part of my life. I would have a lot of free time on my hands without music.

3. What have you been up to in this lockdown and how has it affected you?
Well we released Xile’s Debut album I Am Your God on March 27th, right at the start of lockdown. It couldn’t be stopped so we rolled with it. We had some big tours planned that have been rescheduled, so we will get to do everything we wanted in time, which we are grateful for.

During lockdown we’ve been writing some new music, nothing too serious.

I hope our local venues can survive this because that’s our backbone !

4. What do you think of the NZ music scene?
I think it’s a resilient scene. International tours skip us, we get a few of the acts touring AUS, it can get frustrating. But we are resilient. The community is awesome and we share what we have. Something can be said for a small scene when you travel internationally. There’s no big group beef or genre specific shows, we all get mixed in together to co-exist.

5. Goal board time – where would you like to see yourself in a years time?
In a year, I want to see every major continent ticked off the list or  in line to be visited! The band is personally a way for me to see the world and experience culture, all while having fun doing it.

We’re excited for shows to resume and Xile to hit the stage with their recently-released material!
Luke touched on the local venues and we wanted to let you all know of the SAVE OUR VENUES campaign. Let’s help these venues keep going and supporting our local bands!